About the International Gem Society (IGS)

A society is about people that are interconnected. Here at IGS, gems have brought us together. IGS has members on every continent (except Antarctica) who range from seasoned professionals to the merely curious.

Professionals join IGS because gems are their favorite topic. We offer them the Gem Pricing Guide, an email newsletter, a Reference Library and advertising privileges. The professionals in our organization are important for sharing their wealth of knowledge. No one individual has the experience of the membership as a whole.

On the other hand, some of our members have no interest in working in the gem and jewelry trade and are merely curious. They simply want to unravel the mysteries surrounding their gems. Nowhere else can a person access so much information from an unbiased source.

In between, we have many lapidaries, metal smiths, collectors, private gem dealers, and a variety of merchants. Some of our members are making mid-life career changes; others are students planning for the future.

IGS was initially founded to make gemology information accessible and affordable to everyone. Members can enroll in our gemology course and take the complete course through to certification. Now, the mission has evolved to bringing together people who want to learn, discuss and trade gemstones. Come join our community! 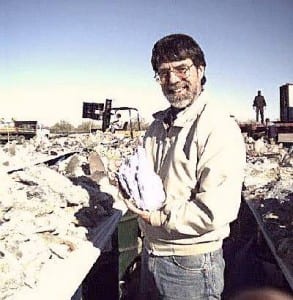 Posing with some Quartz

Donald Clark, CSM founded the International Gem Society in 1998. Donald started in the gem and jewelry industry in 1976. Throughout his career he served as a wholesaler and retailer of gemstones and finished jewelry. He received his formal gemology training from the Gemological Institute of America (GIA) and the American Society of Gemcutters (ASG), founded by the late Dr. Gerald “Jerry” Wykoff.

The letters “CSM” after his name stood for Certified Supreme Master Gemcutter, a designation of Wykoff’s ASG which has often been referred to as the doctorate of gem cutting. The American Society of Gemcutters only had 54 people reach this level. To become a Certified Supreme Master Gemcutter, the lapidary must have passed a written exam and scored better than 99.7% on two stones entered in competition. When citing Mr. Clark’s work in our articles, IGS still uses the original designations from Wykoff’s ASG, despite that organization having ceased operating after Dr. Wykoff’s passing.

Along with dozens of articles for leading trade magazines, Donald authored “Modern Faceting, the Easy Way.” This describes a method of faceting he developed. It greatly reduces the time needed to facet fancy shaped gems. It meets a real need in bringing the labor of custom gem cutting closer to the faster, but lower quality factory work.

In 2012, Donald Clark retired and passed along stewardship of the IGS to Seth and Lisa Rosen.  Seth and Lisa were longtime members of the IGS.  Seth is a gem collector and active Internet entrepreneur, who had already spent a great deal of time in the custom jewelry business (founding CustomMade).  Seth and Lisa felt strongly that the IGS needed to remain a cost-effective, accurate, and comprehensive resource for all those interested in gemology.

IGS would not be where it is today without the incredible contributions of many amazing contributors.

Jeffery Bergman – Jeffery Bergman, SSEF, SGC was a contributor to the IGS long before Seth and Lisa were involved.  Aside from Don Clark, he is the longest-standing contributor to IGS.  In honor of over 20 years of friendship and support, Jeffery holds the honorary title of Vice President, Emeritus – International Gem Society.  He is, and always has been, a fully pro-bono contributor and maintains no financial interest in IGS.

Jeffery is founder and director of Primagem in Thailand. He is an American gem dealer with more than 40 years of experience in gemstone and fine jewelry mining, cutting, wholesaling and retailing. His career has taken him to more than 50 countries and every continent except Antarctica. He has appeared on the BBC, CNN, NBC, ABC and GEO; and has been featured in Time, USA Today, National Geographic, Gems & Gemology and Discovery Channel magazine. He is a regular guest speaker at gem lab seminars and gemological association conferences and universities.

Just wanted to thank you for the fantastic adventure I have had since becoming a member of IGS. The quality of your Gemology Course is tops. Nice to know that such folks as you exist. What a gift you give, passing this knowledge along to those of us who are seekers.

You are one heck-of -a-writer. This course is so well written, that I’m convinced that anyone, even me, can understand and master this material. After having read the first four introductory articles, I find myself actually wanting more time to study. It’s like a good who-done-it mystery. It just can’t be “put down.”

I am writing this e-mail specially to extend my most grateful thanks to you (in fact on behalf of all the IGS members) for the variety of invaluable New Year Gifts you have accorded to the members for 2006. I feel, your dedication to “bringing quality information and educational services to everyone interested in gemstones” is truly one-of-its-kind. I, and most probably many other members too, owe our gemology knowledge to IGS. You are indeed our “Guru” in the true sense of the term. Your knack of simplifying the most complicated topics and your constant endeavor to update the existing information are really unique. Since, as you said you have more planned for this year than you will be able to complete, I wish God gifts you longer days which have 42 hours instead of the usual 24!

Thanking you once again and with Best Regards,

I have been on the distant sidelines of the jewelry business for a long time with a great love of colored stones and working with gold. I am committed to getting into the field full-time and even being self-employed and recognize the need for the credentials. I must tell you that IGS is a Godsend for me, as I do not have the resources or the six months required to get a GG from the GIA now. I really appreciate being part of the organization.

I want to personally commend you on your article in the summer issue on the polariscope. I have told you I am self taught with only reference material. I am still trying to learn what I am reading from the article. Thank you for the lesson. This one article is worth five times the membership to IGS!

I have never known or heard of an organization that offers so much for its members, and at such a low cost. You are so honest and helpful to the members. I hope you get the recognition that you deserve. What started as a hobby in 1998 and now is a small home business for my wife and I (we also have day jobs and two young children), has been made so much easier by the information you supply.

Thanks for all the effort and work on IGS. It has helped me tremendously in many different aspects of my business, from faceting to pricing and even historical anecdotes that I can share with people at shows. I really appreciate what you are doing.

My sincere thanks for your time in providing the information! Everyone I asked had a clever “answer” which mostly included the much-touted “C” advisory put out by the diamond industry. Made it sound like a closely guarded secret known only to jewelers. I am only a humble collector (mostly garnets) seeking to provide practical information to my broker.

Thank you for encouraging an infant love of gemstones and for being so democratic in promoting the hobby. I have met with a lot of subterfuge. Your attitude is very refreshing and much appreciated.

You know the best thing that I have learnt from your great courses is that it does not matter how much you think you about gems, you never stop learning, each day there is something more learn, it will never stop. Thank all for the help, education and support that you give IGS members.

Thank you for marking my exam as quickly as you did. I’ve spent a
tremendous amount of time and energy in preparing for this exam. I am very pleased with my results.

I found the couse material to be very complete and up to date. The exam
format forced me to review the course material over and over. I now feel I
have a pretty good handle on gem theory due to this format.

Take your love of gemstones

TO A NEW LEVEL

Join the thousands of fellow gem lovers who are already members 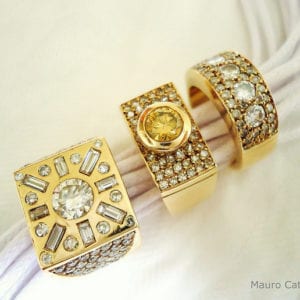 Diamonds are popular gemstones surrounded by popular misconceptions. We’ll tell you how they became so prized and debunk some of those diamond… 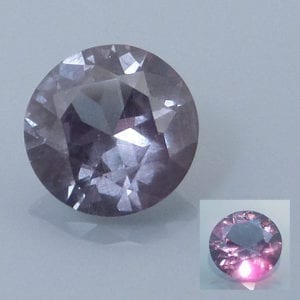 Any stone that changes color under different types of light is a rare treat for collectors. Color change garnets show the widest range of transformations… 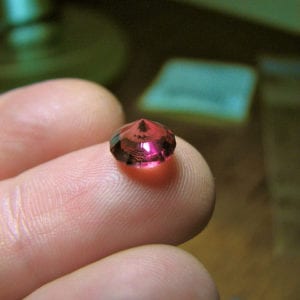 The AGTA has proposed the use of gemstone treatment codes to promote disclosure and a common language for these procedures. Learn what these codes… 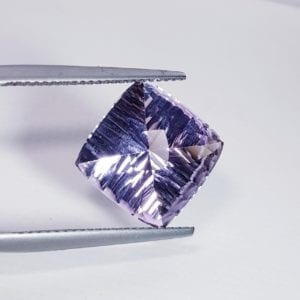 How can gem buyers avoid undisclosed gem treatments and substitutions? Learn why it’s best to deal with expert gem cutters rather than commercial… 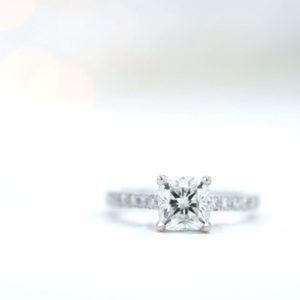 Is an SI Clarity Diamond a Good Deal?

Clarity grades are the most confusing part of diamond engagement ring buying. See what an SI clarity diamond looks like and learn how to pick the…

Looking for regular volume buyers for Emeralds, Rubies and Sapphires of Pakistani and Afghan origin

Moissanite durability- can it hold up?

How to clean A. D. Leveridge Gauge?

Pics of your favourite Tucson Buys