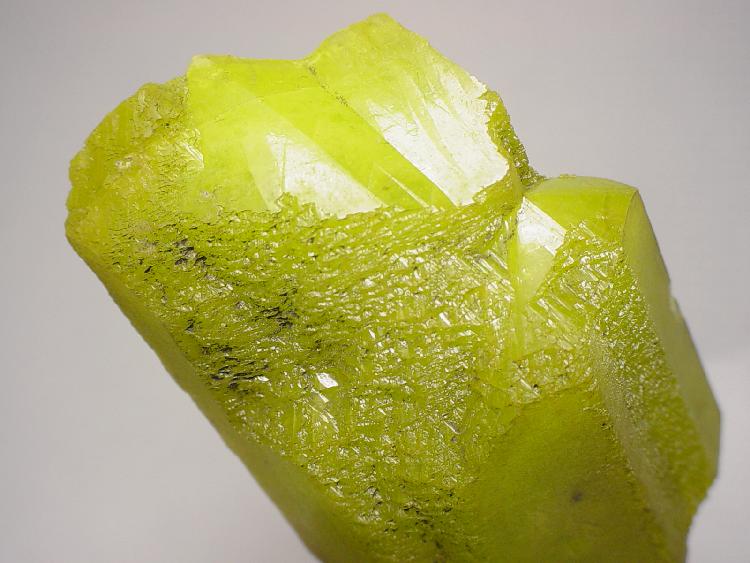 Ettringite is not generally facetable. Any cut stone would be considered an extreme rarity.

South African material has yielded minute stones, some of which may have been labeled sturmanite.

South Africa: Associated with sturmanite at the Jwaneng mine, near Hotazel. The sturmanite forms yellowish coatings, with ettringite cores.

Material from Ettringen and Franklin is microscopic. A 2.5 carat pale yellow ettringite was faceted from material found in the center of a mass of sturmanite from South Africa. This may be the largest known for the species.