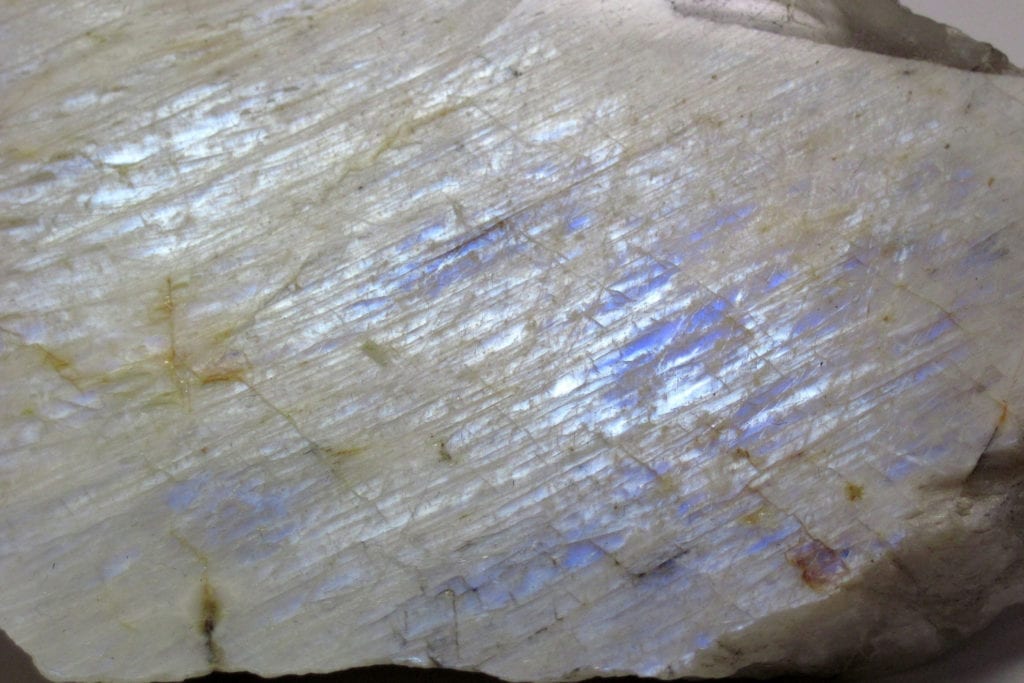 Peristerite is primarily oligoclase with a complex mixture of feldspars. It has iridescence that is either blue or white.

Compositions in the calcic oligoclase range (Ab76) cool and unmix to an inhomogeneous mixture of two feldspars, producing a Schiller, which in the case of peristerites is white or bluish. The effect seems to emanate within the body of the feldspar as a kind of glow.