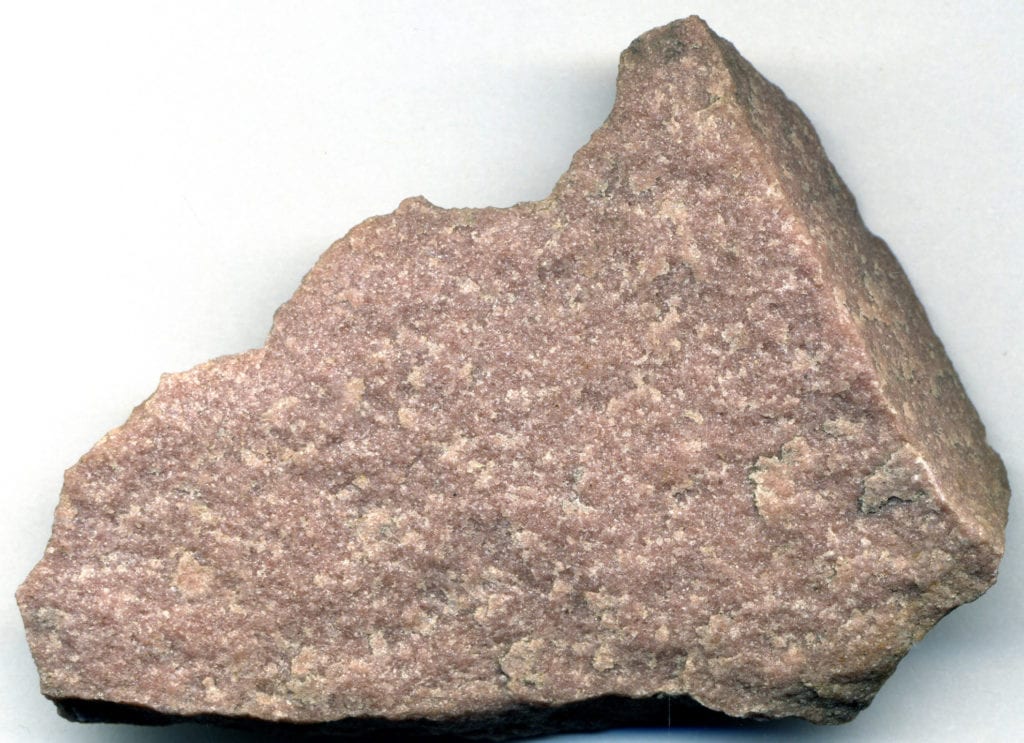 A rock made up of tightly packed quartz grains, formed at high temperature and pressure, due to metamorphism. Sometimes it contains small crystals that reflect light, and this material is called aventurine. Usually the included crystals are green, chrome-rich mica called fuchsite. Other micas that may form aventurine include gray varieties or brown types (from Chile). The density is usually 2.64-2.69. Occurrence: Spain; Russia; India; Chile.