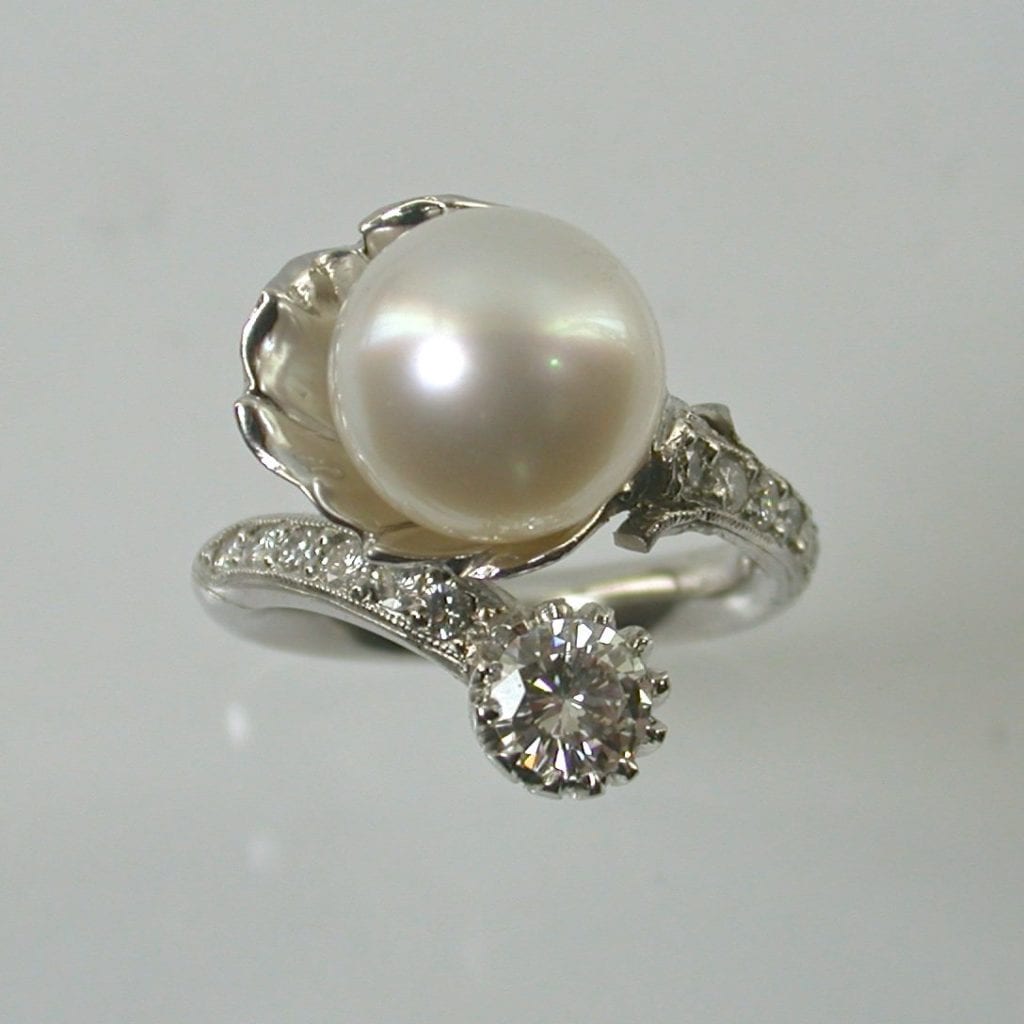 Traditionally, any cultured pearls grown in the waters south of Japan were considered South Sea pearls. Now, the term applies only to white and golden pearls grown in Pinctada maxima oysters.

This saltwater mollusk can reach very large sizes. In the wild, specimens 30 cm across weighing 5 kg are not unheard of. Because of their large size, they can accept large bead nuclei and produce very large pearls, from 8 to 20 mm.

Although cultured blister pearl operations in Australia began as early as 1906, they didn’t successfully cultivate whole pearls until after World War II. In fact, the Australian government passed a law in 1912 prohibiting any cultured pearl operations in an effort to prevent competition for the natural pearl industry. Nevertheless, once the cultured pearl industry boomed in Japan, it was clear that was the way forward.