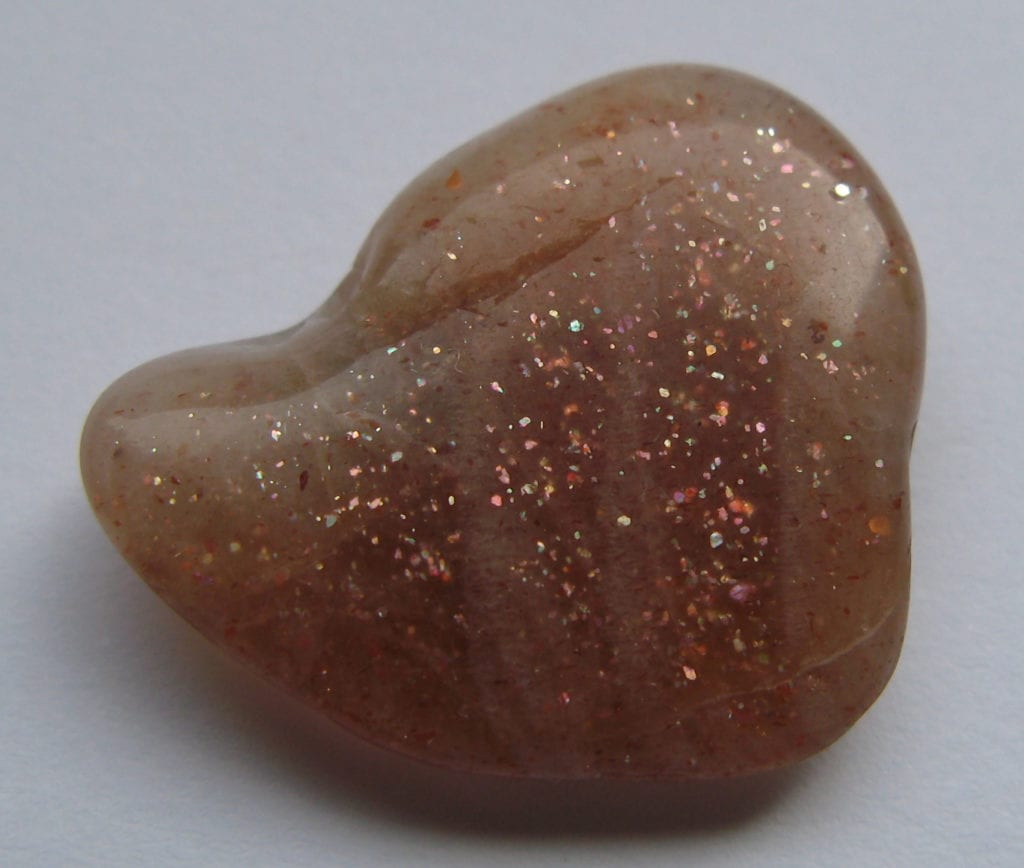 Sunstone, Variety of Oligoclase from India By Ra'ike (Own work) [GFDL or CC-BY-SA-3.0], via Wikimedia Commons

This material contains hematite or goethite inclusions, which reflect light in parallel orientation and create a sparkling sheen in gold to brown color shades. Sunstone may be oligoclase or labradorite in composition and is much admired as a cabochon material among hobbyists. (Labradorite with aventurescence caused by copper inclusions is known as Oregon sunstone and is described in a separate gem listing). Very fine material is not abundant and is hard to obtain.

Cabochons from Norwegian and Indian material may reach 100 carats or more. Most available material cuts smaller stones, however. This is because the rough is usually badly shattered and cracked.