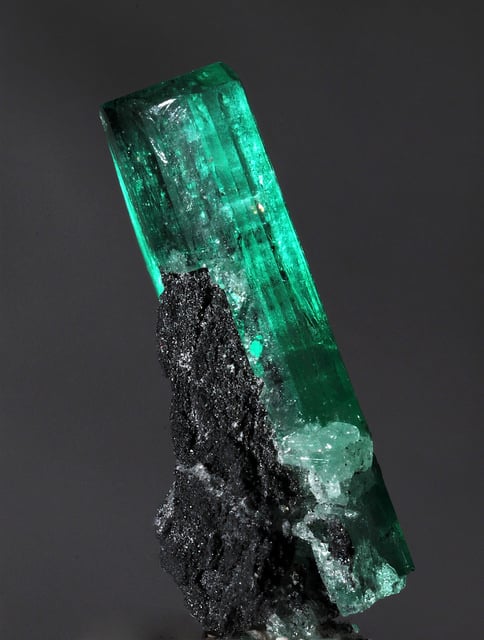 Beginner 5 Units 22 Lessons
Learn More
Question: Aquamarine and most other members of the beryl family have nice big, clean crystals. Why are emeralds different in general? What causes emerald fractures? No one has given me a good answer yet. Isn’t a beryl a beryl?
By International Gem Society 1 minute read 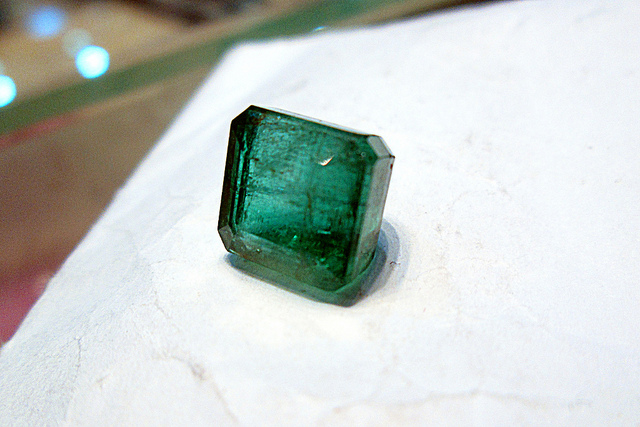 Answer: The same things that give emeralds their intense green color can also cause their fractures.

The Chemical Basis for Emerald Fractures

This is the chemical formula for beryl:

Beryl is composed of aluminum (Al), silicon (Si), oxygen (O), and extremely rare beryllium (Be). When the elements chromium (Cr) or vanadium (V) replace aluminum in the beryl formula, you get emeralds.

Natural emeralds form underground in intense heat. As the replacement of aluminum takes place, gases escape, creating microscopic voids in the crystals. Other minerals can fill these voids, creating inclusions that also strain the crystal structure and can cause emerald fractures. Sometimes, the gases themselves remain trapped and form bubble or liquid inclusions inside the gemstones.

Emeralds aren’t the only members of the beryl family to undergo this process. Red beryl (bixbite) is formed when manganese replaces aluminum.

Emerald has been synonymous with the color green since ancient times. A fine emerald is a truly breathtaking sight, and this member of the beryl… 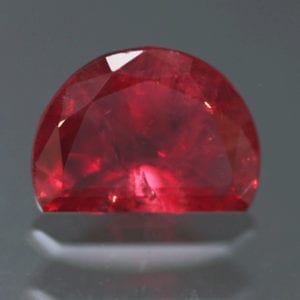 Originally known as bixbite, red beryl is one of the rarest, most desirable, and most expensive gemstones. Most fine crystal specimens are zealously… 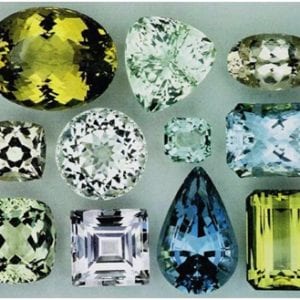 The beryls are among the most popular, and also the most expensive, of all gems. A wide range of color is represented, from colorless to black. Beryls…

La Belle De Jour is a unique emerald matrix. Learn how it formed, where it was found, and what makes it special. Take a closeup tour of this 256 lb wonder.…

Colombian emeralds can command premium prices. Jeffery Bergman separates emerald myth from fact when it comes to determining the origins of these…

A couple claims the Beleza Emerald was lost in the Camp Fire of 2018 and was worth $280 million. The valuation doesn’t add up to us, and we explain why.…

Almost all cut emeralds have had clarity enhancements. Learn how these emerald enhancements work, what substances are used, and how to detect…

Diamond Rough and Equipment for the Occasional Diamond Cutter

Finding good diamond rough and the right equipment can be challenging for a non-professional diamond cutter. Learn what to look for here.

With bright rainbow iridescence, ammolite is sure to draw attention. Read about this gem’s unique quality factors before your next ammolite…

Gemstone cleavage is a break in a crystal along internal planes. Learn the science behind this and the difference between cleavage, fracture,…