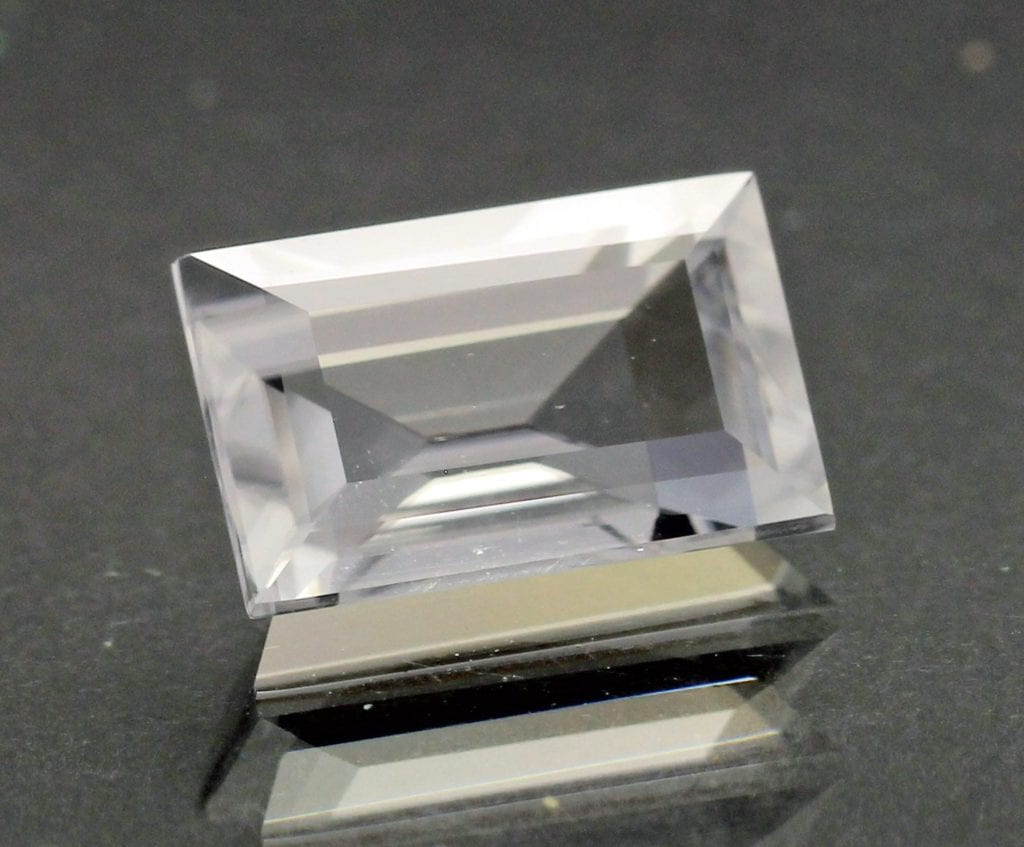 Although hard enough for jewelry use, rare hambergite is a gem for collectors of the unusual. Its combination of high birefringence and very low specific gravity makes it easy to identify. 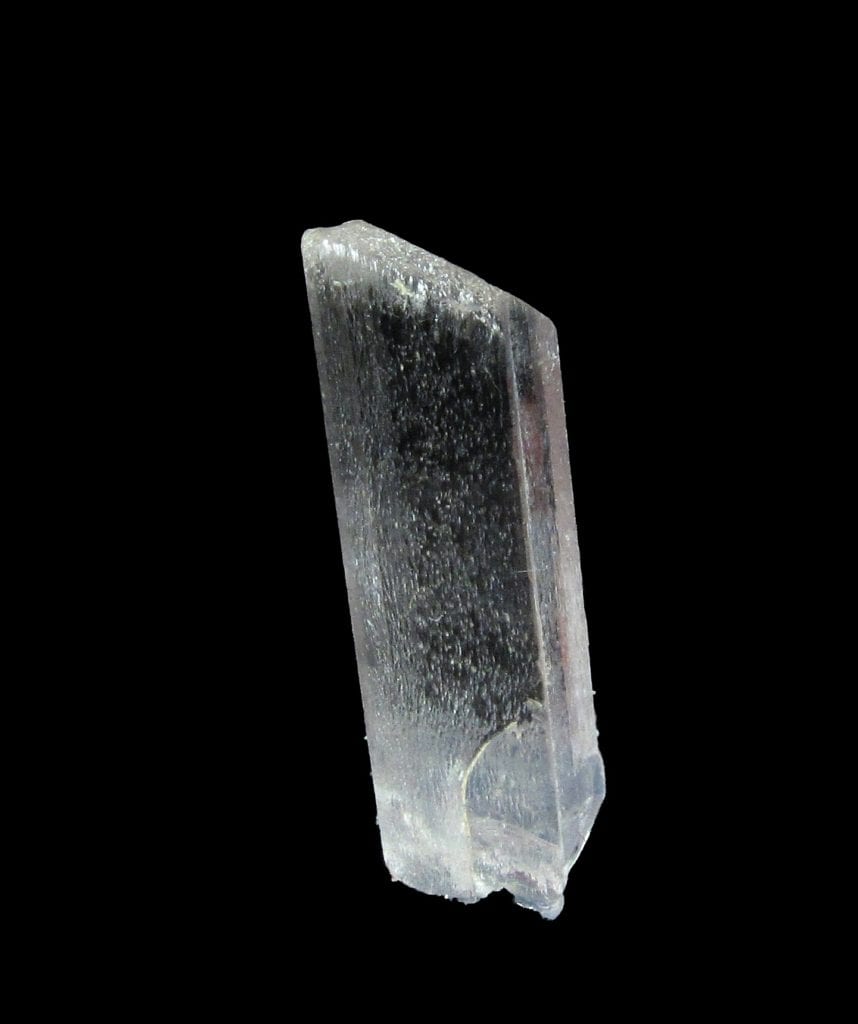 Hambergite has the lowest known specific gravity of any gem with such high birefringence. As a result, larger size stones will show significant birefringent effects without much additional weight. Although hambergites have little fire and may resemble quartz gems, they have much higher birefringence than similar-appearing gemstones.

Usually, cut stones are not clean but filled with cleavage traces. 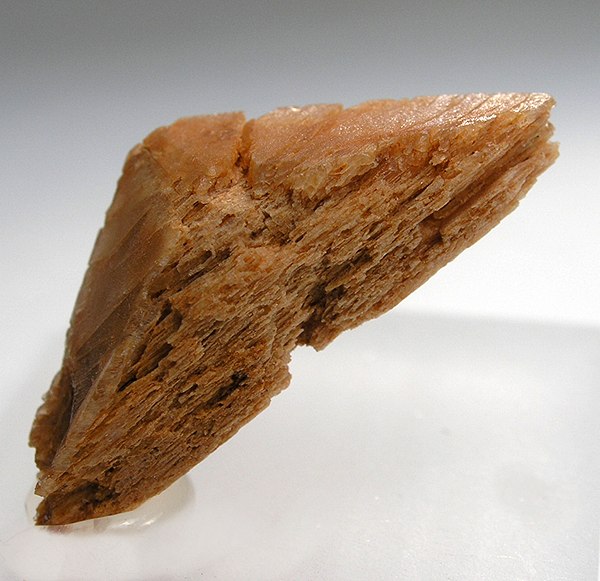 An unusually colored and boomerang-shaped hambergite specimen. Rob Lavinsky notes: “Unlike all others I have seen which are pale white, this has color. Why?! We don’t know!” Himalaya Mine, Gem Hill, Mesa Grande District, San Diego Co., California, USA. © Rob Lavinsky, www.iRocks.com. Used with permission.

Other significant sources of crystals include the following: 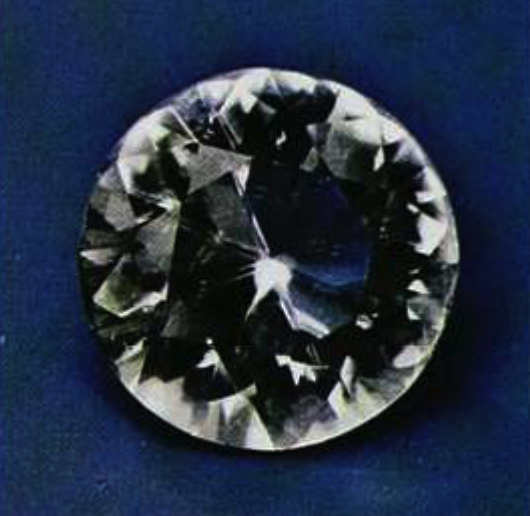 Hambergite is a fairly rare mineral, and material transparent enough to facet is rarer still. In 1968, a dealer offered a white stone of 28.86 carats. Nevertheless, cut gems over 5 carats are very rare.

This gem’s relatively high hardness (7.5) exceeds that of quartz. However, its cleavage can make faceting difficult. These stones would more likely reside in mineral collections than on jewelry pieces. Although hambergite requires no special care, consult our gemstone jewelry cleaning guide for more recommendations.