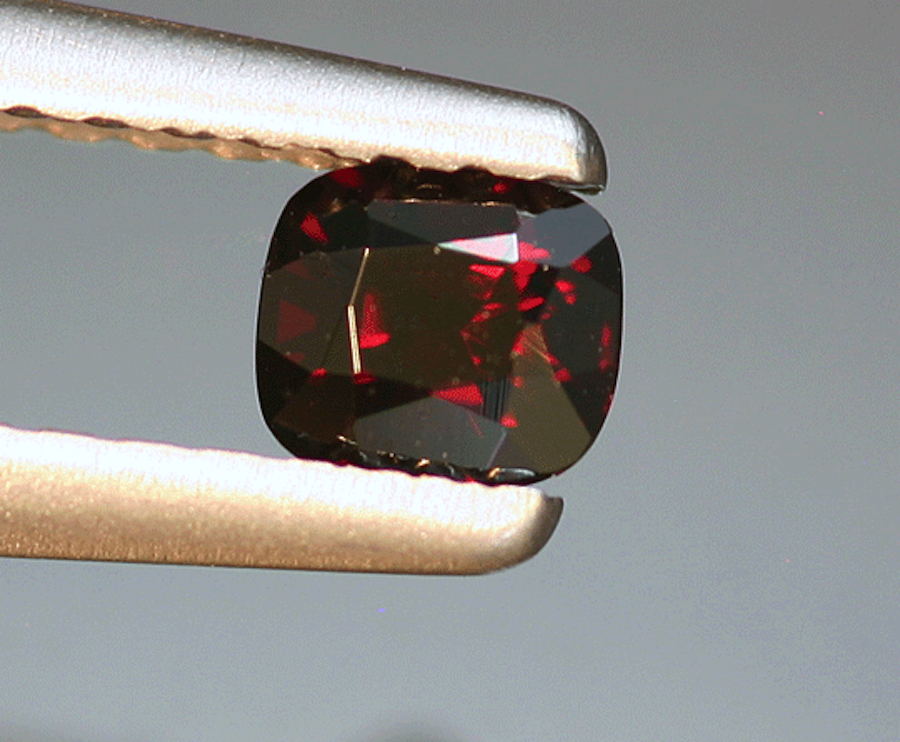 Painites are found only in Myanmar. The first painite specimen, a single crystal, was identified as a new gem species in 1957. Until 2001, only two more crystals were found. Since then, more painites have been discovered. Over a thousand crystals and fragments have now been recovered, but most of this material isn’t facetable.

Although painites have a hardness of 8, great brilliance, and attractive red colors, they present some challenges for gem cutters. Even gem-quality rough is typically highly included and fractured. As a result, faceters tend to cut these gems small and shallow, which can impair their brilliance.

Although new finds of painite have produced very heavily included and fractured rough, an expert gem cutter can still bring out the beauty of this rare material. Very dark brown, rectangle step-cut painite and rough. The faceted gem weighs 0.75 cts and measures 3.7 x 6.8 mm. © The Gem Trader. Used with permission.

Painites have colors and a specific gravity that overlap with those of almandines, spessartites, and rubies. This means that some cut gems might have been misidentified as rubies or garnets. However, painites have refractive index values that differ from rubies, and their birefringence and absorption spectrum should distinguish them from garnets.

In 2007, a brown specimen from the Natural History Museum, London, originally identified as a tourmaline with rubies from Mogok, proved to be a painite. 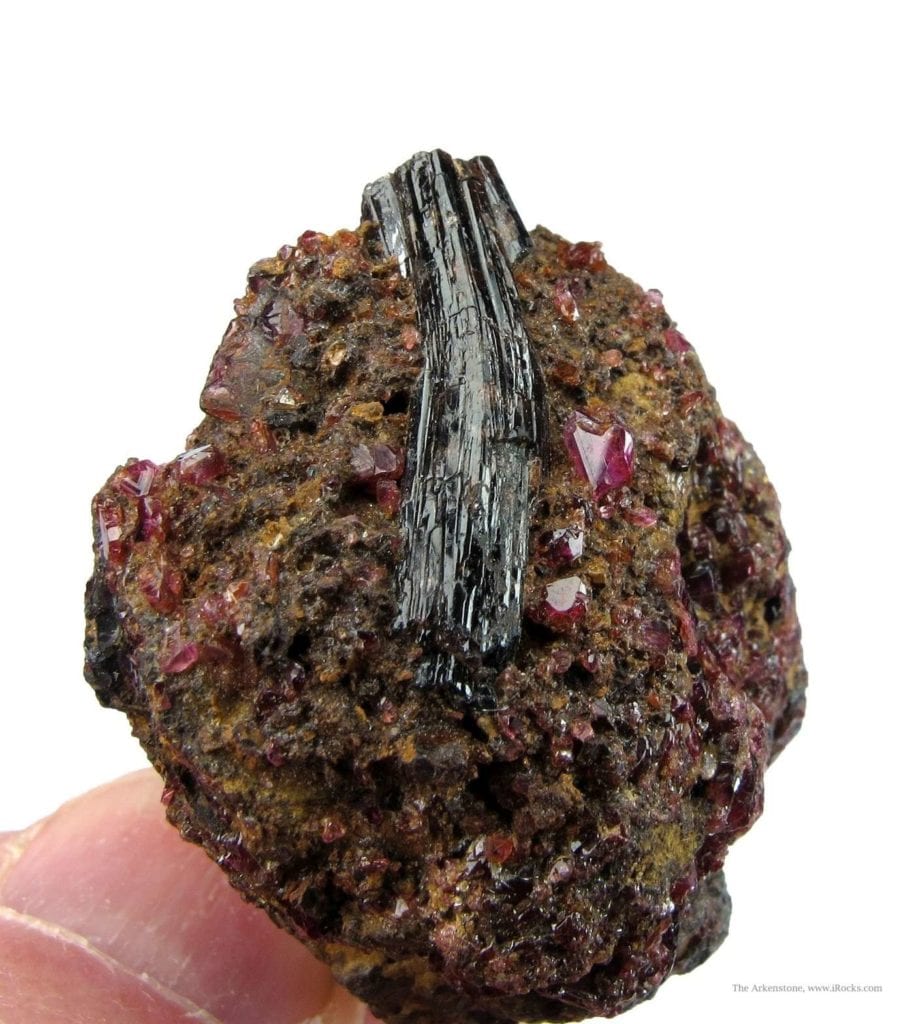 Myanmar remains the sole source of painites. In addition to Ongaing, the type locality, Kyauk-Pyat-Thet in Mogok and Namyazeik in Kachin State have produced gem-quality material.

Although painites do have great resistance to scratching, they may also contain inclusions and fractures that make them susceptible to impacts from everyday wear or heat and vibrations from mechanical cleaning systems. Consult with a gemologist to evaluate your gemstone and determine the best way to set and clean such a rare piece. Otherwise, a soft brush, mild detergent, and warm water should pose no risks for painites. For more care recommendations, consult our gemstone jewelry cleaning guide.