Unit: An Introduction to Gemology 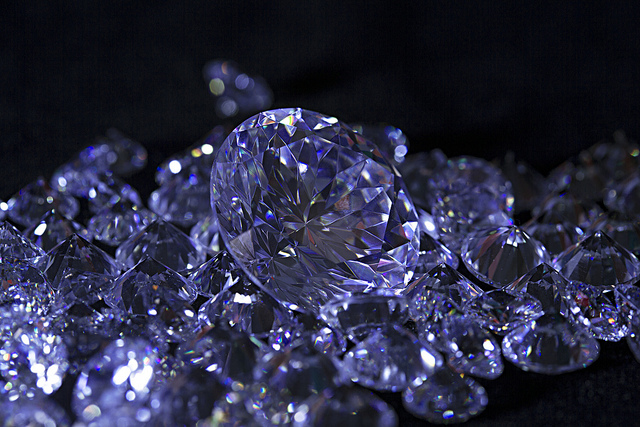 “Cubic Zirconia” by Jack Spades. Licensed under CC By 2.0.

Little is simple and straightforward in gemology. Every established principle has an exception. This applies to gem classification as well. There isn’t one way to classify gemstones. Rather, there are several. Each has its own purpose as well as exceptions that warrant close attention.

For centuries, people have used the terms precious and semiprecious to describe gemstones. You’ll still occasionally hear these terms today. However, this gem classification has so many exceptions it has no real value. For example, diamonds have traditionally been considered precious gems, yet some sell for $100 a carat. You can see them (with sufficient magnification) as accent stones on inexpensive jewelry. On the other hand, garnet gems have traditionally been considered semiprecious gems, yet some sell in excess of $1,000 a carat, ten times the price of a low-quality diamond.

Referring to a set of gem types as “precious” and all other gems as “semiprecious” can be misleading, since it implies precious stones have inherently greater value. Professional gemologists no longer use these terms. Consumers, be wary if you encounter these descriptions.

In this gem classification system, all diamonds, whether clear or colorless, are still considered diamonds. Conversely, a colorless sapphire or topaz is still classified as a colored stone. 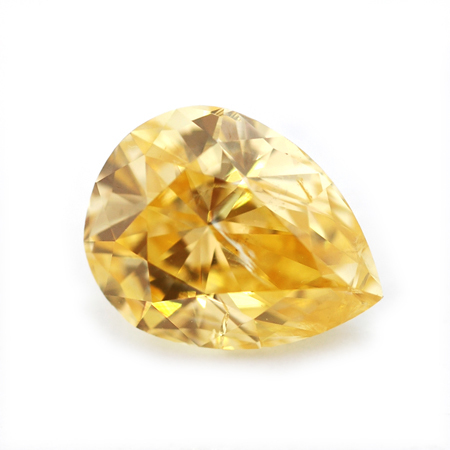 Another way to classify gems is as natural or synthetic. Natural stones, of course, form in nature. Stones created in labs can be subdivided further.

For a long time, gemologists considered cubic zirconia (CZ) a homocreate gemstone. However, tiny CZ crystals not large enough to be used as gems have been found in nature. This discovery means CZ is a synthetic stone rather than a homocreate.

Natural and synthetic materials can share the same properties yet still have considerable differences. The main difference is rarity. A natural gem usually takes millions of years to form. Plus, many people feel natural stones have aesthetic qualities not found in mass-produced materials. Value is another difference. Since natural gemstones are rarer and take longer to form, they’re more valuable than their synthetic counterparts. For this reason, distinguishing between naturals and synthetics is an essential skill for gemologists.

Another approach to gem classification is to separate gems into organics and inorganics. Organics refer to gems whose formation involves living organisms. Amber, for example, began as tree sap. Various mollusks create pearls. Hence, these gem materials are classified as organic.

The term inorganic covers everything else. So, everything in the mineral world falls into the inorganic classification. One notable political exception arises in the U.S. In this country, a gemstone can only be classified as a mineral if it was created geologically in the earth. Thus, lab-created stones, even though they have the same properties as their natural counterparts, can’t legally be described as minerals. For gem classification purposes, these lab-created gems have the same properties as their natural mineral counterparts. However, advertisements can’t describe them as minerals. 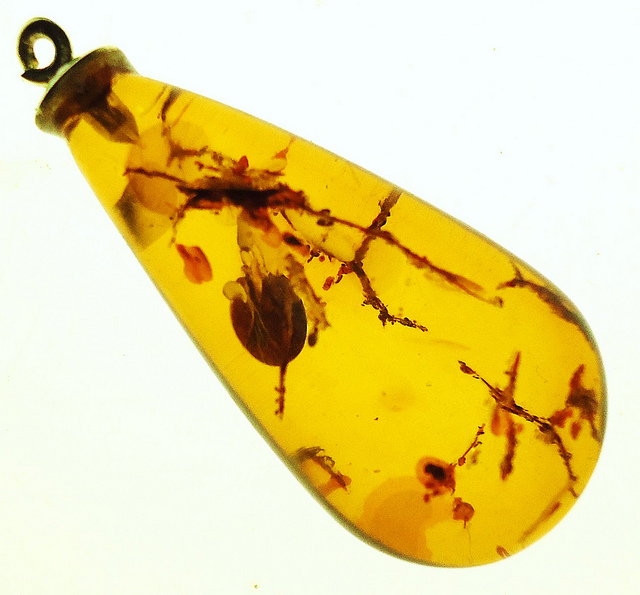 The term aggregate applies to groups of small gems that form together. Aggregates form when the requirements needed for crystal formation, such as the presence of certain chemicals, heat, pressure, time, and space, aren’t present for the necessary amount of time.

Although an aggregate may look amorphous, it consists internally of thousands of microscopic crystals. The most common example of aggregate minerals is the chalcedony family, which includes agates and jaspers. These members of the quartz family share many common characteristics. So, these aggregates may have the same specific gravity and refractive index as a whole crystal of quartz but very different appearances. 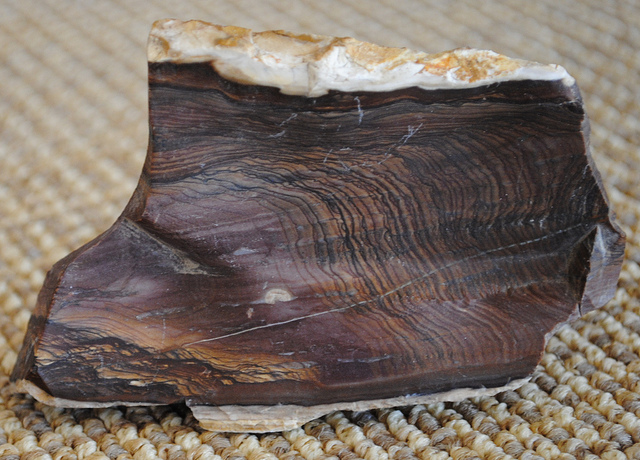 “Biggs Jasper” by Deidre Woollard. Licensed under CC By 2.0.

Whereas crystals and amorphous materials have a single main ingredient, a mix of minerals comprise rocks. While not a gem material, granite is one of the most common and best known rocks. If you look carefully at a sample, you’ll see black, white, and gray bits all bound together. You won’t see too many rocks in gemology. Lapis lazuli is perhaps the most well-known rock commonly encountered in the gem world. 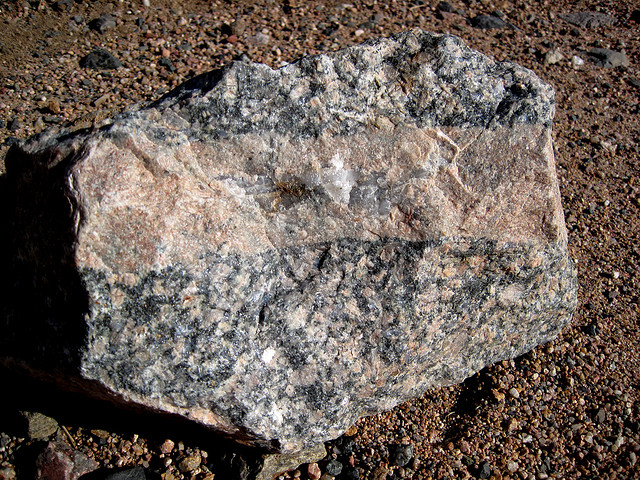 Now we’re getting into the heart of gem classification. The vast majority of gems are minerals. Both chemical makeup and molecular structure define the mineral species.

Chemical makeup refers to the atoms contained within the mineral. Diamond, for example, has the simplest chemical makeup. Carbon (C) is the only element present. Corundum is composed of just two elements, aluminum (Al) and oxygen (O), expressed as the formula Al2O3. This means a molecule of corundum contains two aluminum atoms and three oxygen atoms. The chemistry of other gems gets more complicated. For example, tourmaline’s chemistry is expressed as Na(Li,Al)3Al6B3Si6O27(OH)3(OH,F).

Molecular structure refers to how molecules attach to each other. While you can’t see individual atoms, you can see the results of how they attach to each other in whole crystals. Diamonds form crystals that look like two pyramids attached at their bases. Quartz forms elongated crystals with six sides. These are results of their molecular structures. For example, imagine you have two sets of tiles. The four-sided tiles will form one kind of design. The six-sided tiles will form an entirely different set of designs. The two styles can’t fit together. Each set makes up a different crystal system.

Used in pencil leads, graphite is very soft and black. The hardest substance in nature, diamonds are colorless. Diamond and graphite both have the same chemical makeup: pure carbon. So, what accounts for the difference in appearance and hardness? Their different arrangements of carbon atoms. The carbon atoms in diamonds are arranged in a tetrahedron pattern where each carbon atom is bonded to four other carbon atoms. This structure is incredibly stable, which accounts for a diamond’s hardness. On the other hand, the carbon atoms in graphite are arranged in a “chicken wire” pattern. This structure is less stable. This makes graphite soft. 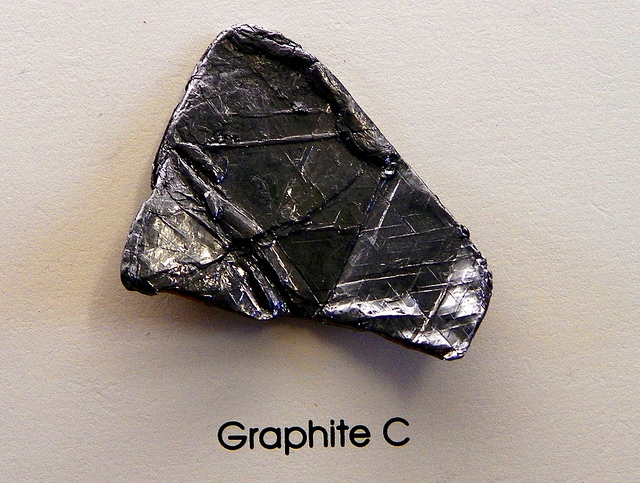 Throughout this article, we’ve discussed pure minerals. In nature, minerals commonly have impurities present in very tiny amounts, usually 3% or less of the crystal by weight. These impurities don’t change the primary chemistry. Therefore, the mineral name, or species, doesn’t change. They do, however, change some of the mineral’s characteristics, so we use a sub-classification called a variety. Changes in characteristics such as appearance can have a considerable effect on a gem mineral’s value.

Corundum and beryl are called mineral species. Their colored versions are varieties. Another very common species is quartz, with colored varieties such as amethyst, citrine, and smoky quartz.

There’s always an exception or two. So, here we go. Not all minerals are colorless in their pure state. Garnet is one of the most obvious examples. Furthermore, there are several species of garnets as well as varieties. Garnets all share the same structure and a lot of similarities in their chemical makeup. However, they do have variations in chemistry. Each of these variations equals a new species of garnet.

Here’s an illustration that’s not quite scientifically accurate but still helps explain how garnets vary. Look at your hand and pretend it’s a model of a garnet molecule. All garnets have the same structure, the shape of your hand, and pretty much the same chemistry. The last joints of your fingers represent separate atoms. While most of the atoms remain the same, different atoms can reside in those places. If you change the atoms (the chemistry), you change the species. That’s the rule. However, you can see that the shape of your hand has not changed nor have any of the other basic characteristics. Hence, the species are still garnets.

“Grossular Garnet,” from Mexico, by Jarno. Licensed under CC By 2.0.

Common red garnets are either almandine or pyrope garnets. Both of these garnet species are deep red. However, each has a slightly different chemical makeup. That being said, the purest almandine garnet ever found contains 20% pyrope. The purest pyrope contains 20% almandine. Each of these gems also contains a minute amount of other garnet species. When gemologists need to name a garnet, they call it by the majority component. As you can see, this isn’t always a clear distinction. Consider this: if the purest pyrope garnet ever found is only 80% pyrope, then there are a lot more specimens that are closer to being only 50% pyrope. Gemologists describe most garnets simply as almandine-pyrope blend.

Some garnet blends take on a distinct set of characteristics. For example, a rhodolite is approximately 70% pyrope and 30% almandine. What makes it distinctive is its purple coloring, since its two major components are red. This quality is distinct enough that rhodolite is considered a variety of garnet.

Garnets are never found in their pure state but always in combinations with each other. For example, most gem-grade garnets are in the almandine-pyrope-spessartite series. Almandine, pyrope, and spessartite are individual species of garnet and are always found together. The species that makes up the majority gives its name to the gem. This kind of blend, where species of a specific gem are always found together, is called a solid-state series. Feldspar minerals also form in series like these.

Minerals are also classed as groups. Although more important to mineralogists than gemologists, learn the terminology. The fields overlap and the terms appear occasionally in gemological texts.

A similar situation exists for the tourmaline and feldspar groups. Only a few of their members are used as gems.

Shared chemistry can also categorize minerals. For example, all minerals that contain silica are grouped as silicates. Although not important to all gemologists, gem cutters may find this information useful. For example, when lapidaries are cutting a gem for the first time, they must determine the best polishing compound. Identifying the class of the gem makes it reasonable to start with compounds that work for other gems in that grouping.

The optical properties of gems attract our eyes and can give a cut stone a unique character. However, gemstone physical properties are also important.…

Is a Super Ideal Cut Diamond Worth It?

Super ideal cut diamonds meet exacting standards for top visual performance. But are they worth the extra cost? Before you buy, learn about these…

A trillion-cut diamond makes a distinctive center stone, but finding a good one can be difficult. Learn how to choose the best quality stone for…

Gem treatments can affect a stone’s value and stability. Learn how the most common procedures work and how to identify enhanced gem inclusions.…

Gem weight in ready made jewelry

My COVID-19 message to the gem and jewellery industry

Which one is the best Gemology Microscope ? where i can buy