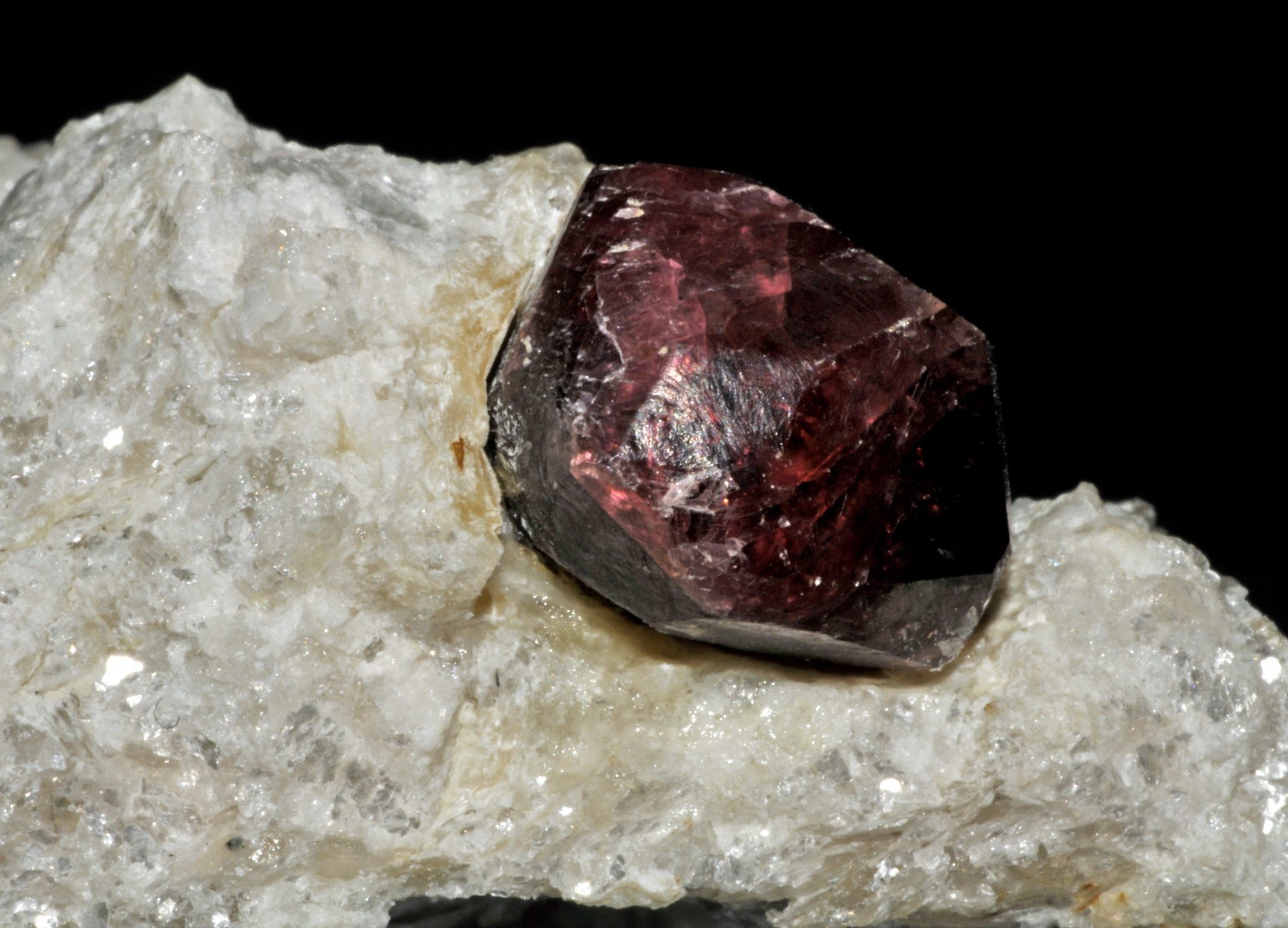 By Parent Géry (Own work) [Public domain], via Wikimedia Commons

Pyrope comes from a Greek word meaning fire like. The common dark red garnets are a mixture of pyrope and almandine. 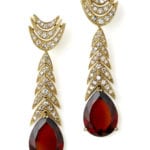 Pyrope comes from a Greek word meaning fire like. The common dark red garnets are a mixture of pyrope and almandine.

One popular garnet is chrome pyrope, whose color rivals ruby. These are found in Arizona, where ants bring them to the surface. Hence, they are dubbed, ant hill garnets. While their color is superb, they are very dark in tone. Gems are rarely faceted in sizes over one carat because of this.

A pure pyrope (end member in the series) is unknown in nature. Pyropes always contain some almandine and spessartine components. The almandine component can easily be detected spectroscopically. Large, clean pyropes of lively color are very rare and would be very expensive. Some pyropes show an interesting color change. Material from Norway (N= 1.747, S.G. = 3.715) is wine red in incandescent light, violet in daylight, but these stones are very small (about half a carat). Pyrope from the Umba Valley in East Africa (N= 1.757, S.G. = 3.816) are pyrope-spessartines (with some Ca and Ti); they are greenish blue in daylight and magenta in tungsten light. They have inclusions of plates of hematite and rutile needles. All these color-change pyrope-spessartines have absorption bands at 4100, 4210, and 4300 that may merge to form a cutoff at 4350. In stones with a strong change of color, a band at 5730 is broad and strong. Gems sold as pyrope are usually almandines with a pyrope component, especially if they are of large size. The pyropes from South Africa occur with diamonds, and sometimes pyrope crystals are inclusions within diamonds. The color of these is superb, blood red, but the sizes are always very small. Malaya is a variety of Pyrope-spessartine that varies in color from red, through shades of orange and brownish orange to peach and pink. Absorption bands are always visible at 4100,4210, and 4300 that may merge to form a cutoff at 4350. There may also be absorption bands at 4600, 4800, 5040, 5200, and 5370. These stones are only known from Tanzania

OCCURRENCE: In peridotites, kimberlites, and serpentine rocks, and sands and gravels derived from their weathering; also in eclogite and other basic igneous rocks.

Arizona: a component of ant hills.

The best known pyrope is from near Trebnitz, Czechoslovakia, the so-called Bohemian garnets. The garnets occur in volcanic breccia and tuffs and conglomerates. These garnets provided a major local industry in the nineteenth Century, but the deposits are exhausted. An enormous quantity of pyrope from these mines was sold. 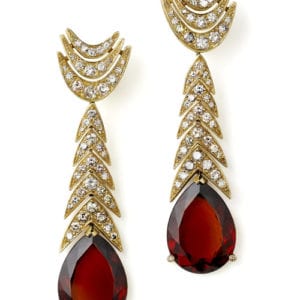 Gemologists may immerse gems in refraction fluids during examinations. This refractive index list of household liquids offers some common alternatives.…