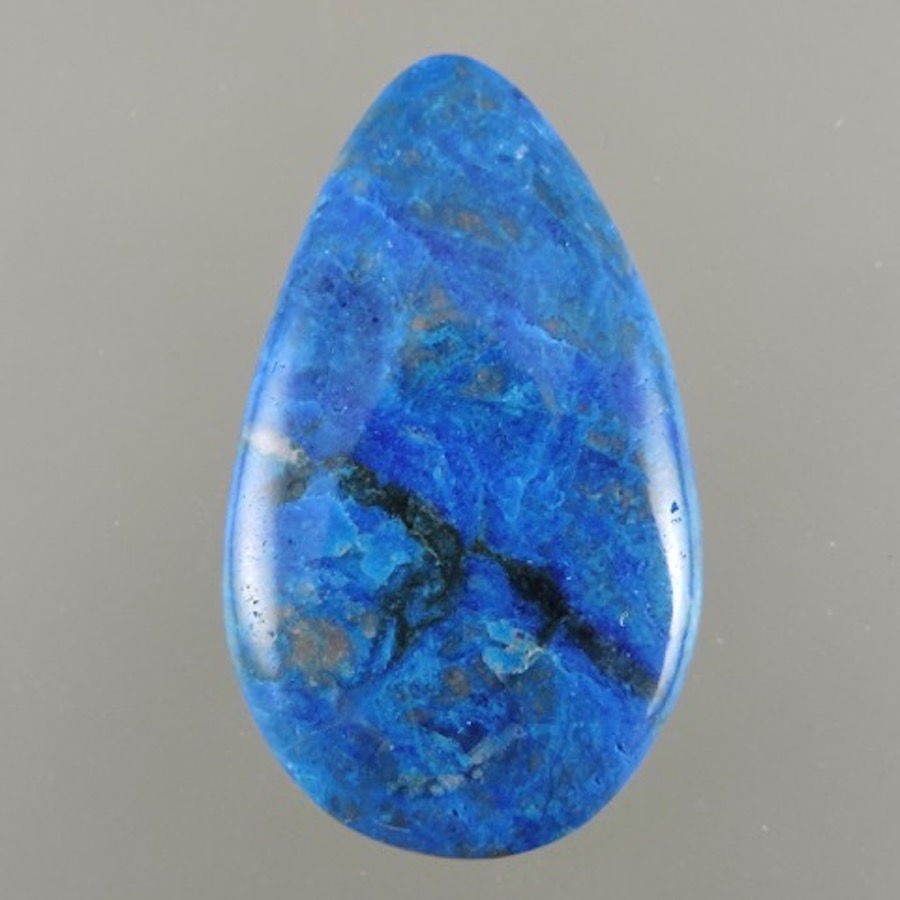 Cerulean blue papagoite crystals are too small for faceting. However, massive material mixed with quartz can be cabbed, while quartz crystals with papagoite inclusions make striking specimens for collectors. 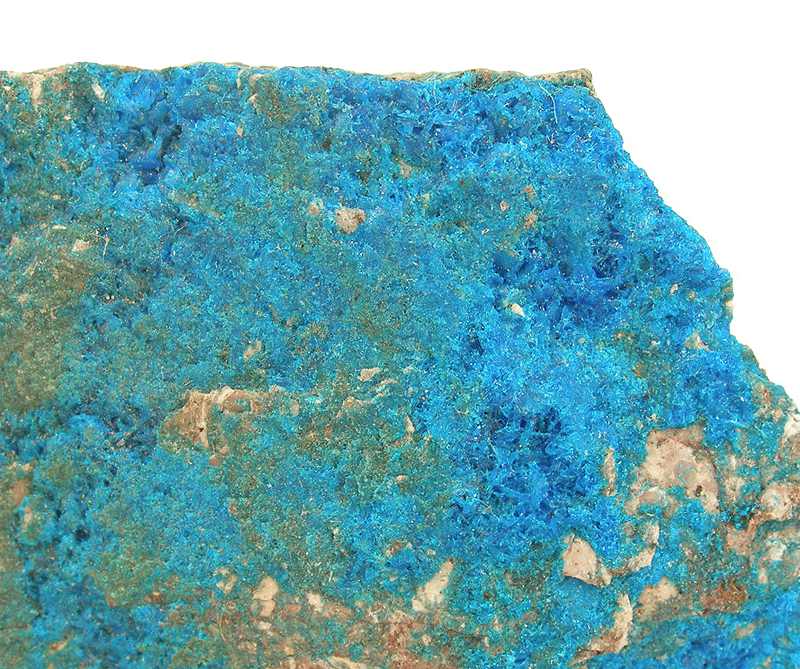 Papagoite was originally found as tiny crystals associated with blueish green ajoite in Ajo, Pima County, Arizona. This microcrystalline material isn’t cuttable. However, massive papagoite found mixed with quartz has greater hardness and wearability. It can also take a high polish, which makes it suitable for cabbing. These opaque to translucent cabs can have a vitreous luster.

In South Africa, papagoites can occur as inclusions within quartz crystals. 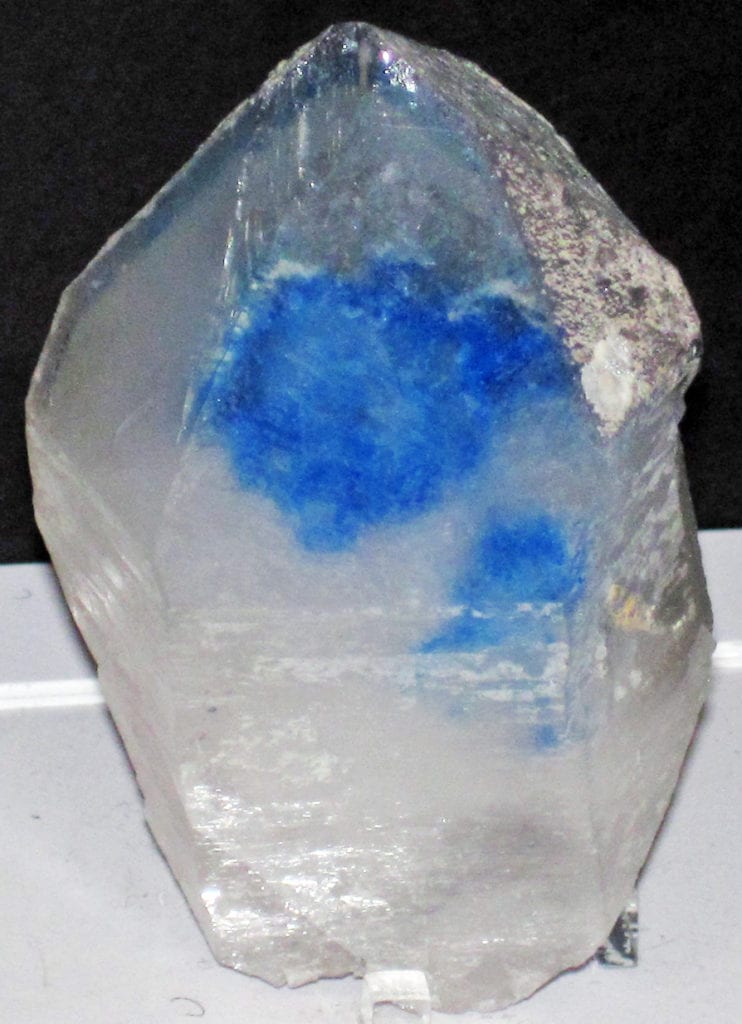 Under magnification, you can see a regular interlocking structure in massive papagoite/quartz. You may also find tiny metallic copper crystal inclusions. This type of papagoite may look like more well-known chrysocolla or turquoise gems.

Papagoites leave a light blue streak. Please note that streak testing can destroy your specimen. Never perform this test on a finished gem and only do it as a last resort to identify rough.

Arizona and South Africa are the principal producers of this rare gem material. Other sources include Namibia and Slovakia. 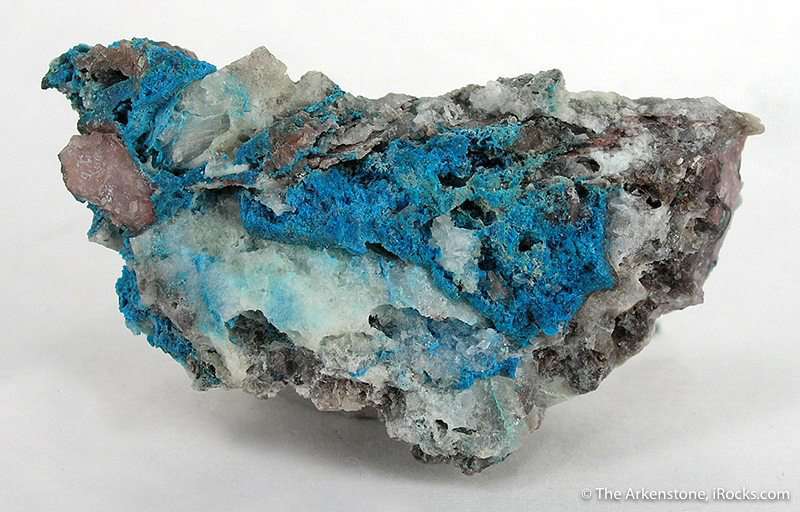 Lapidaries can cut cabs up to several inches in length from the massive material. 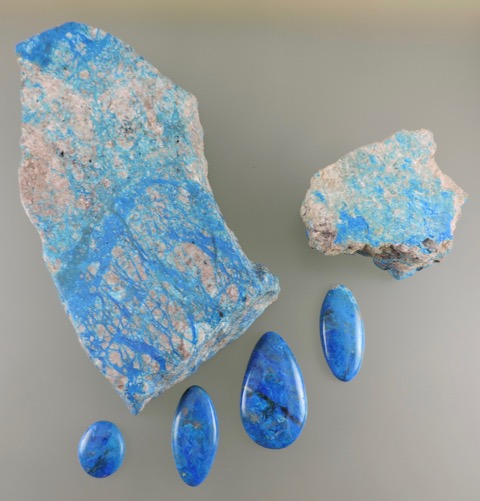 Gemstone cleavage is a break in a crystal along internal planes. Learn the science behind this and the difference between cleavage, fracture,…