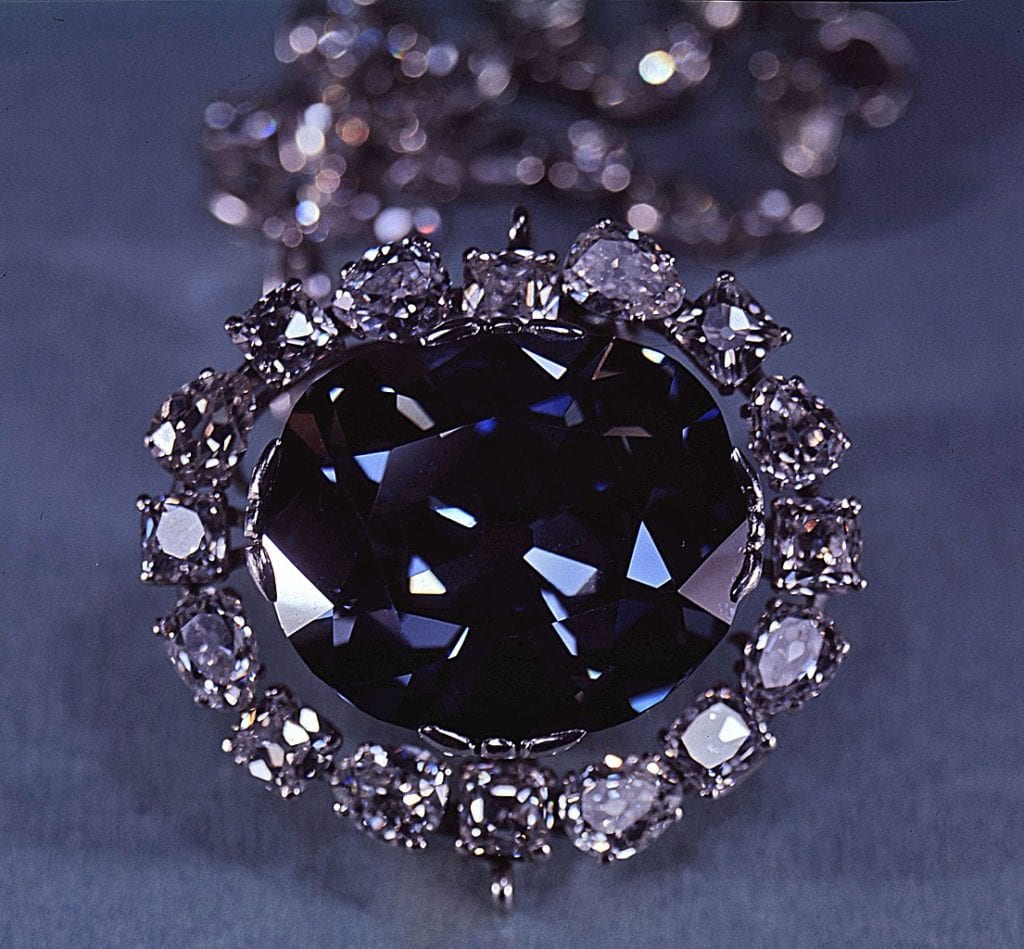 Introduction to Diamonds and their Properties

A Brief History of Famous Diamonds

by Peter Henselder
No other precious gem is as familiar — and coveted — as diamond. Clear as water yet sparkling with colors, diamonds are the subject of many stories of crime and passion, both actual and invented. The dramas surrounding some of the most famous diamonds have enriched the mystique of this stone.
By Peter Henselder 9 minute read 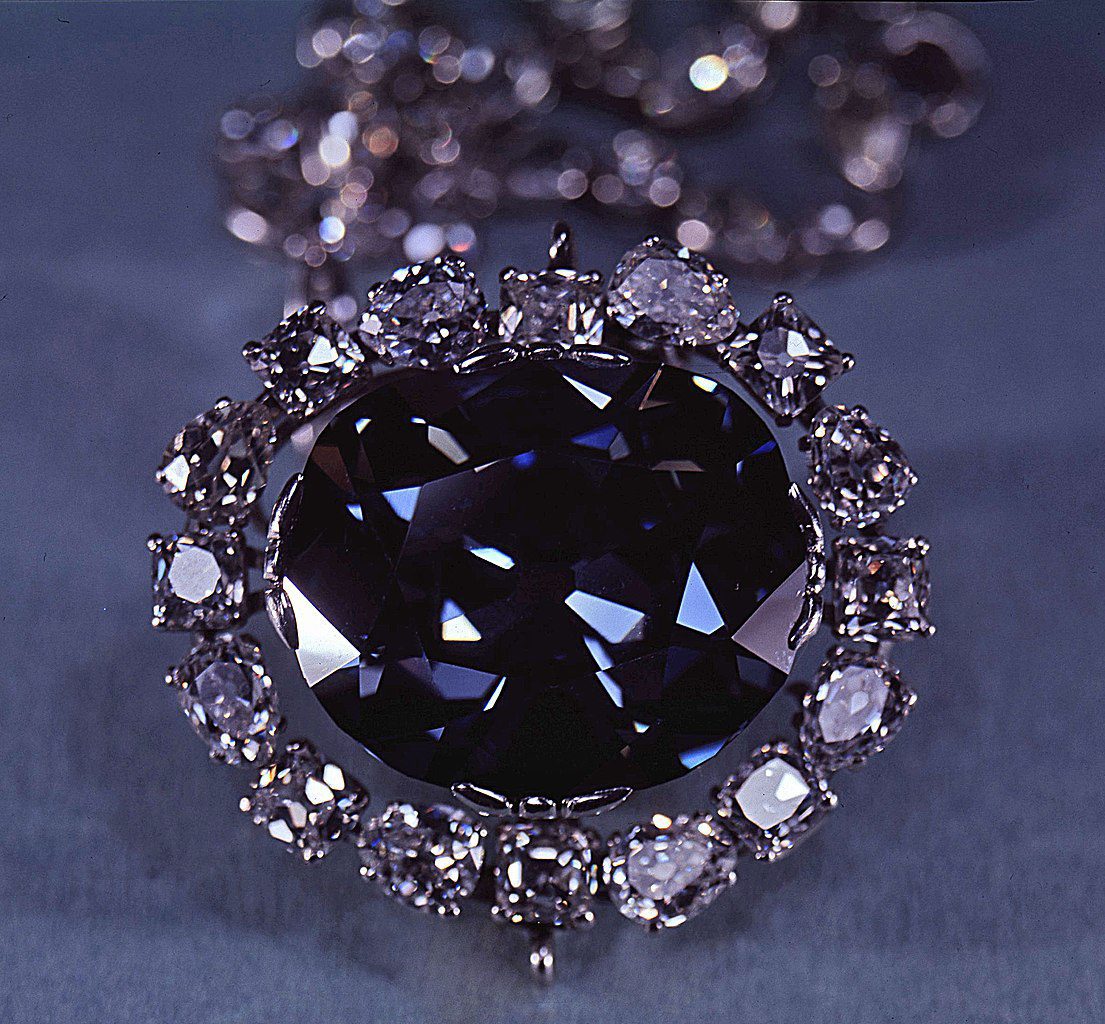 Since time immemorial, people have marveled at the natural properties of diamond. Its dispersion, that colorful internal fire, is striking. It also possesses one of the highest refractive indices of all gems. Of course, most people know about its incredible hardness — the hardest natural material in the world. Diamond’s very name comes from the Greek adamas for “invincible.”

Just as this beautiful and lively stone can endure for generations, so do the histories and legends of diamonds.

During both World Wars, soldiers wore diamonds as wards against injury. In Medieval times, people perceived diamonds as both beneficial and dangerous. Healers could use diamonds to cure various ailments, but in the hands of poisoners (and unskilled healers) diamonds could kill. Mixing diamond dust into food was believed to be a particularly good way to dispatch your enemies. It was rumored that Paracelsus died this way. Reportedly, the famous sculptor, writer, and goldsmith Benvenuto Cellini survived such an attack on his life only because his detractors used less expensive beryls as part of the menu, instead of costly diamonds. 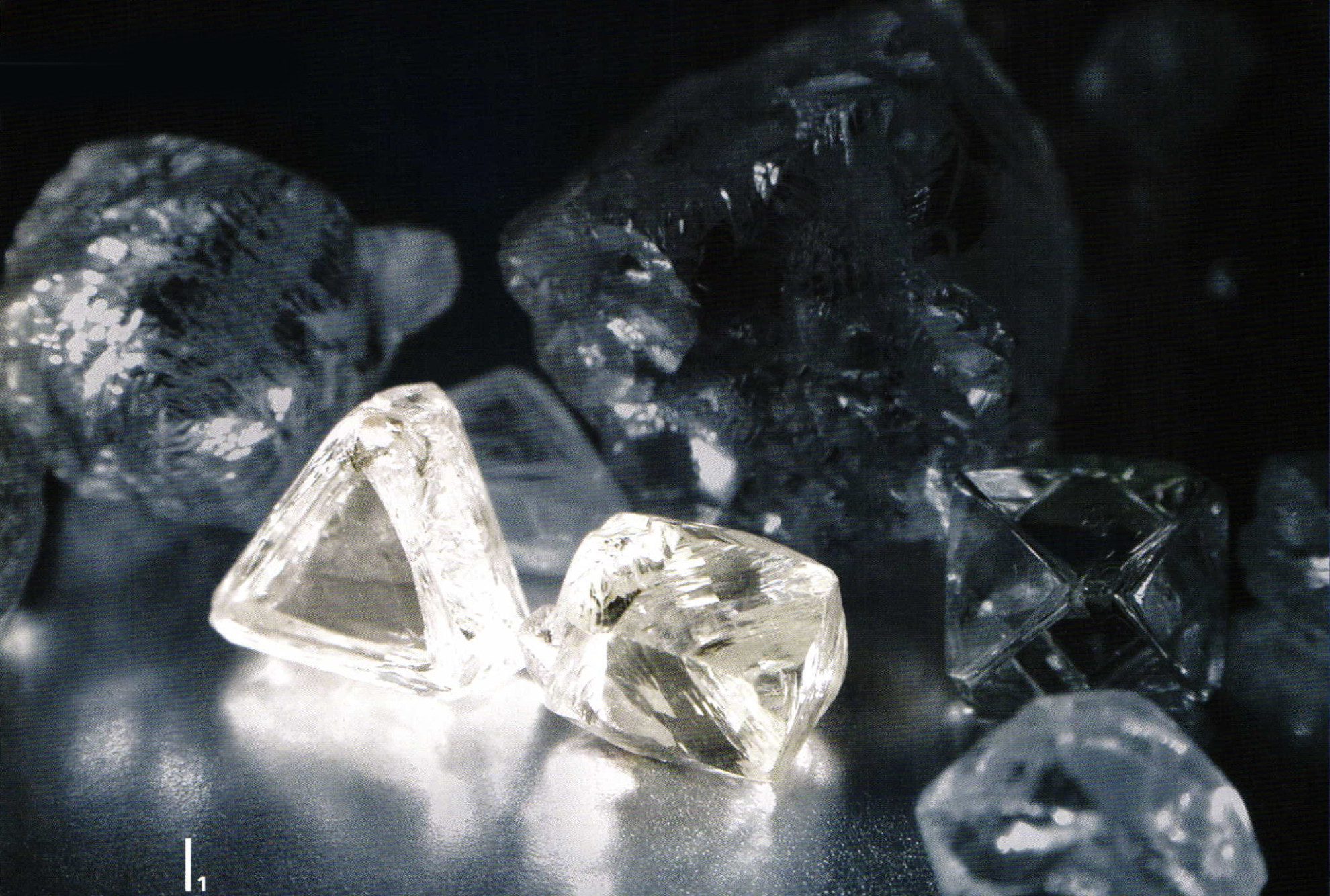 How the King of Gems Became a Girl’s Best Friend

For centuries, in many cultures, diamonds were reserved exclusively for men. Furthermore, only male rulers could wear them. This may come as a surprise to some modern consumers, who may view jewelry in general and diamonds in particular as a feminine domain. Emancipation in this regard came relatively early. Agnes Sorel (1422-1450), the favorite of Charles VII of France, ignored the edict that prohibited women, regardless of their social standing, from wearing diamonds. Thus began the ongoing association of diamond jewelry with women.

Diamonds in excess of ten carats are exceedingly rare, which is one reason they receive names. Some of these famous diamonds have become the targets of thieves. Sometimes, the owners become the victims of rumored curses. The celebrated Hope diamond, now resting safely in the Smithsonian, has supposedly left a trail of mysterious fatalities.

Until the 18th century, India was the sole known source of diamonds. These included the Grand Mogul (279.50 cts), the Black Orlov (56.60 cts), and the Blue Wittelsbacher, to name just a few. Stones larger than 100 carats were very rarely sold openly, as they disappeared into the treasure troves of the Mughal rulers. In this way, they created an easily hidden and transportable fortune. Those diamonds that did find their way out into the world experienced the most peculiar fates.

The oldest and largest of the famous Indian diamonds, the Kohinoor or “Mountain of Light” can be traced back to 1304. Legends claimed that its owner would rule over India. However, it was also cursed, until it was fitted to the crown of the British Queen Victoria, because it could cause no harm to women.

Discovered in India in 1701, the Regent weighed 410 carats rough. A Thomas Pitt purchased it and sent it to England for processing. The result was a perfectly cushion-shaped stone weighing 150 carats. In 1717, the Duke of Orleans, Regent of France, bought the stone (hence, its name). It went on to grace the crown of Louis XV and Marie Antoinette’s hat.

After the French Revolution, Napoleon had the stone fitted to the pommel of his sword. After Napoleon died, his wife Marie Louise took the diamond to Austria in exile. However, it eventually returned to France and became part of the French crown jewels. Today, it resides in the Louvre in Paris. 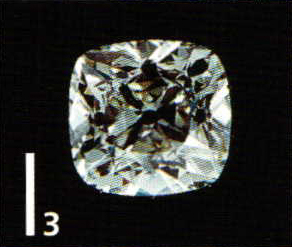 The largest and most beautiful green diamond ever found, this almond-shaped stone weighs 40.70 carats. Apart from its origins in India, nothing was known about the Dresden Green until Frederick August II of Saxony purchased it at a trade fair in Leipzig in 1743. It was exhibited in an artistic epaulette in the Green Vault of Dresden Castle, together with the other crown jewels of Saxony.

After the Second World War, the Russians confiscated this treasure and took it to Moscow. However, it was returned in 1958. The Dresden Green now resides in the rebuilt Green Vault. 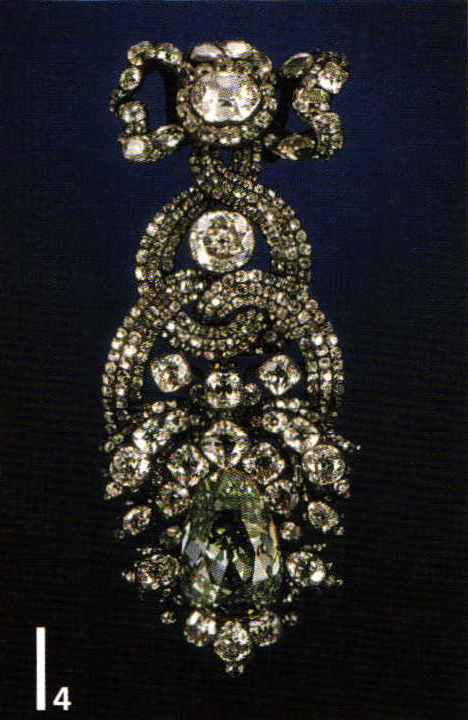 In 1725, small and tiny diamonds were discovered in river beds and scree in Brazil. The city of Diamantina in Minas Gerais is a living testimony to this.

By this time, diamond cutting techniques had become very refined. Driven by the faceting experiments of Ludwig von Berquem and the Venetians of the Casa d’Oro — the cradle of jewelry makers — gem cutters could make even small stones sparkle with symmetrically cut facets. A revolving lap, coated with diamond dust and oil, eventually led to the development of rose cuts, Old Mine cuts, European cuts, and eventually the standard round brilliant cut in the early 20th century.

Of course, the royal families of Europe enjoyed this first diamond boom, fueled by South American diamonds and new faceting techniques. Although the finds themselves were not that significant, the Portuguese rulers of the then colony of Brazil celebrated the discoveries exuberantly. 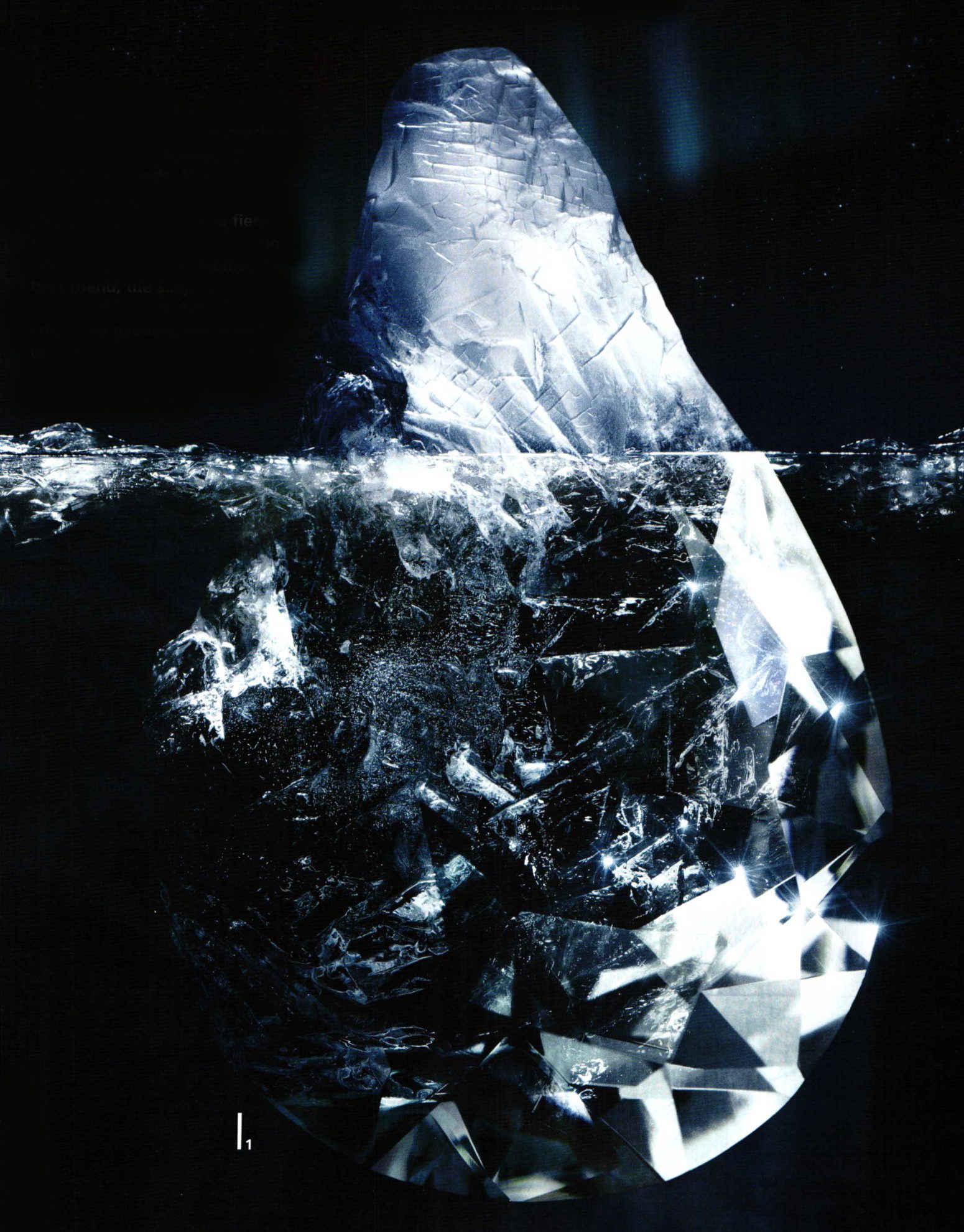 On average, diamond cutting may lose fifty percent of the rough material.

The Star of the South and Other Famous Brazilian Diamonds

The Star of the South (128.80 cts), the Star of Egypt (106.75 cts), the English Dresden — not to be confused with the Dresden Green — (76.50 cts), the President Vargas, and the Maximilian diamonds are among the most prestigious diamonds from Brazil. All of them have their own fascinating histories.

When Archduke Maximilian of Austria visited Brazil in 1860, he purchased two diamonds, a 33-carat yellowish green cushion cut and a 41.94-carat near-colorless cushion cut. The 33-carat stone became known as the Maximilian. He gave it to his bride, Charlotte of Belgium, who wore it as a pendant. The 41.94-carat stone became known as the Emperor Maximilian, since he wore this diamond himself and later become Emperor of Mexico. However, he was executed in 1867, reportedly while wearing the diamond in a satchel around his neck.

The 46.50-ct pear-cut Star of South Africa diamond, also known as the Dudley diamond, after the English Duchess of Dudley.

Chance played a major role in the discovery of the aptly named Eureka diamond. Eureka means “I found it” in Greek. The famous inventor Archimedes supposedly exclaimed this when the solution for determining the purity of a gold crown came to him while sitting in a bath.

In 1866, 15-year-old Erasmus Jacobs found some colorful stones while playing on the banks of the Orange River in South Africa. One of them was actually a 21.25-carat brownish yellow diamond. He and his sister Louisa played with it innocently for weeks until their neighbor, Schalk van Niekerk, took notice. He asked their mother if he could have it. Dismissing the question of payment with a smile, she gave it to him.

Changing hands several times, the stone finally reached the geologist Dr. W. G. Atherstone, who identified it as a diamond. The governor of the province purchased the stone for an estimated 500 English pounds.

In 1946, Peter Locan, a London collector, purchased the diamond and had it cut into a 10.73-carat brilliant cushion. In 1966, the stone was purchased by De Beers and donated to the people of South Africa. It now resides in the Kimberley Mine Museum.

The discovery of the Eureka diamond transformed South Africa and the diamond business. Within a few years, South African diamond fields started production, thus ushering in a new diamond boom. A mine near Pretoria produced the largest gem-quality diamond of all time, the 3,106-carat Cullinan, in 1905. 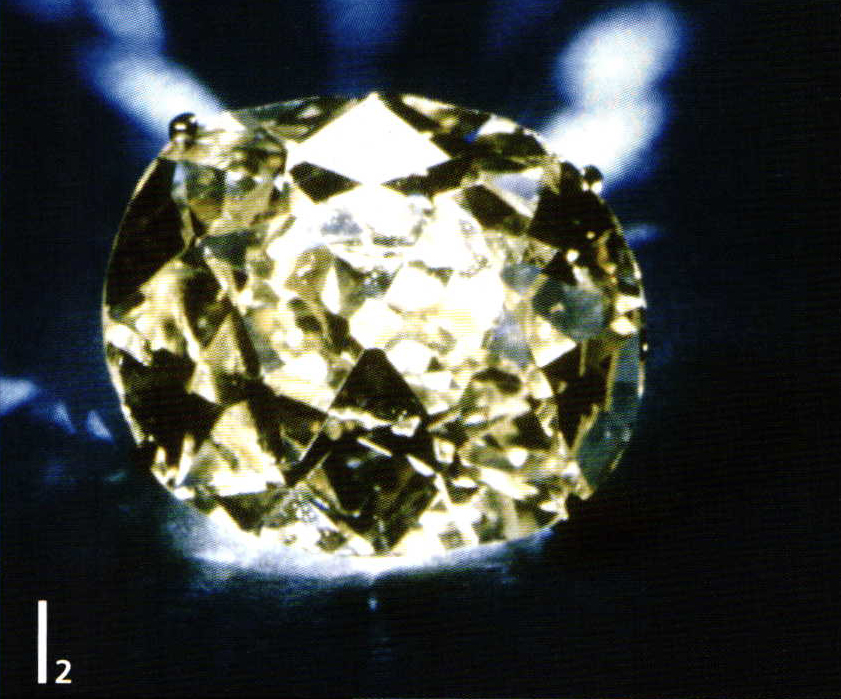 This 726-carat stone was named after the prospector Johannes Jacobus Jonker. Discovered on his claim in 1934, the egg-sized stone was first thought by a worker to be a piece of glass. Instead, the Jonker became the fourth largest known gem-quality diamond at that time. The Jonker family became rich after selling the diamond, but their prosperity didn’t last long. Taxes and wasteful living made their fortune vanish.

In 1936, the famous diamond cutter Lazare Kaplan cut the Jonker into 13 separate stones. Private collectors then bought each stone. In 1949, King Farouk of Egypt purchased the largest one, the 142.90-carat emerald-cut diamond now called Jonker I. Allegedly, he took it with him when he was deposed and exiled in 1952, a claim he denied. The Jonker I reappeared in 1959, in the possession of Queen Ratna of Nepal. It resurfaced again in Hong Kong in 1977, where an anonymous buyer purchased it.

Another rumor surrounded the Jonker diamond. Could it have been a part of the diamond crystal that became the Cullinan diamond? The broken edges of both stones matched perfectly. 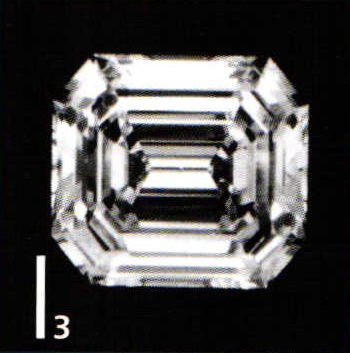 One of the Jonker Diamonds

Initially known as the “Nameless Brown,” this 755.50-carat yellowish brown rough diamond was found in South Africa in 1986. Gabi Tolkowsky cut this rough and produced the world’s largest faceted diamond, at a weight of 545.67 carats.

In 1995, a group of Thai businessmen bought the diamond and presented it to the King of Thailand to mark the 50th anniversary of his rule. Nameless no more, the diamond now resides in the Royal Museum in Bangkok, on display as the Golden Jubilee diamond.

A real VIP among jewels, the De Beers Millennium Star was discovered in Zaire (now the Democratic Republic of the Congo) in 1990. Diamond experts still can’t determine its value due to its purity and size. The transformation from a 777-carat rough stone to a 203-carat, colorless (D) pear-cut diamond took three years. Visitors marveled at its beauty when displayed in the London Millennium Dome in 2000.

The Millennium Star also enticed a gang to stage a daring robbery. On November 7, 2000, these men fought their way to the object of their desire, armed with smoke bombs, nail guns, and sledgehammers, with a getaway speedboat waiting on the Thames river. Fortunately, special commandos from Scotland Yard welcomed them. The officers received a tip and had surveilled the gang. Some of the officers, disguised as cleaning staff, had been waiting for the robbers. 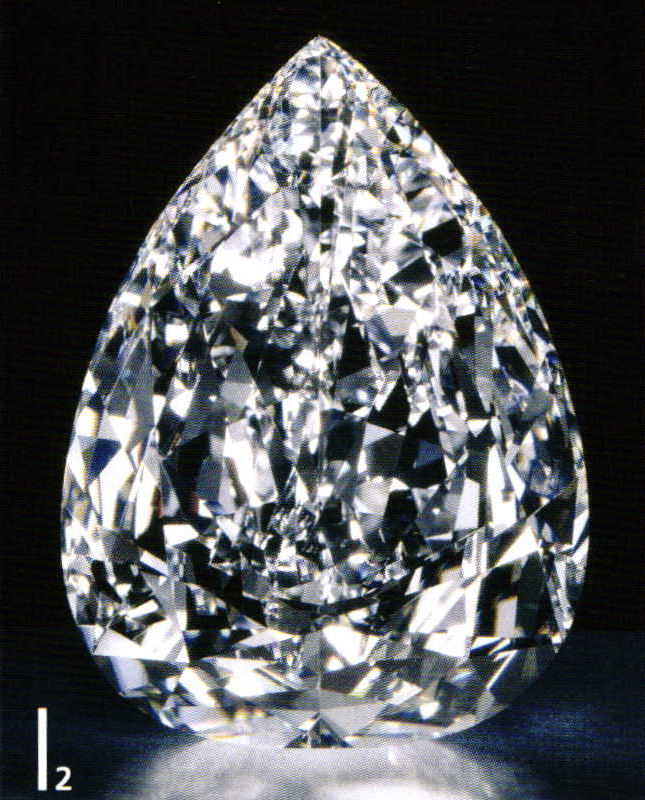 This is an edited version of an article titled “Diamonds: Nature’s Brilliant Idea,” posted on the Ganoksin website.