Chambersite is an exceedingly rare mineral. Although it has properties suitable for jewelry use, its crystals occur in very small sizes. Few cut specimens of this colorless, brownish, or purple stone exist. 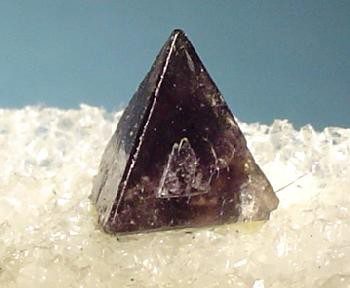 Theses stones were first discovered in brines in a gas storage well at Barber’s Hill Salt Dome in Chambers County, Texas. Recovering these crystals requires skin diving in brine down to depths of as much as 70’.

Chambersites show tenebrescence. Their colors darken when exposed to sunlight.

In fact, due to their triangular pyramid shape, chambersites typically receive triangular cuts when faceted. Faceters bevel and polish off part of the tetrahedron to save the weight of this rare material. Essentially, cut chambersites are truncated crystals with polished surfaces.

Small crystals may be transparent and usually brownish or lilac to purple. Colorless gems also occur. However, faceted pieces are usually not transparent.

When backlit, this gemmy chambersite from the type locality shows its translucency. At 0.8 x 0.8 x 0.8 cm, it’s also unusually large for this species. © Rob Lavinsky, www.iRocks.com. Used with permission.

Colorless chambersites can be distinguished from their colorless boracite brethren by their optical properties and specific gravity. Boracites also luminesce while chambersites don’t.

Although chambersites are quite rare, charoite and sugilite, two purple and opaque to translucent gem materials, have recently gained popularity. Both have some resemblance to chambersite. However, both of these gems have lower hardness and specific gravity values. Chambersites also lack the distinctive swirl patterns of charoites.

Scientists have hydrothermally synthesized chambersite crystals for geological research. Since natural chambersites are multiferroic, synthetics may prove useful for research into electronic or optical devices. However, there is no known use of this material for jewelry.

In 2002, a study of rhodizite-londonite gems from Madagascar found that a specimen contained inclusions of colorless chambersites. What makes this occurrence so unusual is that it marks the first appearance of chambersites in a granitic pegmatite environment. 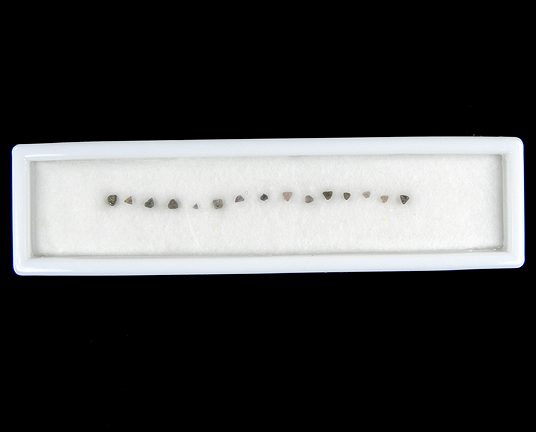 With a hardness of 7, chambersite matches quartz’s resistance to scratching. With a vitreous luster and no cleavage, chambersites would make wonderful and durable jewelry stones. However, you’re more likely to find them in a mineral collection, if at all, than in a jewelry collection. This material requires no special care, except to store it away from sunlight and reserve it for evening wear. For cleaning recommendations, consult our gemstone jewelry cleaning guide. 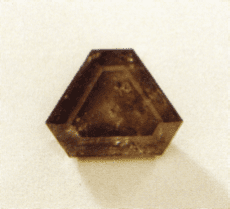