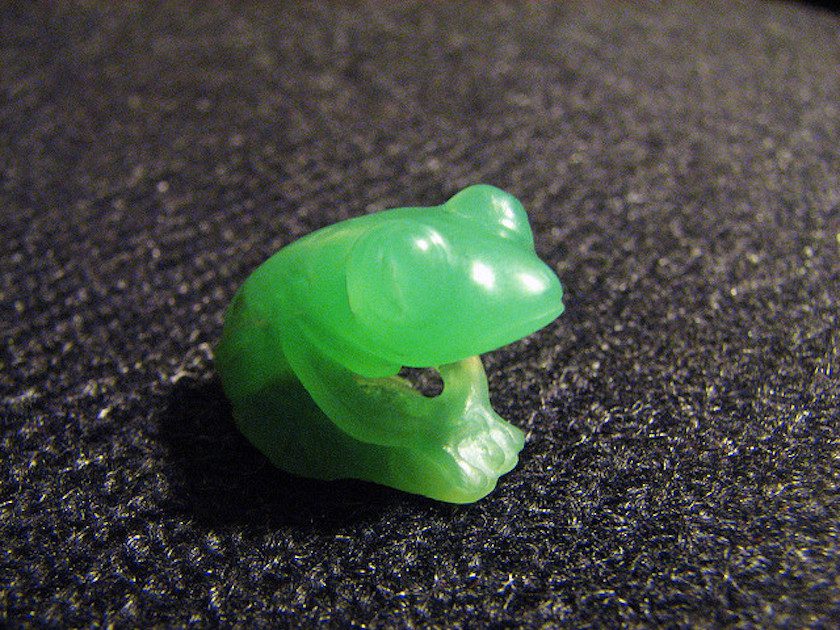 Chrysoprase is apple-green chalcedony that derives its color from nickel. Its hardness and striking color make it a popular gemstone for jewelry as well as carvings. 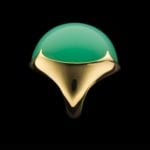 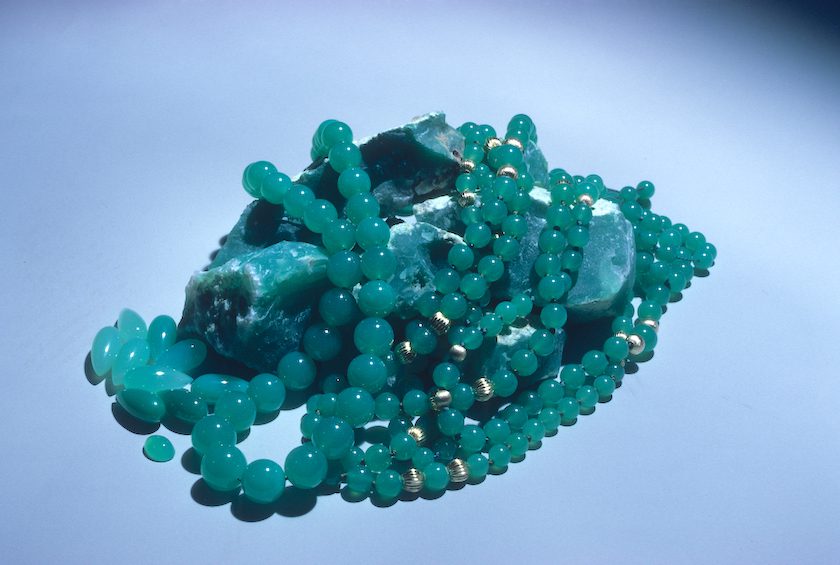 A variety of chalcedony, chrysoprase is a cryptocrystalline quartz gemstone. Transparency ranges from nearly opaque to nearly transparent. Its colors range from apple to olive green and nearly pure greens with medium tones.

Sometimes, you may encounter the term “prase” used to describe chrysoprase gems with darker tones. However, prase is also used to refer to green chalcedonies colored by chlorite inclusions found in Europe. 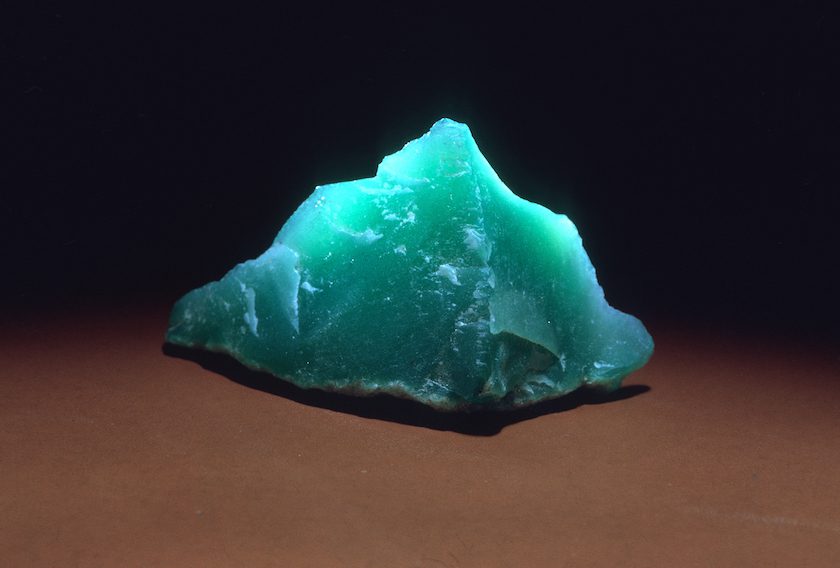 With no cleavage and a hardness of 6.5-7, chrysoprases make excellent gems for any type of jewelry. However, since some stones may have a hardness below 7, using protective settings for a ring would be advisable. Gems with a hardness below 7 are susceptible to scratches from everyday wear as well as a very common hazard: household dust. 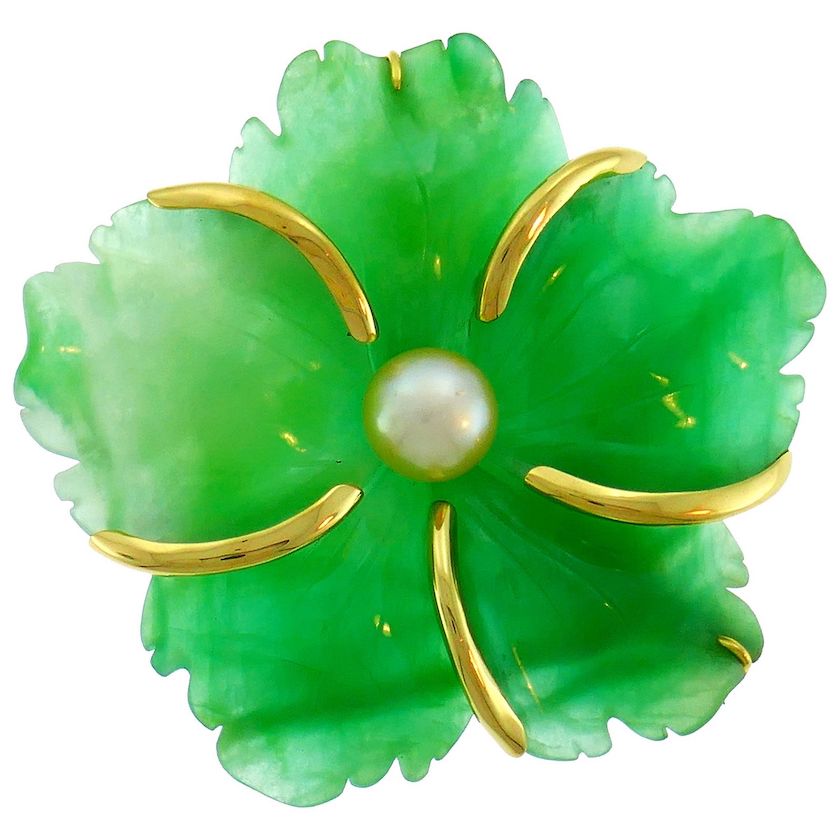 What Gives Chrysoprase Its Color?

While some chalcedony varieties, such as mtorolite from Zimbabwe, may derive their green color from chromium, chrysoprases get their color from nickel.

Laboratories can synthesize quartz, including chalcedonies, and this material does appear in jewelry. However, consumers looking for chrysoprases are more likely to encounter simulants, natural gemstones or lab-created materials that look like chrysoprases but with distinct chemistry and/or crystal structures. In fact, the most commonly encountered lookalikes are other varieties of chalcedonies dyed green to simulate these stones.

Chrysoprases themselves may also be used to simulate other, more expensive gemstones. For example, very fine, highly saturated chrysoprases have been misidentified (or intentionally marketed) as “imperial jade.” Jadeite pieces will command much higher prices than chrysoprases. Since these two gems have distinctive properties despite appearances, gemologists can readily distinguish these materials.

Discovered in Africa in 2015, a blueish green to turquoise-colored chalcedony is being sold under the trade name “Aquaprase™”. This material is not a variety of chrysoprase. Rather, it’s itself a variety of chalcedony with distinctive gemological properties.

Where is Chrysoprase Found?

Most chrysoprase sold today comes from Australia. The most notable sources from this country include the following: 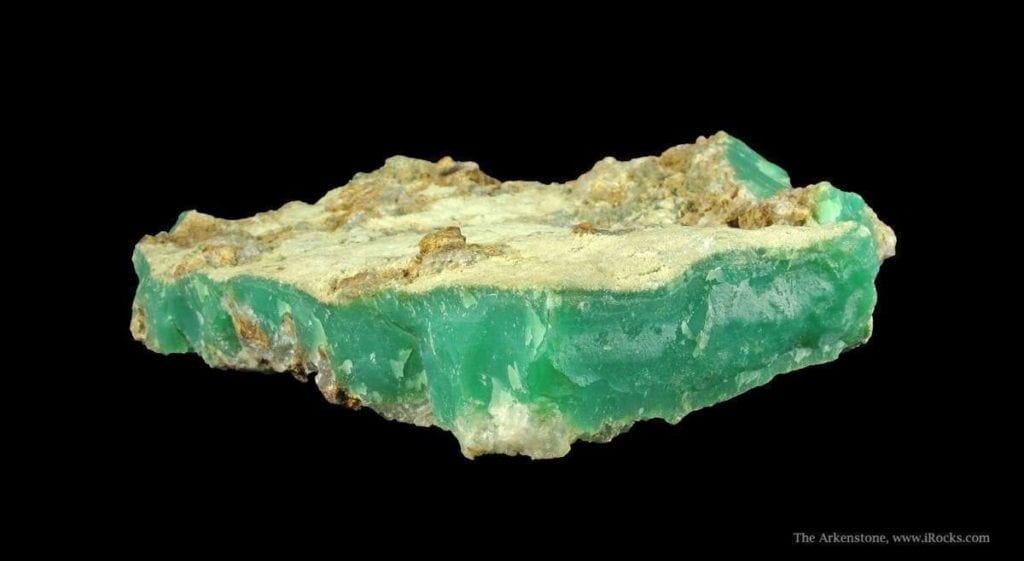 Chrysoprases, Brazil. Photo by Stephanie Clifford. Licensed under CC By 2.0.

Locations near Kalgoorlie, Western Australia have yielded 700 and 1,470 kg nodules.

How to Care for Chrysoprase Jewelry

A combination of mild detergent, warm water, and a soft brush is a good choice for cleaning chrysoprases. Consult our gemstone jewelry cleaning guide for more recommendations. 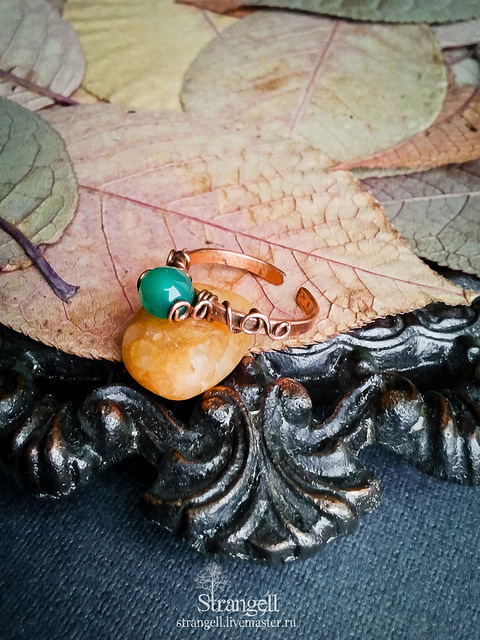 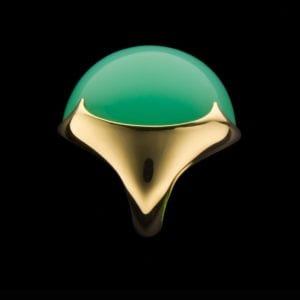 With bright, apple-green hues, chrysoprase makes an eye-catching jewelry stone. Our chrysoprase buying guide will help you pick a top-quality…