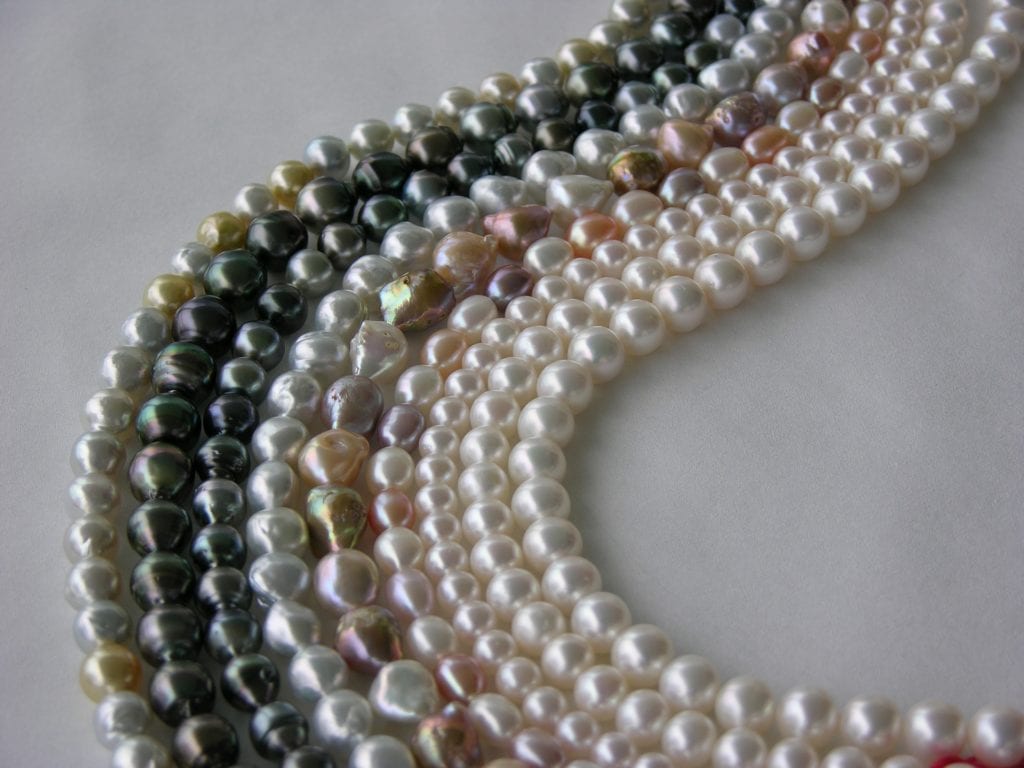 Although true cultured pearls are a recent phenomenon, Chinese workers have produced freshwater blister pearls since the 13th century. However, it took Kokichi Mikimoto’s breakthrough in unattached saltwater pearls, which lead to Akoya pearls, to inspire a similar innovation in freshwater cultured pearls.

In the early 1980s, China’s freshwater pearl industry switched to using cockscomb mussels, Cristaria plicata. Although the resulting pearls were also small and baroque, they flooded the market, since 50 pearls could be nucleated in a single shell.