Q.    If lapidary is as easy as you indicate on this site, everyone would be cutting gems,wouldn’t they?

A. If everyone knew just how easy it is, yes, there’d be a lot more doing it.  What stops people is the high cost of equipment (at least $2,000 for a commercial faceting or cabbing machine) and the high cost of gem rough (high quality synthetics represent a fine alternative to natural materials).

Q.  I can understand the cutting aspect, but where do you obtain all the gem rough to cut?

A.  That’s the easiest part of all.  There are dealers all over the world who’ll be glad to sell you rough and you can reach them on the Internet.

A. Nix on the ammonia: it stinks heartily and that’s about it. Toss the gemstone into a shot of vodka (seriously!). Vodka is vegetable based alcohol so it’ll do a great jog cleansing a crystalline surface while evaporating without stains. You can then drink the vodka – and your eye sight will no doubt detect a fantastic gem improvement.

Q.  Gem cutting sounds like something where you’d be better served by enlisting the help of an experienced teacher.  I live too far away from such a resource.

A.   Most gemcutters don’t have quick, easy access to instructors either – which is why the bulk of American gemcutters are self-taught.  I keep insisting that it’s that easy, and information is easy to come by. There’s the IGS plus an active lapidary newsletter community, federations, local clubs, private instructors. Furthermore, many guys and gals simply lash up with colleagues on a share-the-info basis.

Q.  I attach gemstone rough to a metal dopstick with cyanoacrylates (Superglue) and epoxy, but it’s a devil to break down the matured attachment when I want to remove the stone.  Isn’t there an easy way?

A.  There certainly is a simple, safe way – and it’s not the old fashioned method  of soaking  in such dangerous solvents as Acetone, Ketone or one of the other relatively ugly chemicals.  Use an ancient goldsmith’s trick: to protect your stone, wrap it in a water saturated folded strip of paper napkin then train a Propane torch right on the metal dopstick you want to remove.  Hold this dopstick in pliars (you can heat your fingers upswiftly and fiercely otherwise!) and keep a steady breakoff pressure on the attachmentintersection.  In a couple of seconds, the superglue and/or epoxy will surrendercompletely to the heat and the still cool stone will lift away.  Trust the wetted tissue:veteran goldsmiths even use this heat sink stunt to solder around pearls.

Q. Wax dopping is such a coordinated heat and slop method with wood dopsticks.   Is there a better way?

A.  Of course there is. Take advantage of wax’s tendency to cold roll, long a vexingcharacteristic to gem cutters.  Just melt some wax, get it to wrap around the wooddopstick and then, holding the stick vertically,  push the wax glob down flat against acold glass, metal or plastic surface.  The wax will still cling to the wood dowel but theglob’s tip will cold roll  out flat against the chilly surface. Now put superglue on the flatwax platform and attach  the stone. For removal, heat a knife and cut off the wax and thesuperglue – or, better yet, place  the dopstick-stone assembly in the freezer for a fewminutes (and thus shrink the attachment).

Q.  I’m not certain I can perform lapidary or even want to.  Is there an inexpensive intro?

A.  Yes – and get ready for a commercial.  I hold the patent on the easy-to-use Calibrated Jamb Peg faceting machine.  I used to sell the machines but because they’re so simple to make I’m selling plans on how to make your own for under $50 and I have a few motors, electronic motor controls, etc. left over in my garage if you can’t find some item. Don’t sell this basic little faceting machine short:   it’ll do anything – and more – that the $2,000 to $5,000 machines do.  I jamb peg on my machine exclusively because it’s quick, easy and responsive without a lot of mechanical controls.  Jamb pegs rely on your own intuitive feeling about what should be done rather than make you fiddle with a lot of knobs,screws, stops, etc. 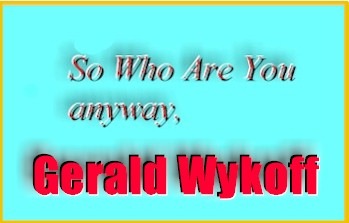 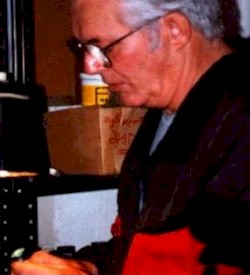 A.  I’m a GG (Graduate Gemologist), a CSM (Certified Supreme Master gemcutter), rather wellknown nationally and internationally as an author of  30 published full length books, founder-publisher-editor of  seven magazines in marketing, construction and lapidary, author of more than 40,000 magazine feature articles, the inventor of numerous construction and gemcutting devices, patent holder and former manufacturer of the Profacee V and Calibrated Jamb Peg faceting machines.  With graduate degrees from Temple and DePaul, I spent two decades in corporate marketing with GE and National Dairy Products Corporation and later as a national association executive. I’m also an award winning author, painter, sculptor, musician, former college instructor,  computer programmer and speaker who has addressed lapidary and gemological groups around the world. I founded the 4,000-member American Society of Gemcutters in the 80s and served more than 10 years as the editor of its monthly magazine, American Gemcutter.  Among my achievements in gemcutting, I developed various colloidal gem polishes, grip cutting, mini polishing disk technology, floor tile diamond laps, phase faceting, the rapidly spreading electrophoresis electrical theory of crystal polishing which makes extensive use of acids as a pH control.  I’ve received numerous national and international honors and in 1987 was awarded one of the most prestigious awards, the Key Award,  from the American Society of Association Executives, Washington DC, naming me that year as the top association executive in the world.     Poor health forced my abrupt and unwanted retirement in 1998 and I relocated here to the pleasantries of the Gulf Coast of Southwestern Florida where I still write, conduct research, cut in all disciplines andmake precious, high level jewelry – and, of course, putz on my computer.

This article is part of a series as follows:

Rare and difficult to cut, anhydrite is seldom faceted. However, this material can be carved into beautiful objects. “Angelite,” a blue-gray…

Carats are the units used to measure gem weight and one of the main factors in gem grading. Learn what affects the price per carat of various gem species.…

Some household products and do-it-yourself methods can clean jewelry safely and save you money. Discover the common ingredients in some miracle…

Mineral Lab Emersion Cells Self destruct! BEWARE of this product!