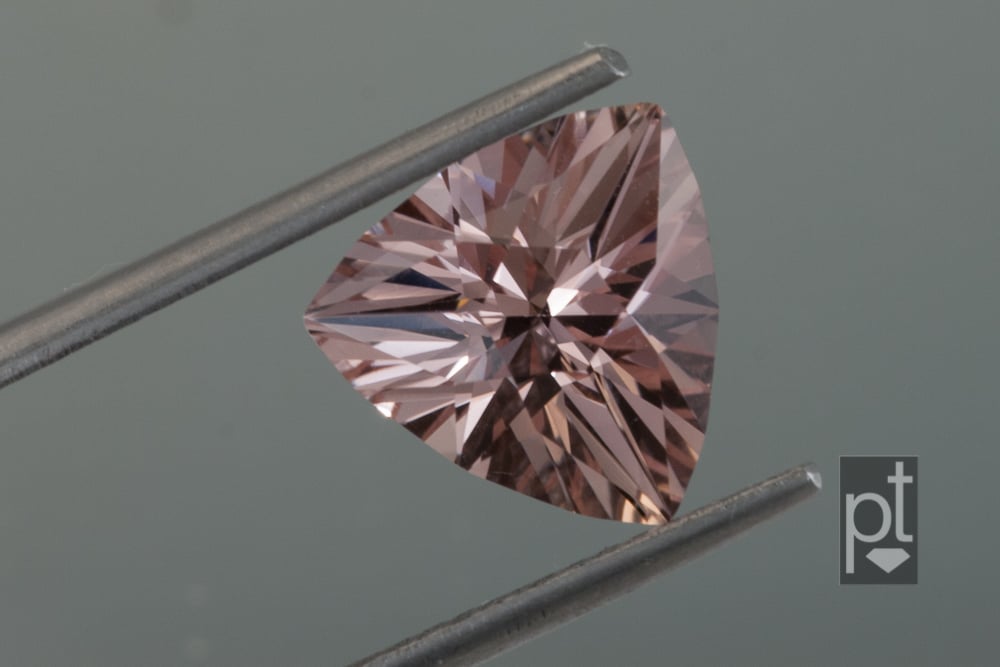 A member of the beryl family, morganite shows a range of pink colors due to traces of manganese. Recently, this gemstone has seen an increase in popularity and value.

Medium light to medium pink, clean stones with custom cuts are the most valuable. Very light and included stones are on the lower end of the value spectrum.

As morganite frequently occurs in larger crystals, there is no exponential increase in price with carat weight. Paradoxically, smaller morganites, if they show good color, can be more valuable than larger ones. In order to show good color, large stones must be so large that they’re impractical for use as jewelry.

As is the case with unheated greenish blue aquamarine, a small but growing segment of collectors prefer the unheated peachy color of morganite and are willing to pay a premium to get an unenhanced, natural piece. 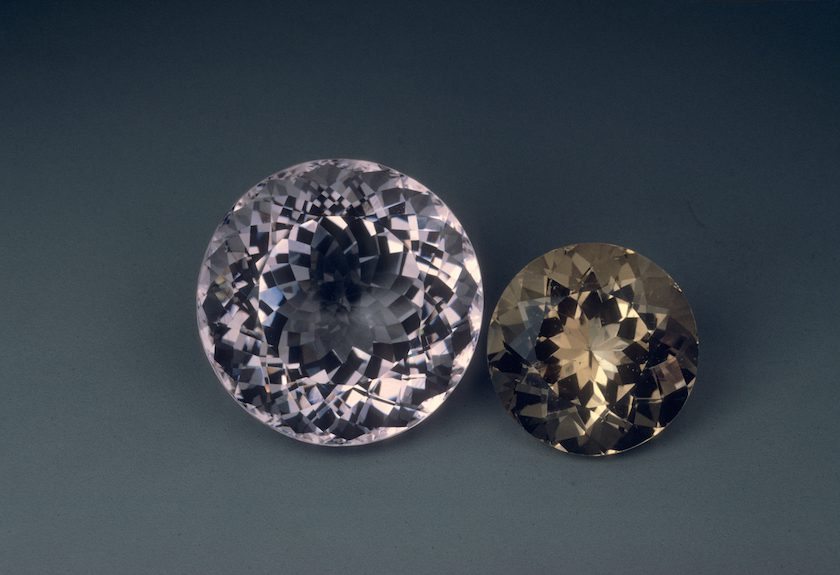 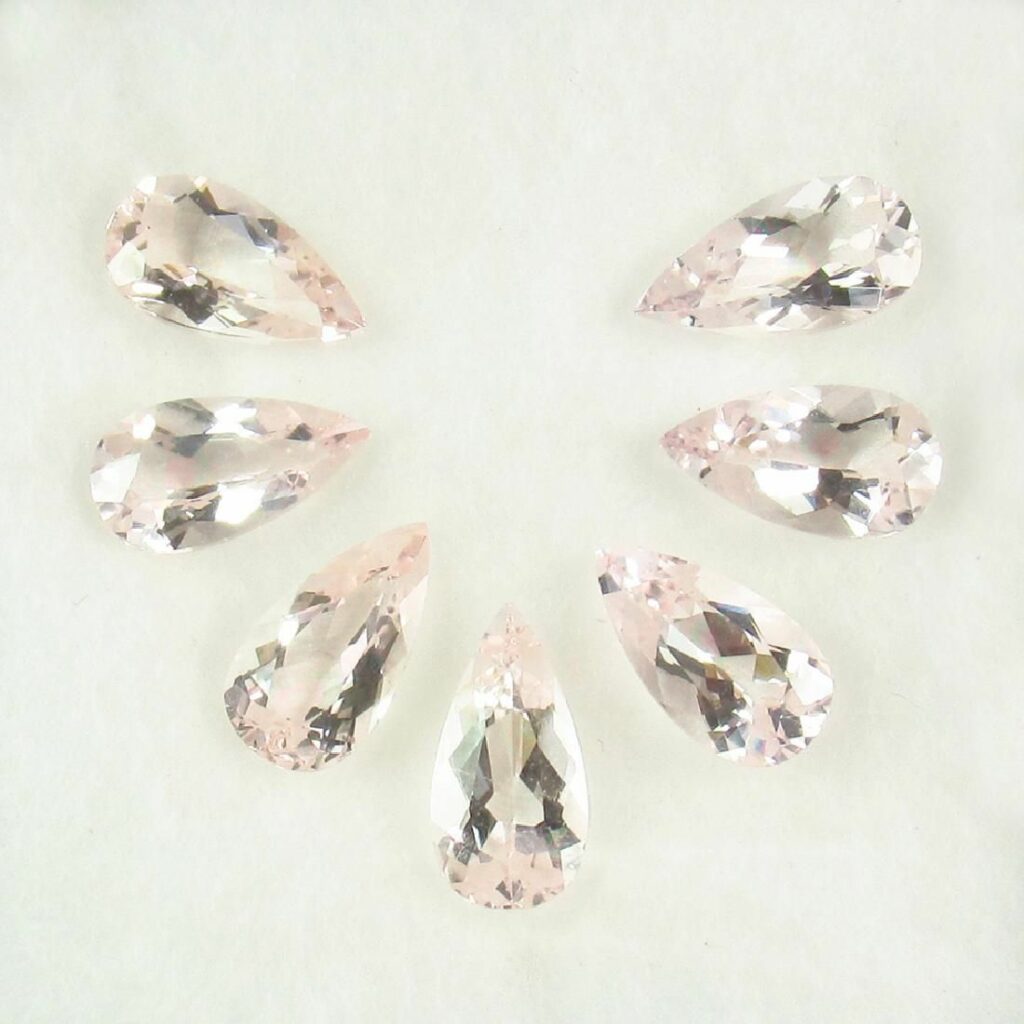 After the discovery of morganite in Madagascar in 1910, Tiffany & Co introduced this gem to the American market. They named it in honor of the financier J. P. Morgan, who was himself reputed to be an avid gem collector. Pear-cut morganites, 11.61 ctw, Madagascar. Photo courtesy of liveauctioneers.com and Gems Auction.

Like most beryls, morganite makes an excellent jewelry stone. It has both the hardness and durability for daily wear in any kind of jewelry.

Although violet and peach are possible morganite colors, the most common color for this stone is pink. Many gem and jewelry enthusiasts prefer pink, though some prefer peach. 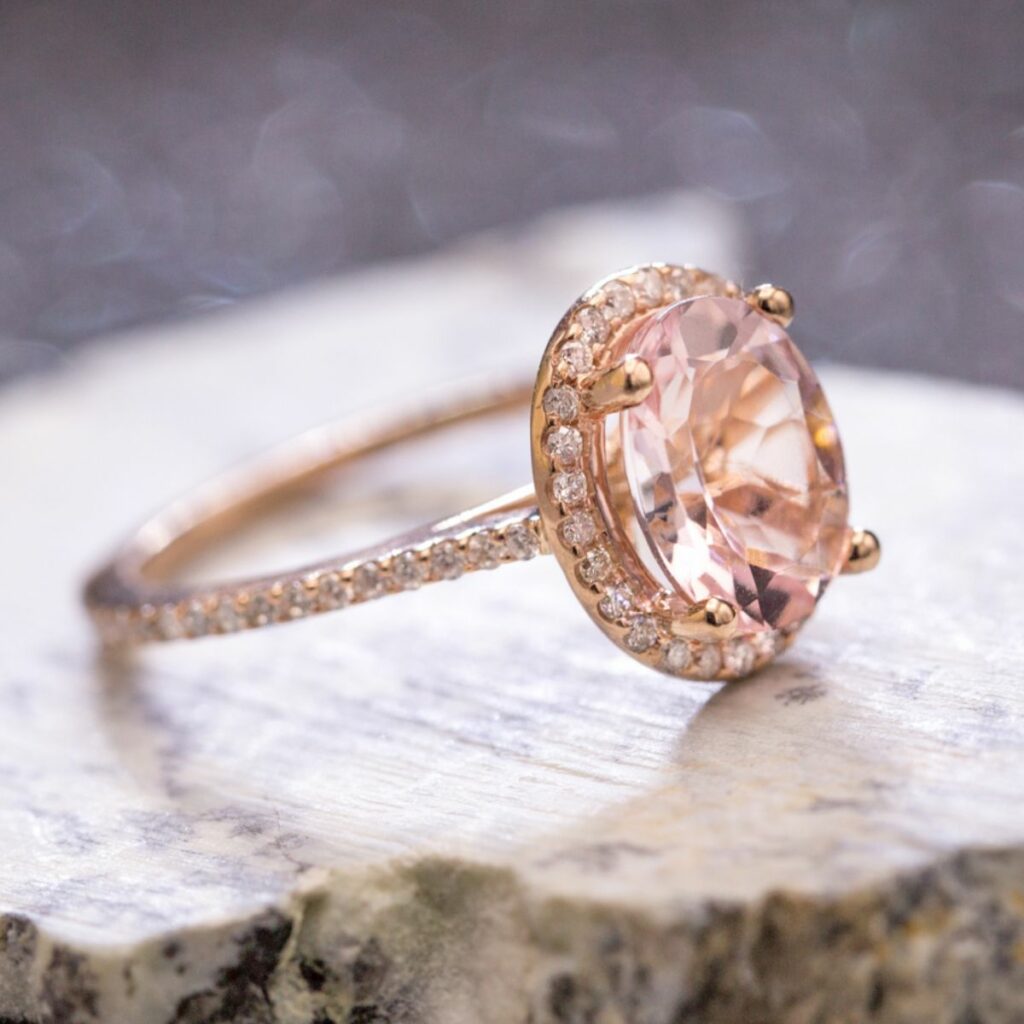 A stunning halo ring, pairing a warm morganite center with a halo of diamonds, and set on a delicate diamond pavé rose gold shank. Photo by CustomMade. Used with permission.

Is Morganite a “Pink Emerald?”

The beryl family includes some well-known gems, such as aquamarines and emeralds. Aquamarines, emeralds, and morganites belong to the same gem species — beryl. However, they are distinct varieties of beryl, and the term “pink emerald” shouldn’t be used for morganite.

Unfortunately, some vendors reference well-known gem names to drum up interest (and prices) for another gem. Beryls in particular receive these names from dishonest sellers because of the popularity of emeralds and aquamarines in particular. Although morganites are very rare, their prices don’t approach those of emeralds. To insinuate that morganites are a sub-variety of one of the most expensive gems on the market is misleading.

Are There Synthetic Morganites?

You can find hydrothermally grown synthetic morganites for sale as jewelry stones. If you’re not sure whether your gem is natural or lab-grown, send it to a gemological lab for analysis.

Heat treatments and light will remove the yellow component from peach morganite, so it’s sometimes heated to get “pinker” stones.

Where are Morganites Found? 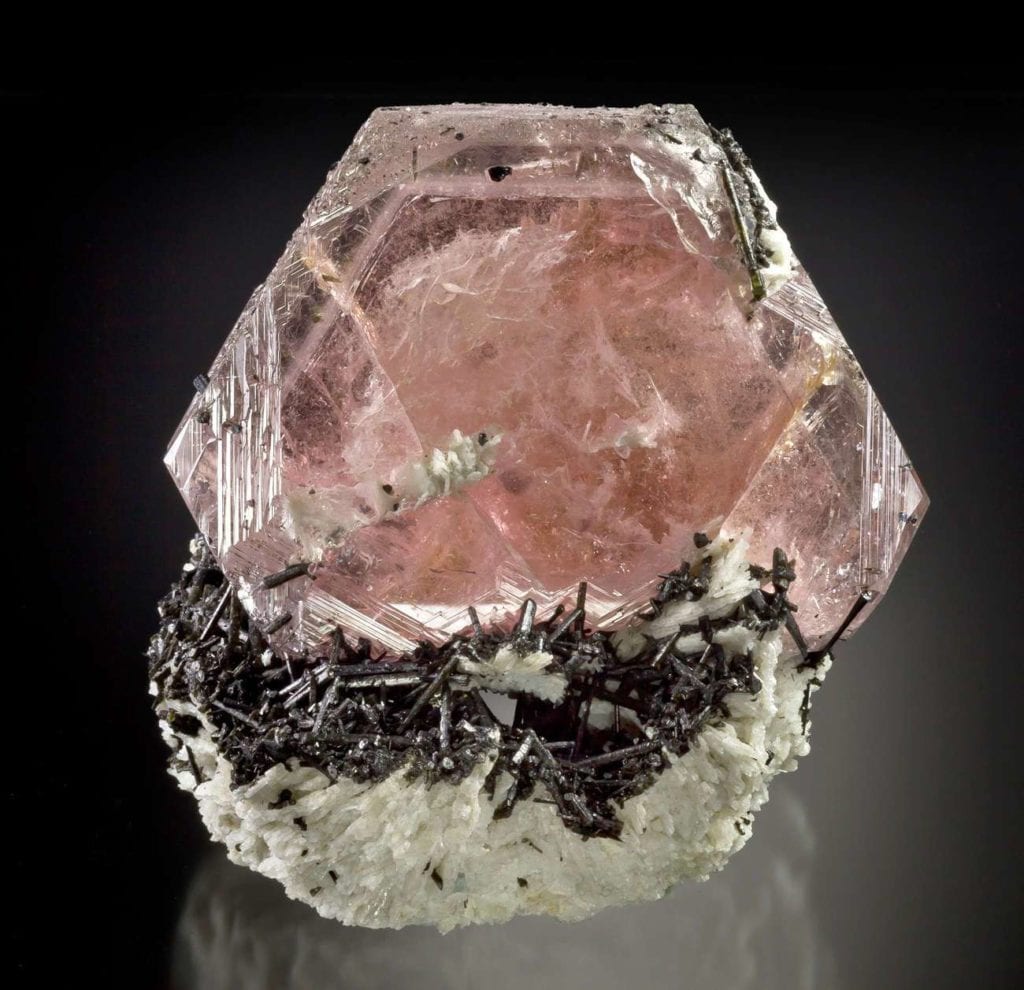 Other locations producing gem-quality material include the following:

Morganites don’t usually occur in sizes as large as other beryls. However, in 1989, Ronald and Dennis Holden discovered a morganite measuring 30 cm wide at the Bennett Quarry in Maine. As rough, the “Rose of Maine” weighed 115,000 cts, approximately 50 lbs, the largest ever found in North America. This specimen yielded several cut gems, including a 184-ct faceted piece now residing at the Maine State Museum. 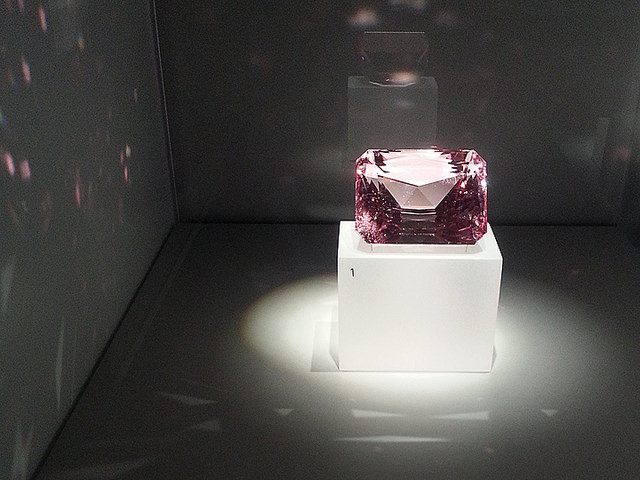 Caring for Your Morganite Gemstones

If free of inclusions or fractures, morganites may be cleaned using mechanical systems. Have a gemologist examine your gems first to identify any potential weaknesses. However, a soft brush, mild detergent, and warm water will always work safely. 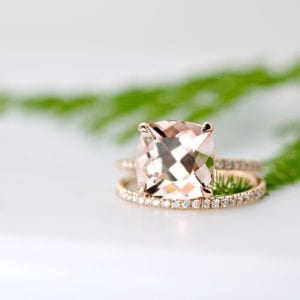 Morganite has become a popular jewelry stone, especially for engagement rings. Our morganite buying guide can help you pick a great gem for any… 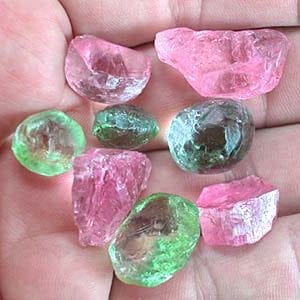 Considering buying gems in Afghanistan? Learn which Afghan gemstones to seek out, which to avoid, and prepare for a “buyer beware” experience.… 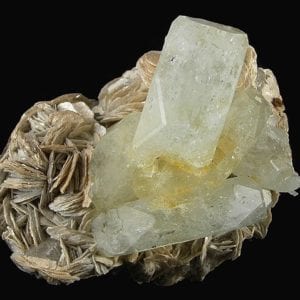 Aquamarine is the blue to blue-green variety of beryl. If you encounter so-called white aquamarines, buyer beware. Learn the facts about these… 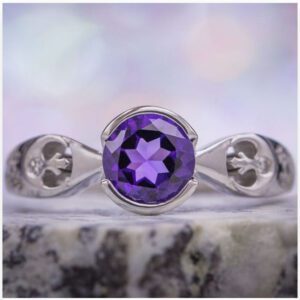