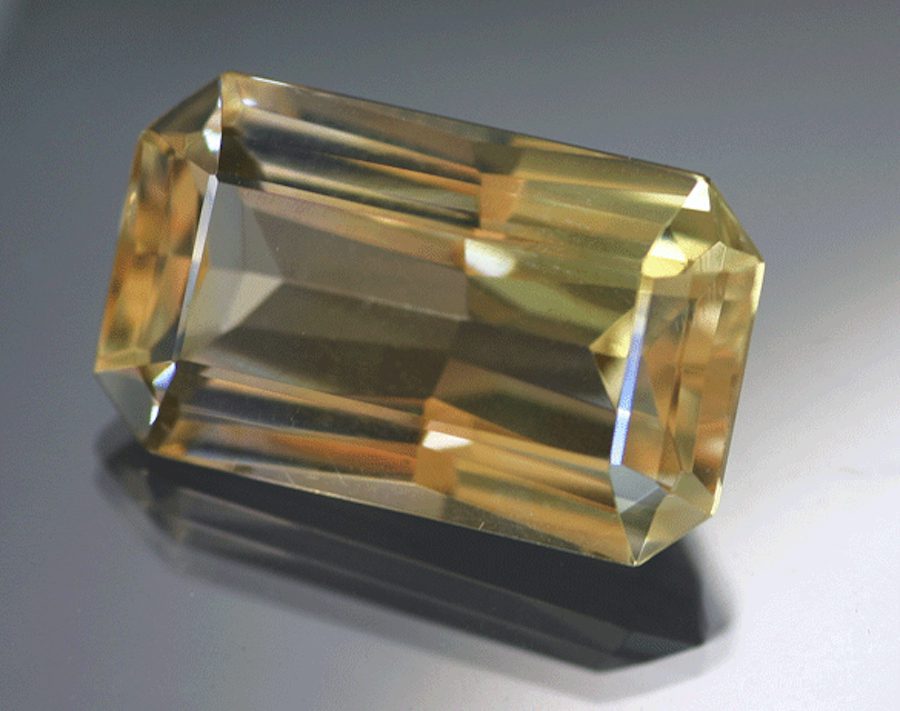 Massive white barite (also called known as baryte) looks like marble and could be used for decorative purposes. In spite of the abundance of good crystals, cut barites aren’t commonly seen, especially in rich colors.

Barite forms a series with celestite as the barium (Ba) analogue to strontium (Sr)-rich celestite. As a mineral, barite occurs in many locations around the world and has many industrial uses, including being the principal source of barium. 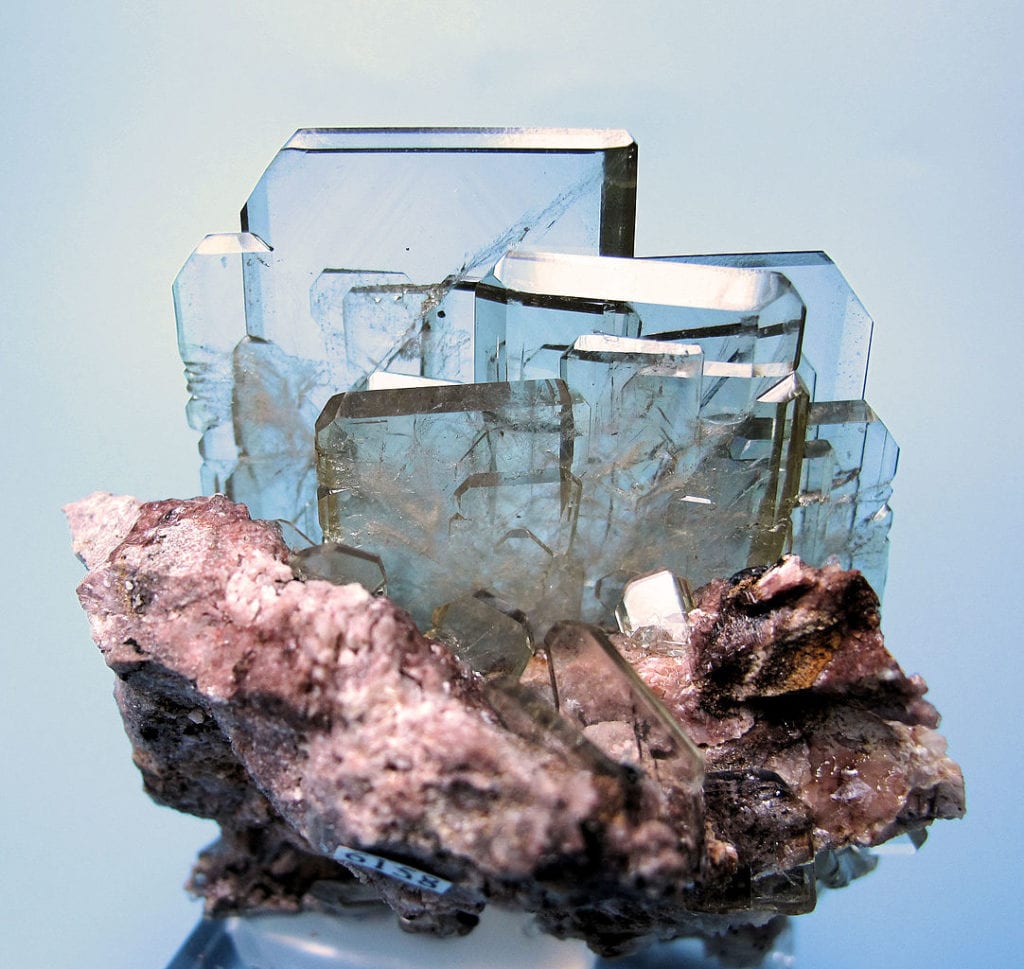 However, gem cutters will find faceting barite quite challenging. These gems have low hardness (3-3.5), brittle tenacity, perfect cleavage, and heat sensitivity. Facet junctions on any cut gems also tend to be rounded.

Due to barite’s fragility, jewelry use isn’t advisable. Nevertheless, faceted barites would likely appeal to collectors of unusual gemstones or aficionados of the art of gem cutting. 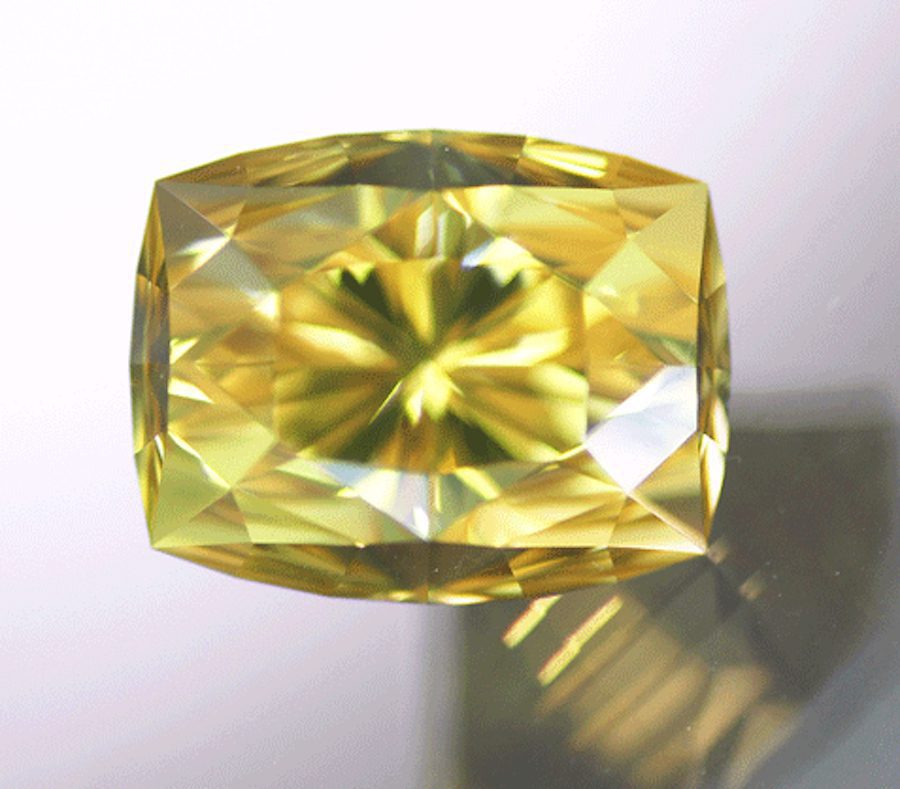 This yellow barite gem has received not only an expert cut but also an exceptional polish. Polishing such a soft material to this level is very difficult. Cushion cut, 32.95 cts, 16.8 x 13.3 mm, Sardinia, Italy. © The Gem Trader. Used with permission.

What is a “Desert Rose?”

In desert regions, minerals such as gypsum and barite can occur as tabular crystals with rose-like shapes. (The crystals form the petals of the rose, so to speak). These stones contain trapped sand particles. 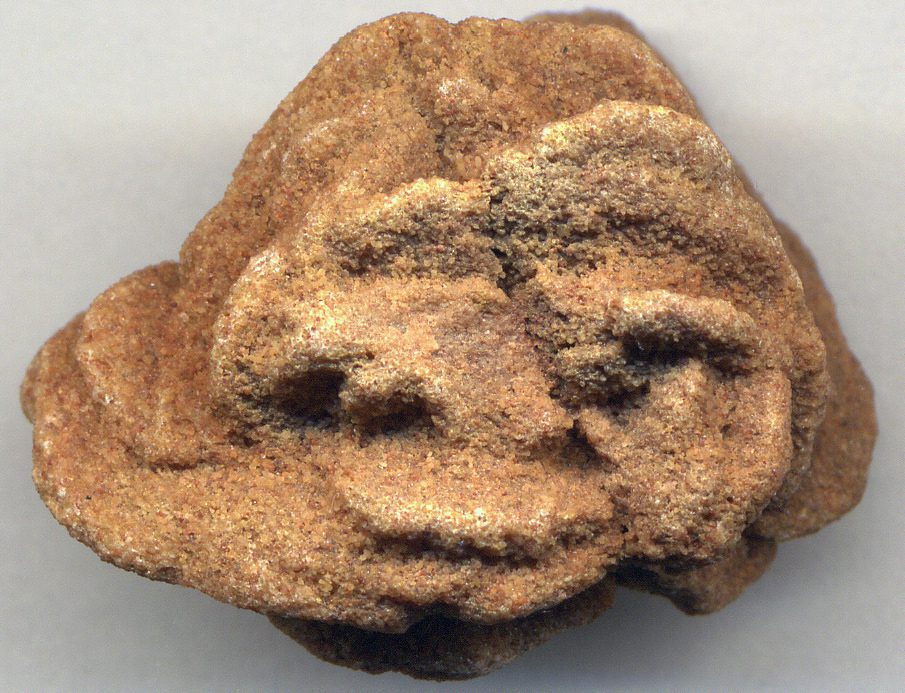 Barite rose from Oklahoma, USA (2.8 cm across at its widest). Photo by James St. John. Licensed under CC By 2.0.

How to Identify Barite

Barite’s relatively high specific gravity (SG) of 4.3 to 4.6 can help distinguish it from many other gems of similar appearance.

Barite is also diamagnetic. An externally applied magnetic field will repel it. 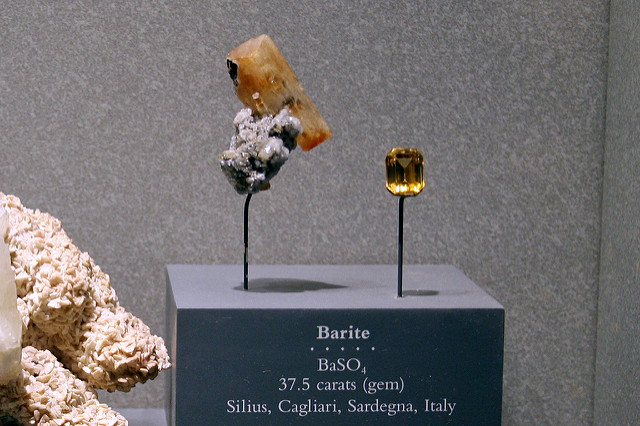 Barite crystal and faceted gem. Photo by Cliff. Licensed under CC By 2.0.

Colored barites from these sources may fluoresce under shortwave (SW) ultraviolet as follows:

Colored barites from these sources may also fluoresce under LW ultraviolet as follows:

Barites may also phosphoresce, and some may show thermoluminescence, which means they luminesce when heated.

Are There Synthetic Barites?

Scientists have synthesized barite crystals for mineralogical research purposes. However, such synthetic material has no known jewelry use.

There are no known gem treatments for barites.

Where are Barites Found?

Many localities worldwide may yield clean, gem-quality barite. Some notable sources include the following: 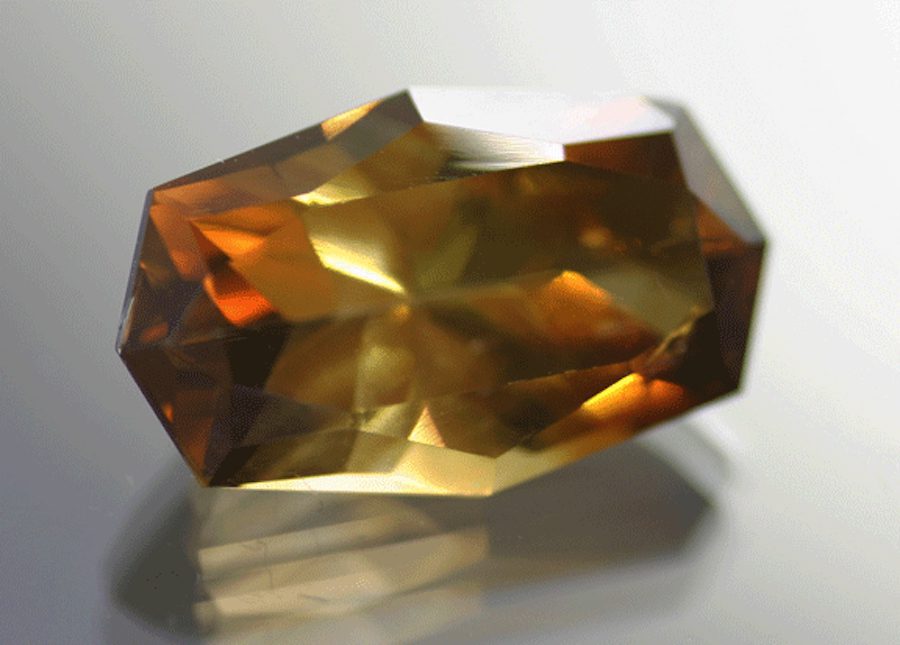 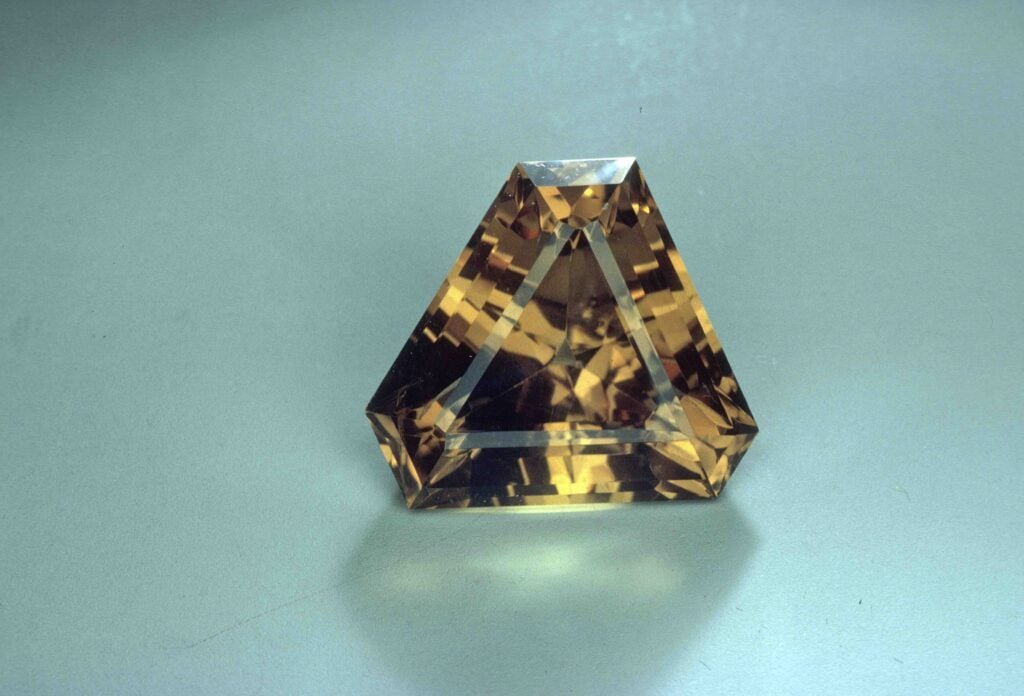 Large crystals, usually flawed, have many facetable areas. Madagascar rough has produced faceted gems over 100 carats. English material will yield stones up to about 50 carats. (One specimen is known to be over 300 carats). Faceters have cut yellow-brown crystals from France as large as 65 carats. Colorado gems typically range from 1 to 5 carats but can weigh more.

Notable barites in private collections include: 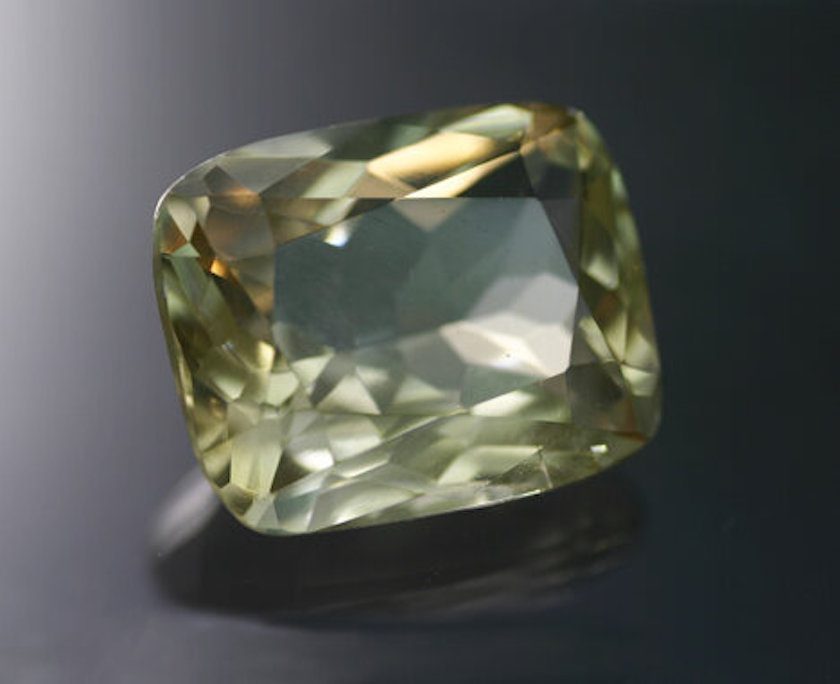 How to Care for Barites 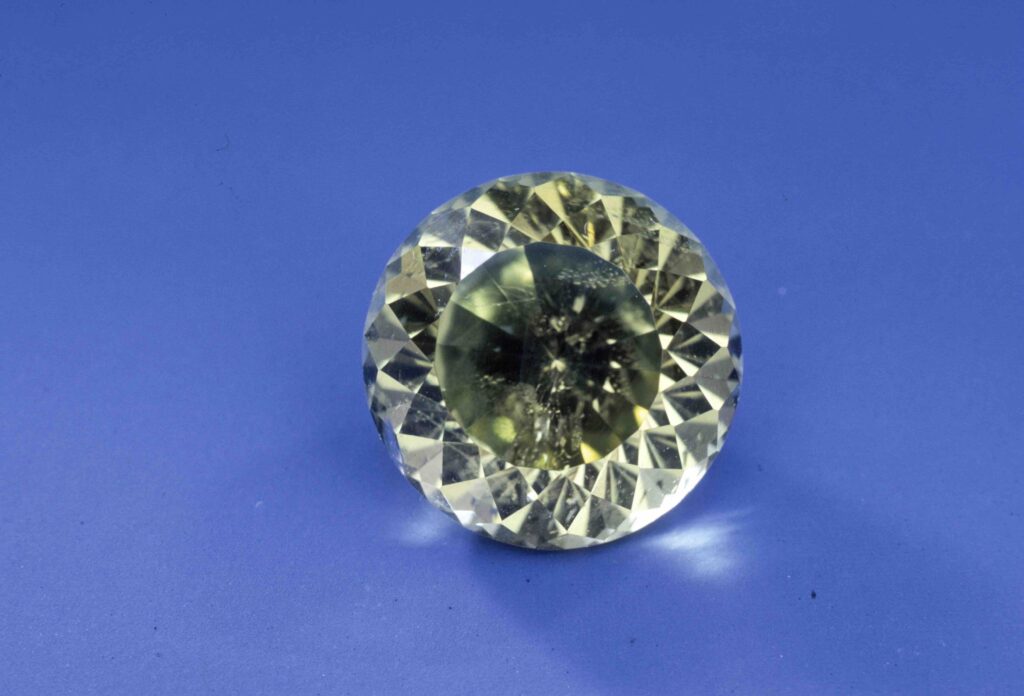