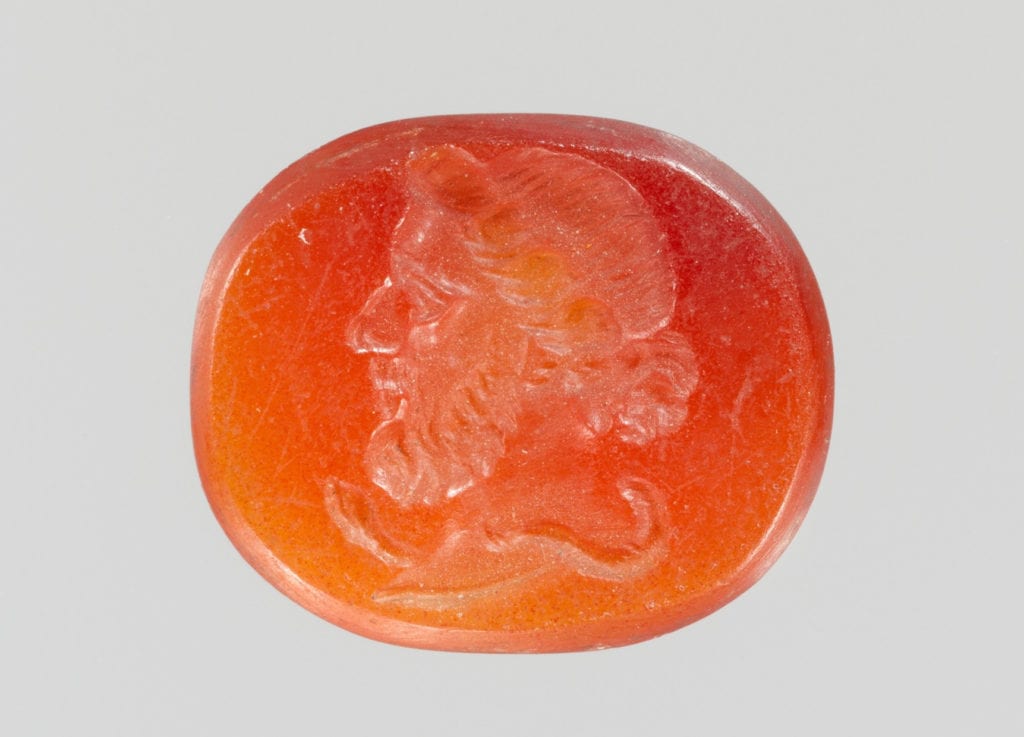 The Lighter Side of Gemology

by International Gem Society
For millennia, people have used gemstones principally for ornamental purposes. However, in both ancient and modern times, cultures all over the world have also believed that gems can have healing properties. Let’s take a look at some popular gemstones and the health benefits they’re said to bring.
By International Gem Society 8 minute read

What’s the Best Way to Use Gemstones with Health Benefits?

Some people use gems as part of their spiritual practices. They incorporate gems into rituals to restore energy fields, gain peace, and promote love and safety. In some belief systems, practitioners actually place gemstones on certain areas of the body to promote healing. For most people, however, simply wearing a piece of jewelry made with a specific gem is sufficient. The gem doesn’t need to come into direct contact with your skin.

Most gems are perfectly safe to wear as jewelry stones. (Of course, some are more durable than others). However, a few gems — very few, like realgar and ekanite — may contain heavy metals and/or radioactive elements in amounts that could cause harm if worn. Close, prolonged exposure to such gems would likely outweigh any health benefits you could possibly hope to gain.

Some crystal healers prepare potions with gems or place gems in the patient’s mouth. In these cases, avoid any acid-soluble gems as well, even if they don’t contain any known toxic materials. Your stomach acids may react dangerously to impurities in these gems.

Consult our table on gemstone toxicity to learn more. 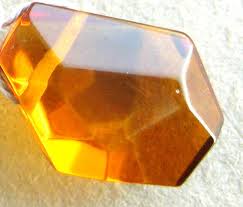 People have prized amber as a jewelry stone since prehistoric times. Amber is an organic gem, formed from the hardened resin of ancient pine trees. Some pieces of amber contain spectacular inclusions of insects and other animals. These connections with trees and animals have fostered a strong association between amber and Nature.

Amber will also become electrically charged if rubbed against wool or silk, reinforcing a connection with the “spark of life.”

Yellow, brown, or red colored amber is believed by some to be a powerful gemstone with uses ranging from treating headaches and stress to promoting self-expression. It’s also said to promote cleansing and purification, which may help to bring illnesses out of the body and alleviate pain so that the wearer can heal. 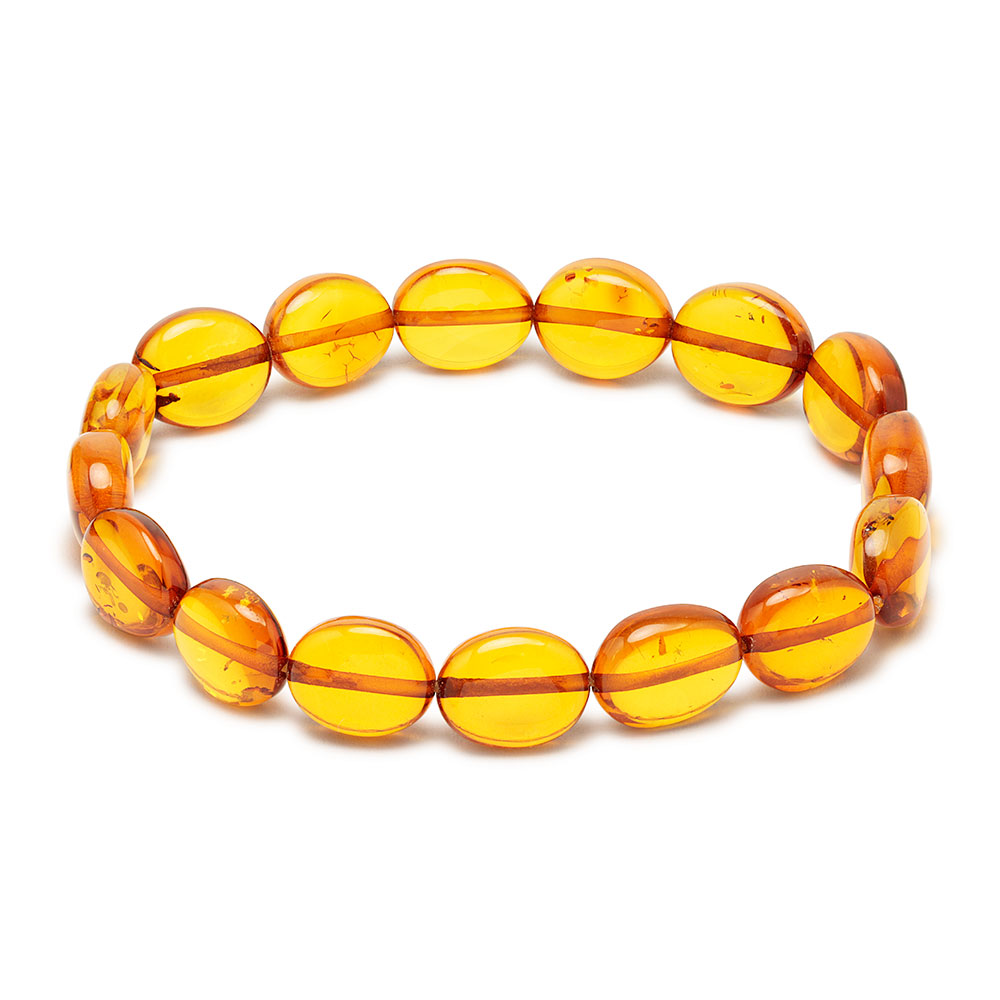 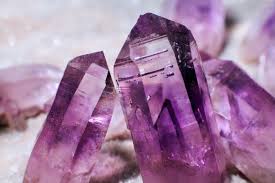 A gorgeous purple gemstone, the amethyst is said to bring strength, courage, and peace to the wearer. These benefits can help promote healing.

This soothing stone with peaceful properties and a quiet energy may help release your creativity.

Since this stone has such tranquil qualities, it makes a great gift for anyone suffering from anxiety, mood disorders, and addictions. The Ancient Greeks believed amethyst could prevent drunkenness. 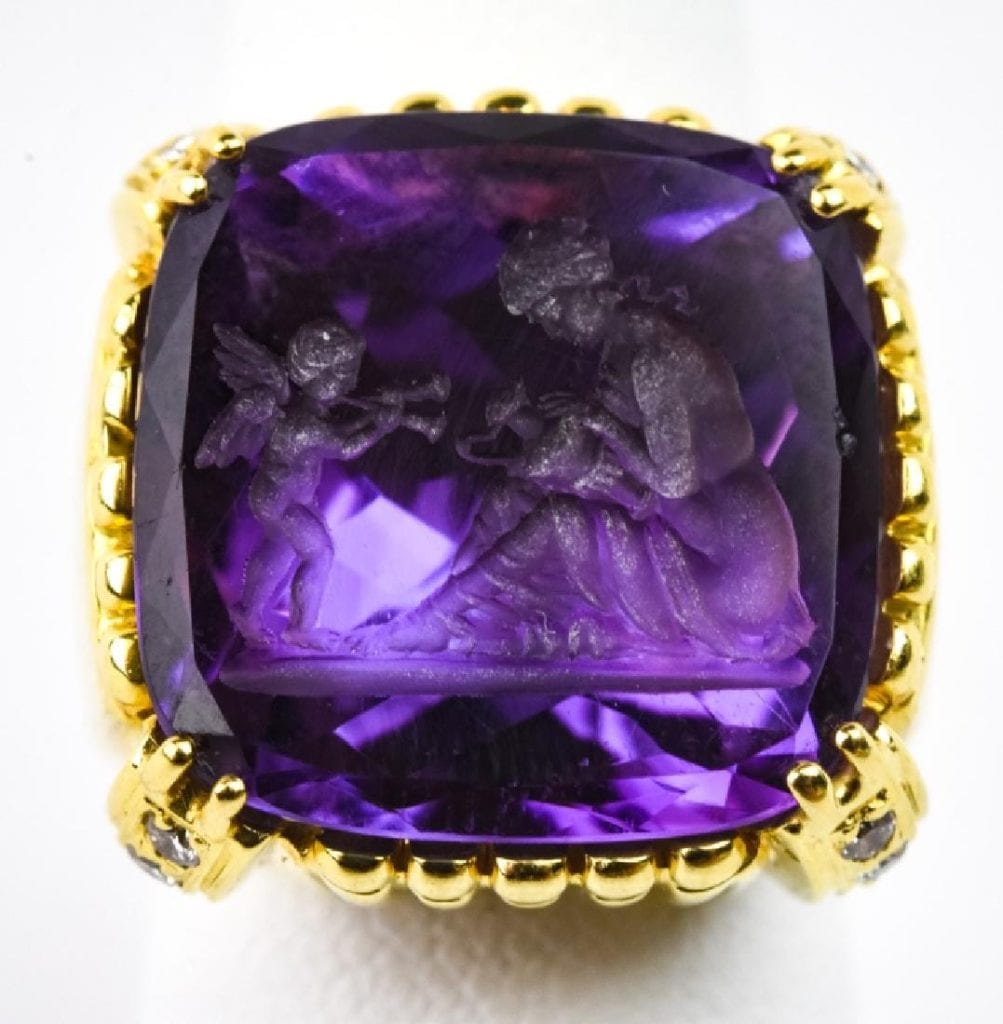 The amethyst in this 18k yellow gold ring features a carved intaglio design in a Classical motif. Photo courtesy of liveauctioneers.com and Greenwich Auction. 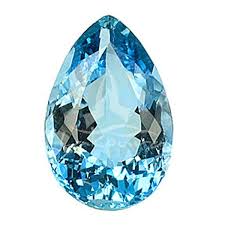 With the colors of the ocean, aquamarine ranks among the most beautiful gemstones you can buy. Since they occur naturally in large sizes, they are also among the largest cut gemstones.

There are many traditional beliefs associated with this gem. Aquamarine has been said to help with digestive, eye, and dental problems. In the past, sailors often used aquamarines to bring them luck at sea. Today, some still use the stone for protection.

The stone is said to be a positive force that can bring happiness to its wearers and help them cope with the grieving process. Some people believe the aquamarine promotes healing energy, reduces the fear of water, and can even bring a wayward lover back. Some shamans use it as a meditative stone. 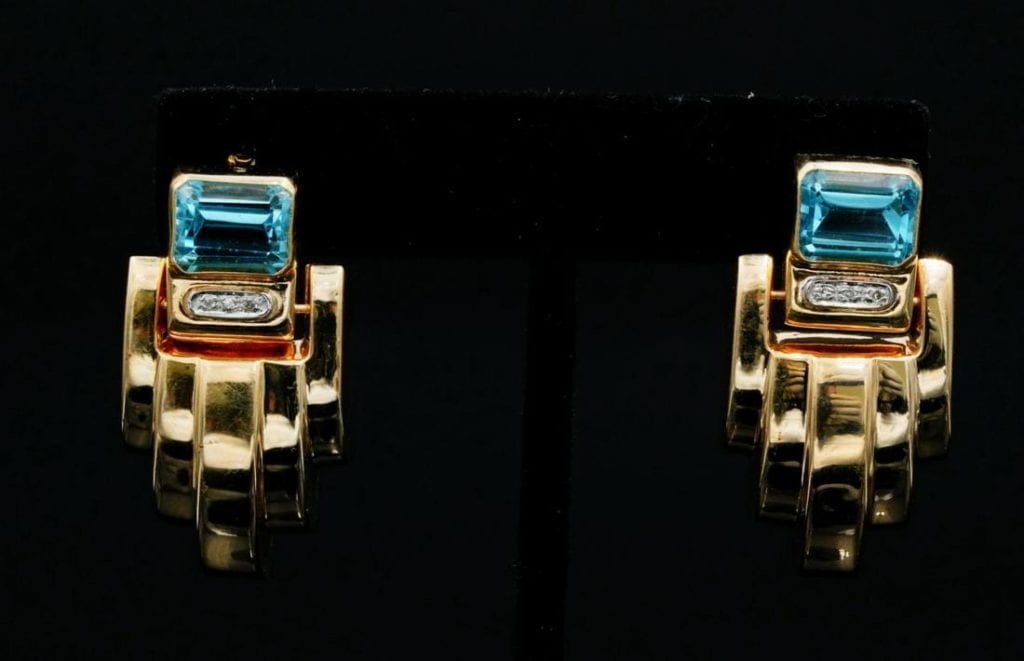 Although named after emeralds, emerald cuts can be used to showcase beautiful color in many types of gemstones, like the aquamarines in these 14k yellow gold earrings. Photo courtesy of liveauctioneers.com and GWS Auction Inc. 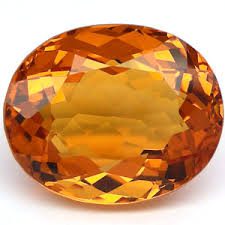 The yellow to reddish orange variety of quartz, citrine has enjoyed a surge in popularity with a renewed interest in “earth tone” jewelry. However, most citrine on the market today doesn’t come out of the ground with these colors. Brown smoky quartz and amethyst (purple quartz) are usually heat treated to create citrines.

Wearing citrine jewelry is said to promote emotional well-being and increase positive energy. Some believe it can help with hearing difficulties, digestive ailments, sleep problems, and pain and inflammation management.

Wear citrine in its natural form if at all possible to enhance its positive benefits. 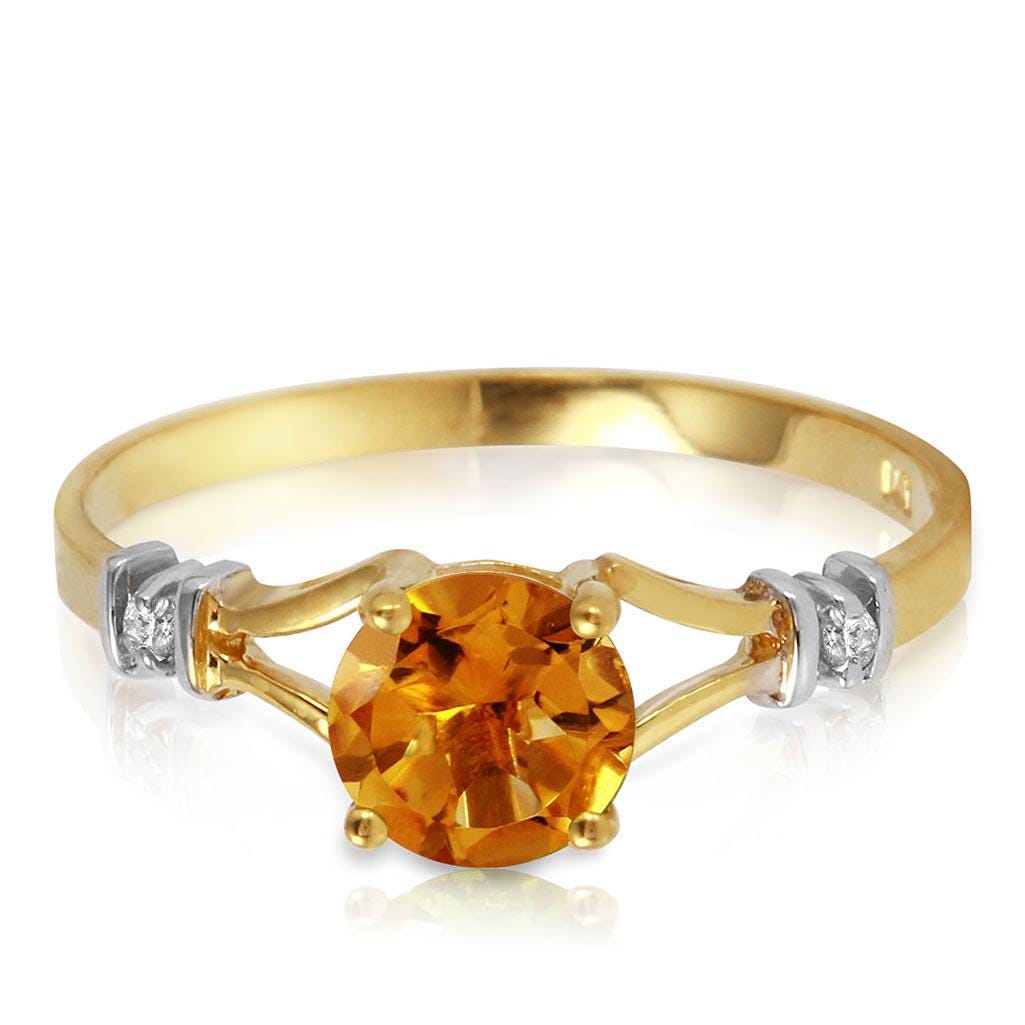 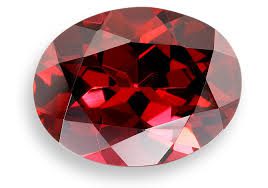 Garnets can come in virtually any color, but the most well-known are red. Before the development of modern gemology, many people treated all transparent red gemstones as the same type of stone. Therefore, you’ll find many similarities between the folklore of garnets and rubies.

Garnets with gorgeous, deep shades of red are said to energize wearers, which could help them deal with health issues.

Wear garnet to give your whole system a boost, revitalize your body, and promote your emotional well-being by increasing your confidence. The stone is also said to bring protection from evil and bad karma.

Wear your garnet anywhere, but near the heart is said to be optimal. 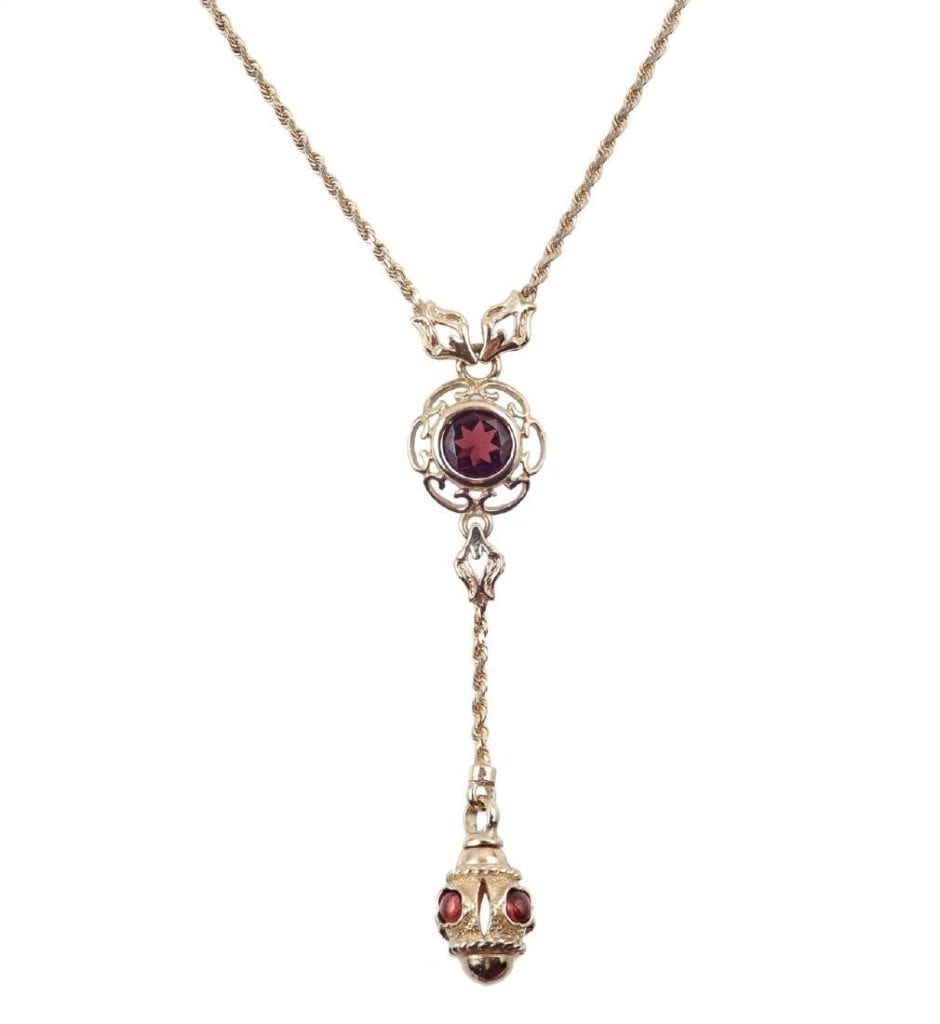 This 14k necklace features a garnet pendant in a filigree setting and four more garnets set in a drop. Photo courtesy of liveauctioneers.com and Stephenson’s Auction. 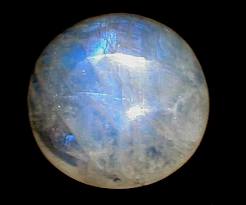 Hauntingly beautiful, moonstones can have many different body colors but show a distinctive, billowy, blue to white moonlight-like sheen known as adularescence.

Not surprisingly, moonstones have many symbolic connections with the Moon. Since ancient times, travelers have used this gemstone as a protective talisman. Moonstone jewelry has also been used to alleviate anxiety, depression, and insomnia. It may also promote creativity.

Some believe this gemstone can help combat the ailments of both childhood and old age, just like the Moon both waxes and wanes. 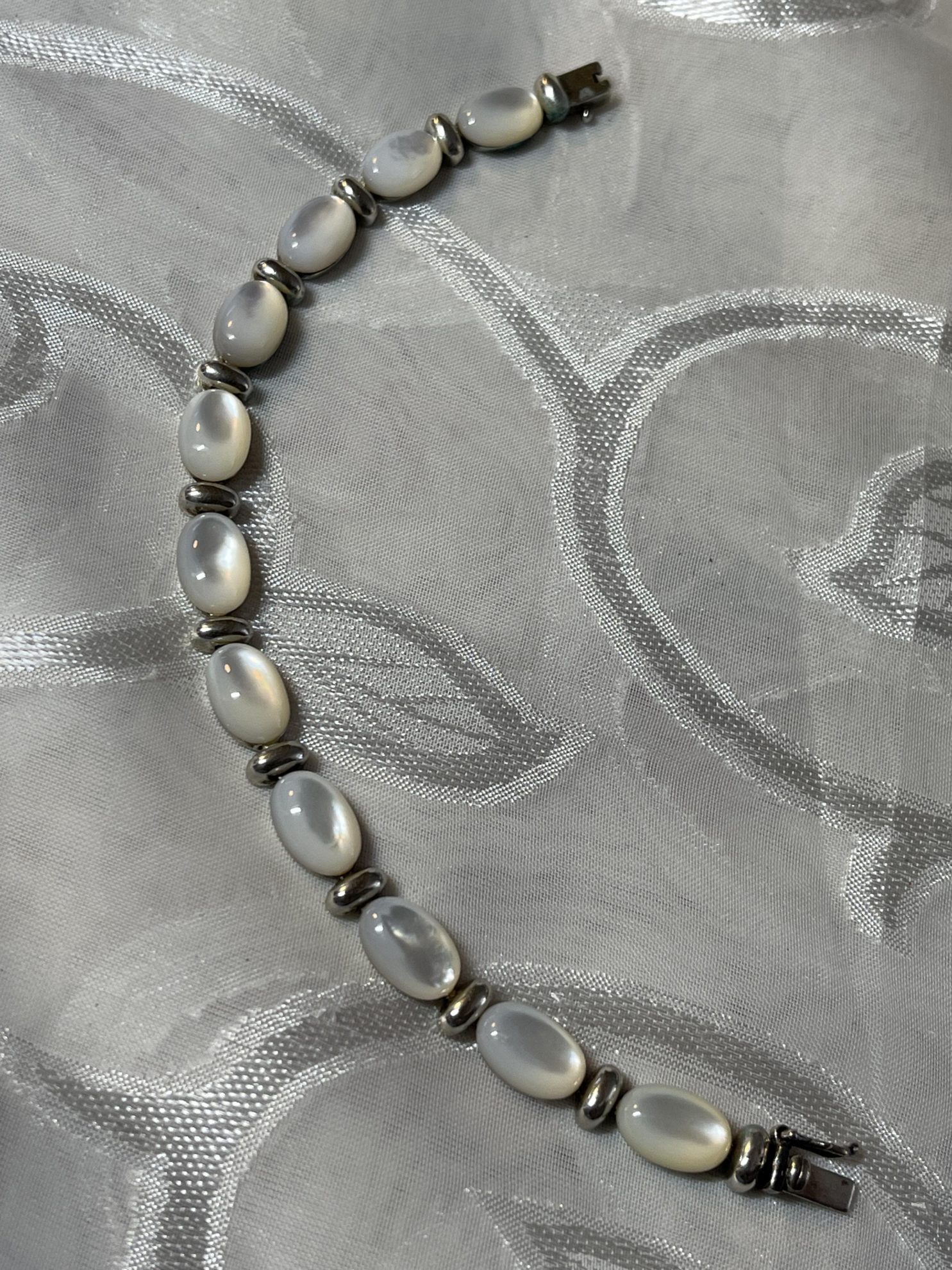 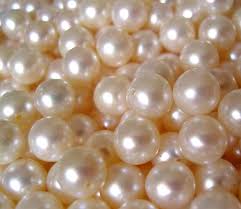 Beautiful pearls occur naturally (but very rarely) inside both saltwater and freshwater mollusks, most famously oysters. Although the archetypal, and most highly valued, pearls are round and white, these organic gemstones can come in many shades, shapes, and sizes. Their aquatic origins have inspired much of their symbolism.

Pearls are said to balance the entire body and create positive, happy feelings within the wearer. In traditional Asian medicinal systems, pearls have been used for treating ailing digestive systems, fertility issues, and heart problems.

Today, pearl powder is used in makeup to achieve a glowing complexion. Some people believe it can also be used to treat many skin disorders such as rosacea. 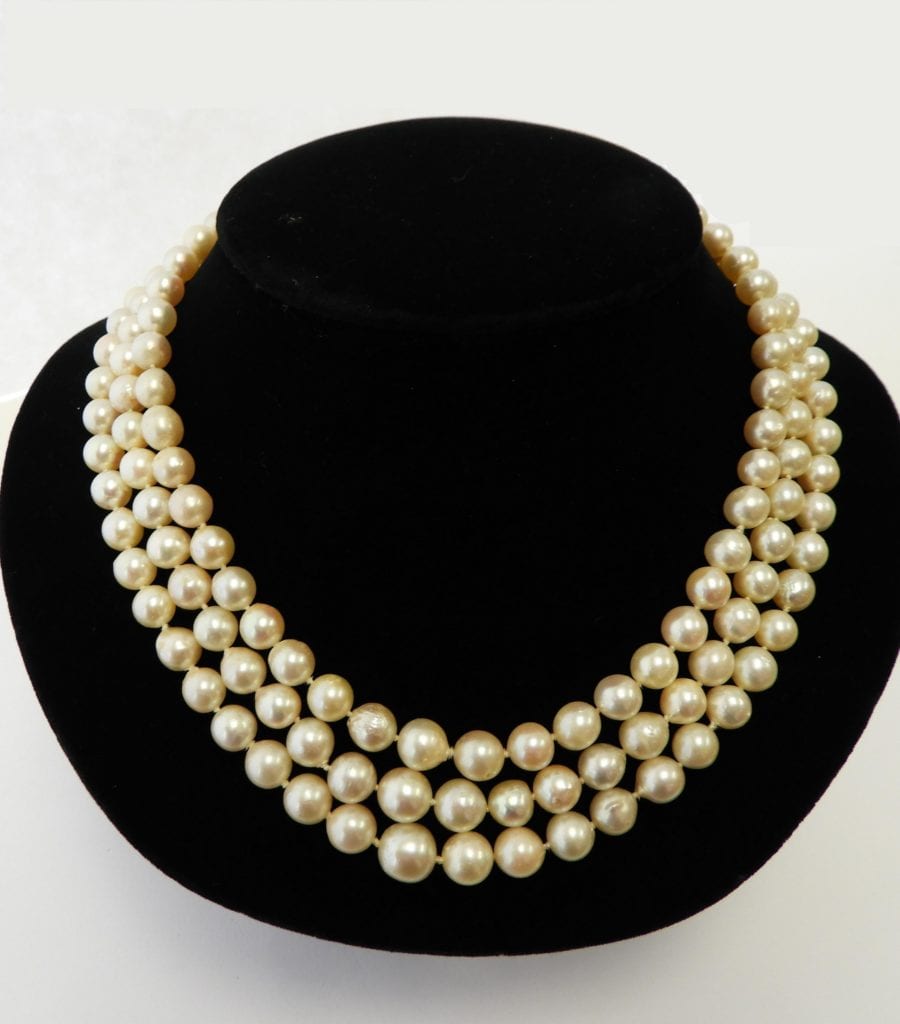 Due to over-harvesting, pollution, and environmental change, pearls now occur in the wild very rarely. In fact, natural pearls are among the rarest gems in the world. Thanks to pearl farming, consumers have ready access to cultivated or cultured pearls. These pearls still form inside mollusks as they do in the wild, only the pearl farmers carefully maintain the growing environment. Three strand cultured pearl necklace. Photo courtesy of liveauctioneers.com and Litchfield Auctions. 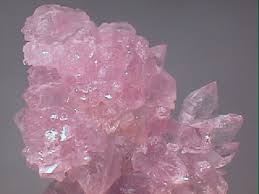 A popular gemstone, rose-hued quartz is said to help heal heartaches. Closely associated with love, rose quartz seems to have a soothing, gentle energy that can calm an agitated wearer.

To get the most benefit from a rose quartz, wear the gemstone on a pendant around your neck. This allows the stone to stay close to your heart and help close emotional wounds, promote self-love, and keep your heart open to positive relationships.

A gift of rose quartz jewelry can make a wonderful message to someone going though a divorce, breakup, family estrangement, or any struggle with loneliness and lack of inner peace. 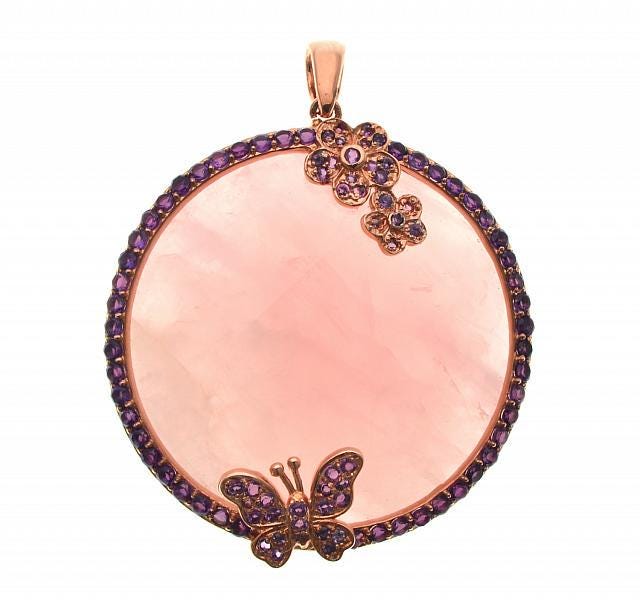 Somewhere along the way, the belief that wearing the wrong birthstone would bring bad luck also emerged. In particular, pearl (June) and opal (October) have acquired reputations for bringing misfortune if worn by those who weren’t born in these months.

Please keep in mind that birthstone customs have changed over the course of history. Recently, jewelers have even added spinel, citrine, and tanzanite as modern alternative birthstones (for August, November, and December, respectively). Birthstone lists also differ by country and culture. You can even find birthstones based on a variety of factors, from astrological signs to birth hours and days of the week.

If you’re interested in wearing gemstones with health benefits, don’t worry about whether or not a particular gem is your proper birthstone. After all, birthstone lists are hardly set in stone.