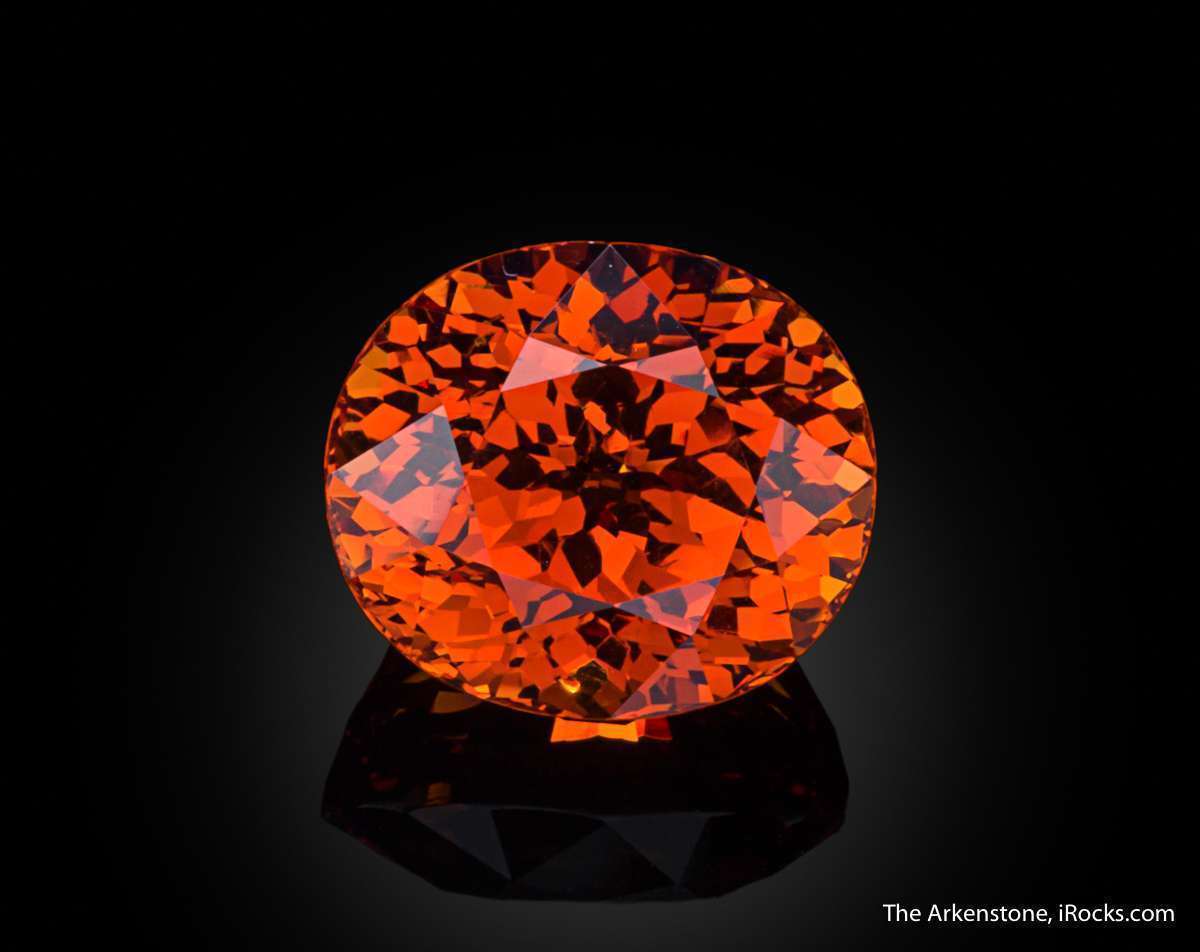 While the colors of spessartine or spessartite garnet gemstones cover a wide range of orange shades, the mandarin garnet is as pure orange as this variety can be. Discovered in Namibia in the 1990s, this rare gem is highly desired as a jewelry stone for its eye-catching color, brilliance, and hardness. 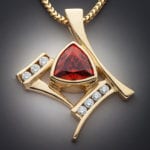 The purer the orange color, the more valuable the mandarin garnet.

For more detailed information on quality factors for mandarin and other varieties of garnets, consult our garnet buying guide. 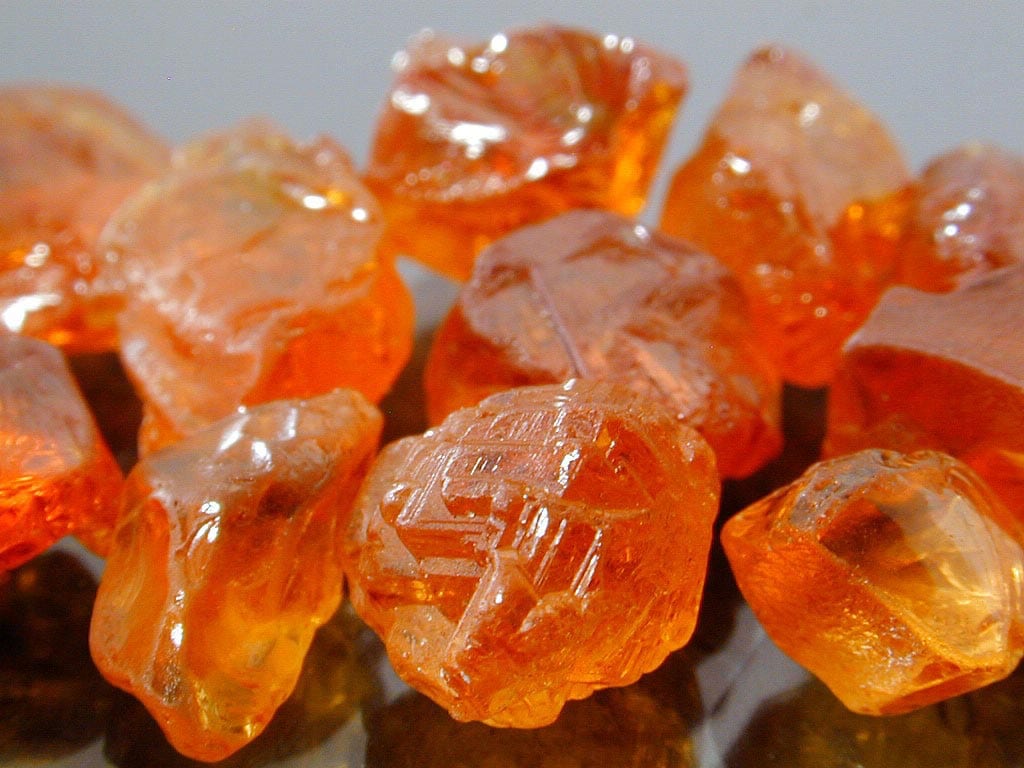 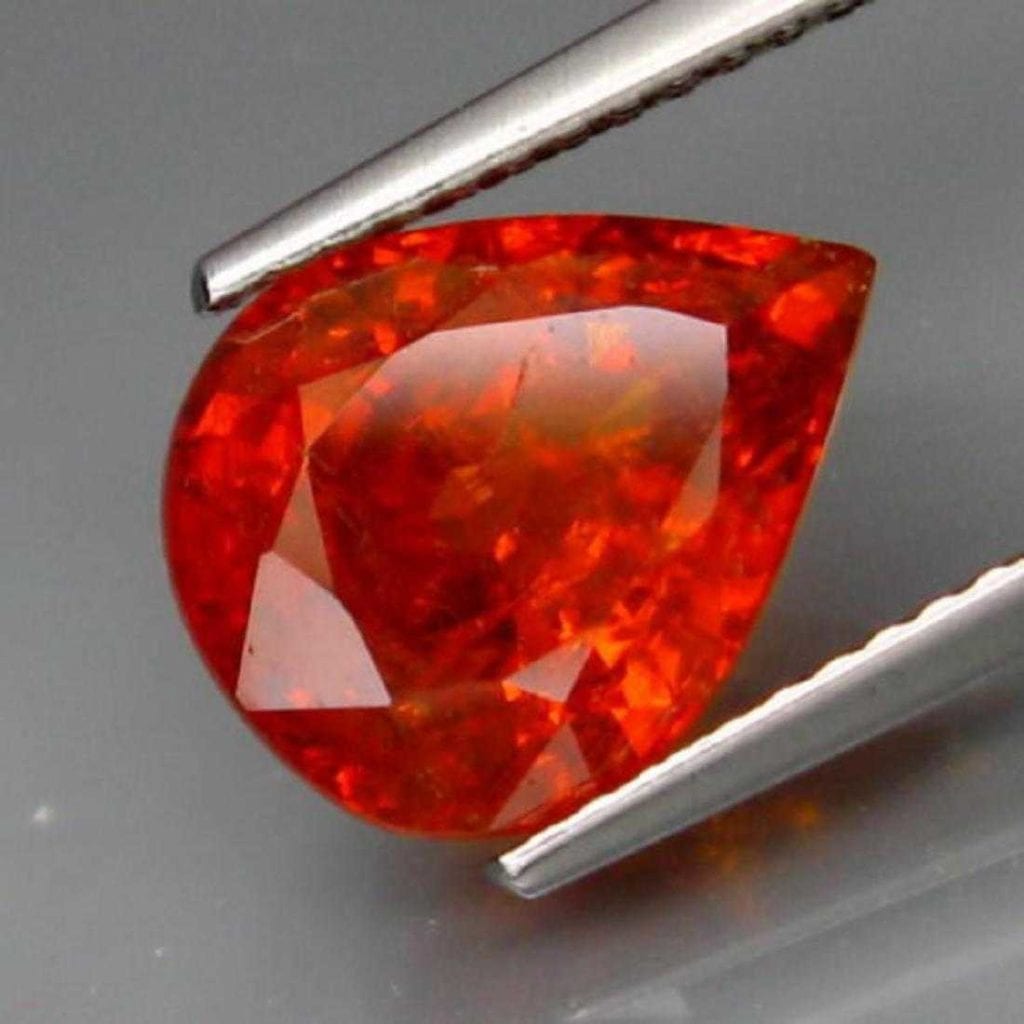 Mandarin garnet is unequivocally orange, but its exact definition can vary. “Mandarin garnet” has been used as a trade name for vivid orange spessartite garnets from Namibia as well as a trade name for all spessartite garnets that possess that color. In the mid 1990s, the only garnets that fit either description were from Namibia. Like other garnets, these gemstones were mixed species. Their average composition was 85 mol.% spessartite, 12.5 mol.% pyrope garnet, and 2.5 mol.% grossular garnet. The high manganese (Mn) content of spessartite gave them their striking orange color.

In 1998, Nigeria began producing gem-quality spessartite (95 mol.%) with an orange color that approaches that of the Namibian material. In 2007, gem-quality orange spessartite was discovered in Tanzania with a composition very close to the Namibian stones: 77.5 mol.% spessartite, 17.9 mol.% pyrope, and 4.6 mol.% grossular. 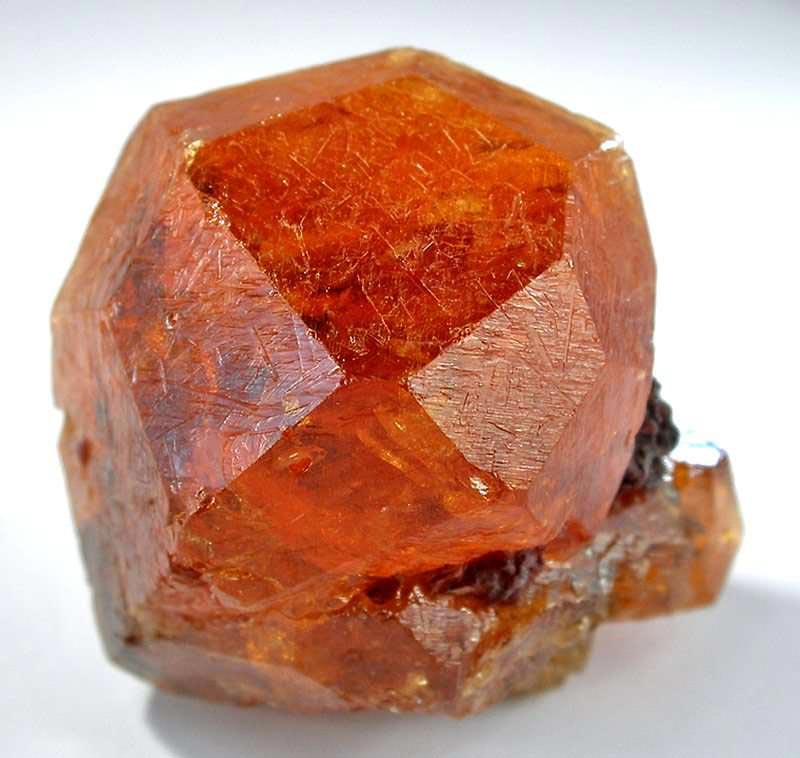 Whether defined by color, source, or chemical composition, Mandarin garnets made a splash in the jewelry world. Spessartite garnets are rare, and facetable material rarer still. The discovery of these gem-quality African gemstones meant jewelers and consumers could explore and enjoy the brilliance of these garnets.

These gemstones don’t normally receive any treatments or enhancements, thus making them very desirable to collectors and enthusiasts of natural gems. 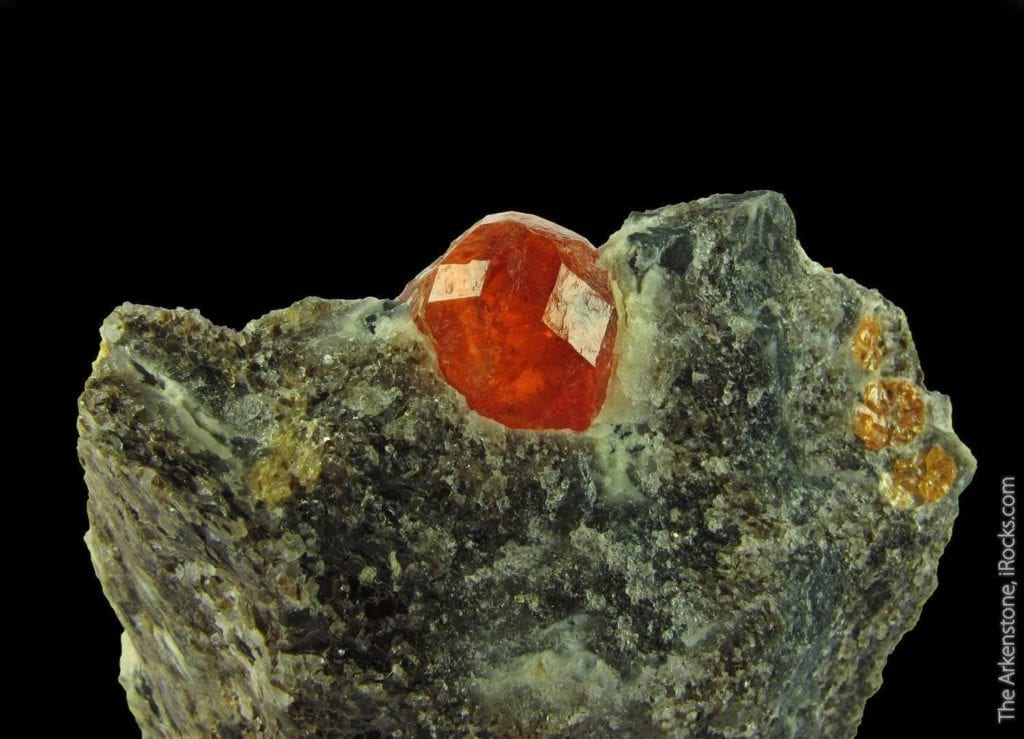 Mandarin garnets greater than 10 carats are extremely rare. At the Tucson Gem and Mineral Show in 1995, Colgem displayed a faceted, cushion-shaped 29.77-ct stone and an eye-clean triangular mix-cut 14.77-ct stone. The Houston Museum of Natural Science has a gold ring with a faceted 39.35-ct mandarin garnet on display.

The use of warm water, detergent, and a soft brush is the recommended cleaning method for all garnets. Consult our gem care guide and jewelry cleaning guide for more information. 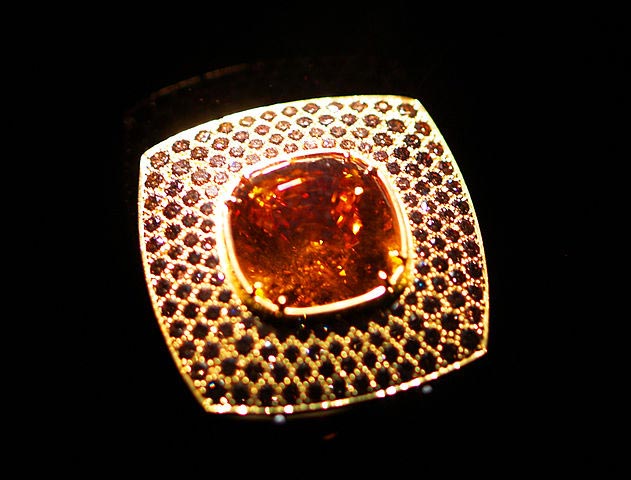 Ring with cognac diamonds and a 39.35-ct mandarin garnet, designed and created by Ernesto Moreira, Houston Museum of Natural Science. Photo by Assignment Houston One. Licensed under CC By-SA 2.5. 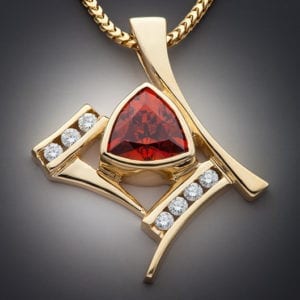 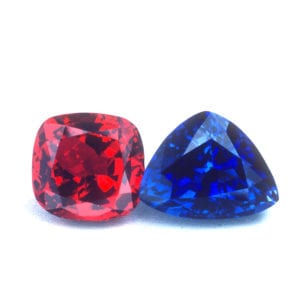 Gemologists use several different gem classification methods. Learn how the most common systems work and what they cover as well as exceptions… 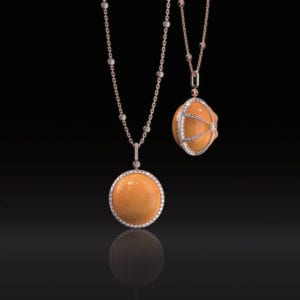