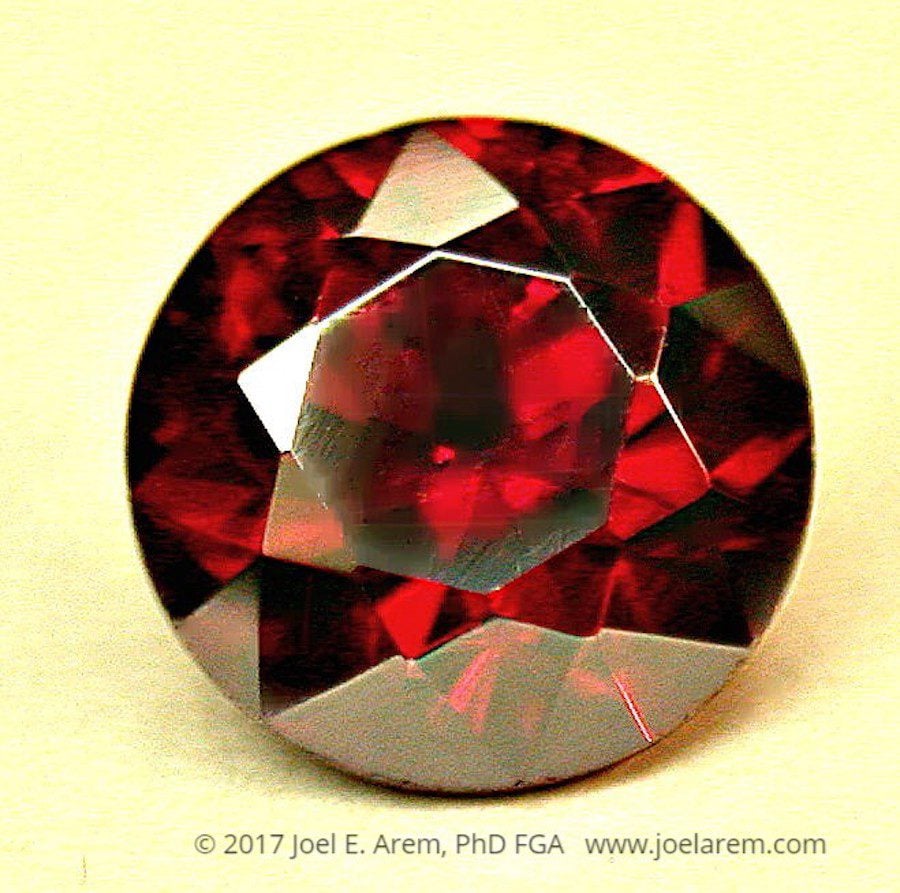 Proustite crystals have magnificent red colors and good brilliance. Although facetable, they’re too soft for jewelry use but highly desired as collector’s gems. 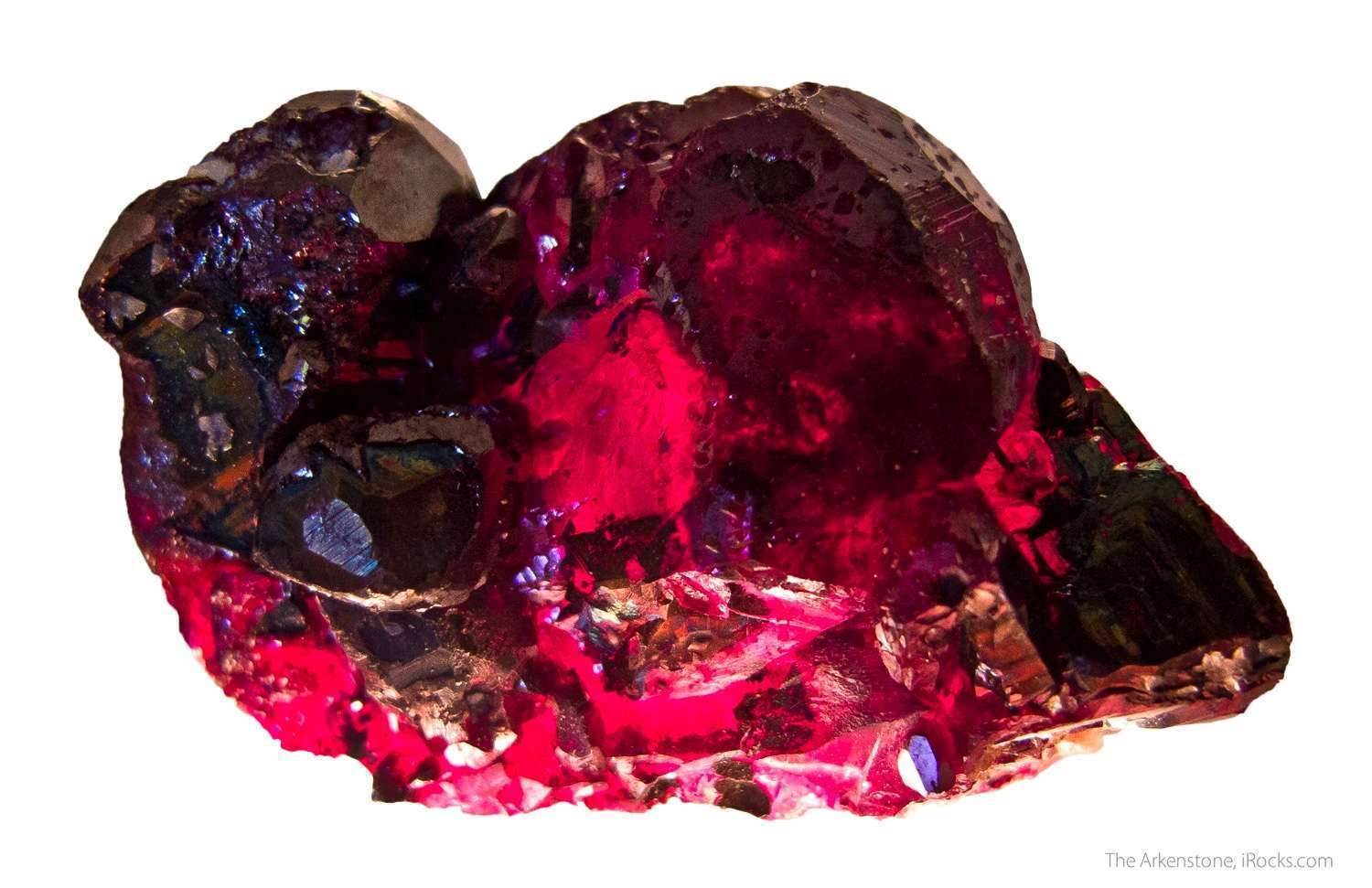 One of the rarest of all the better-looking collector gems, faceted proustite can display deep red colors with a beautiful and distinctive metallic surface luster. Sometimes called “ruby silver,” proustite is also a source of ore for this metal. (Of course, “ruby” here refers strictly to proustite’s color, since these minerals are unrelated).

Proustites and xanthoconites are dimorphous. They share a chemical formula, but proustites have hexagonal (trigonal) crystal habits, while xanthoconites have monoclinic habits. Proustite also forms a series as the arsenic (As) analogue to pyrargyrite, the antimony (Sb) analogue.

The presence of silver in proustite causes a permanent photochromic effect. Exposure to light over time turns it black.

This material has a bright red streak. Please note: don’t conduct streak testing on finished gems. Test material in inconspicuous spots as a last resort for identification purposes only.

Scientists have synthesized crystal proustites for research into optic mixing and lasers. This lab-created material may appear faceted in collections of rare and unusual gems. 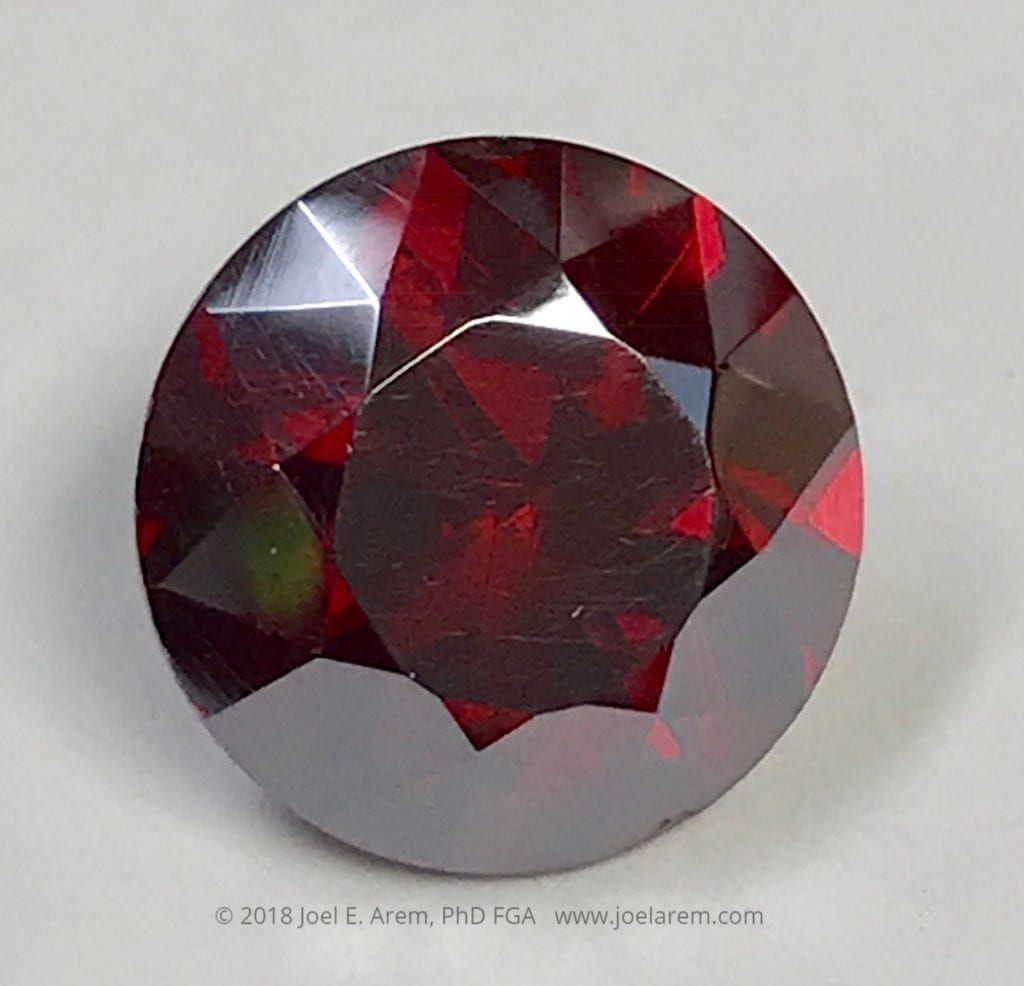 No known treatments or enhancements.

Chile produces the world’s finest proustite, particularly from the Dolores Mine in Chanarcillo. Deep red, often transparent crystals occur here in sizes up to 6 inches long and very thick. The occurrence here is unique. Most cuttable gem material comes from Chile. 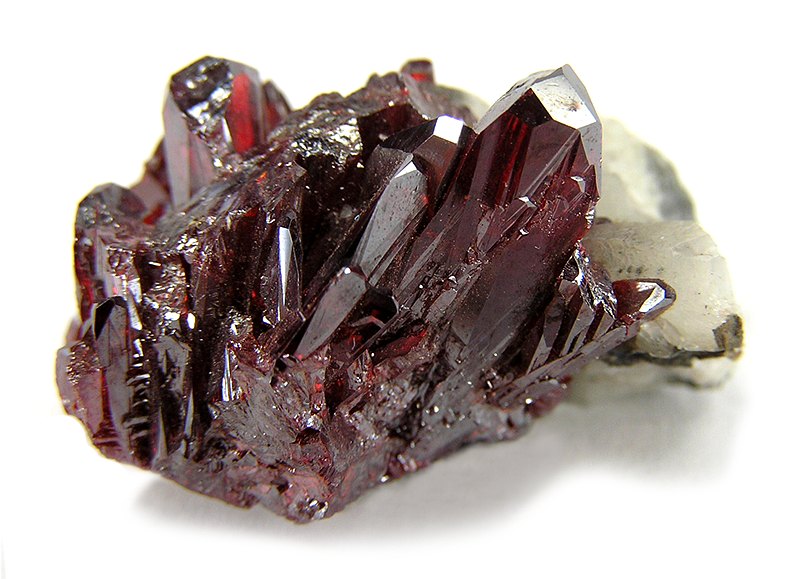 Faceters could cut gems weighing several hundred carats from crystals displayed in various museums and private collections. However, that likely won’t happen. The National History Museum in London holds some of the finest specimens known. The Smithsonian Institution holds a 9.9-ct red stone from Germany.

Faceters should note that proustite does contain arsenic. When cutting this gem, take care not to accidentally ingest dust or particles from it. For more information, consult our articles on general safety tips for lapidaries and advice for handling toxic gem materials. However, wearing or handling finished proustites should pose no health problems.

Due to its photochromism, don’t display this gem material under strong light. Furthermore, the stone’s very low hardness (2-2.5) makes it a very impractical choice for a jewelry piece. (A coin could scratch it). Consult our gemstone jewelry cleaning guide for more recommendations. 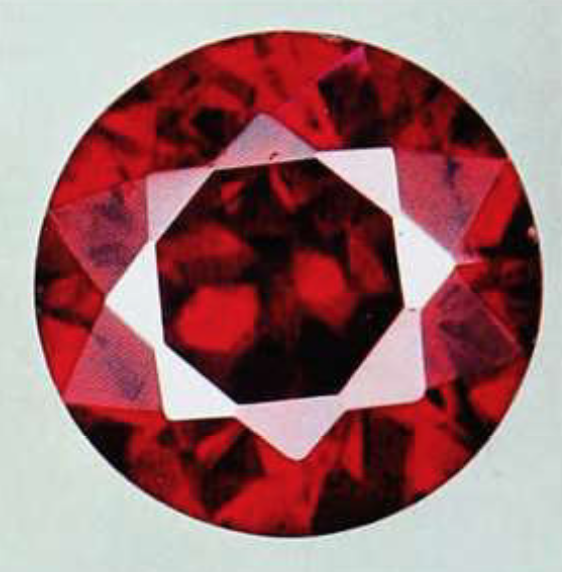