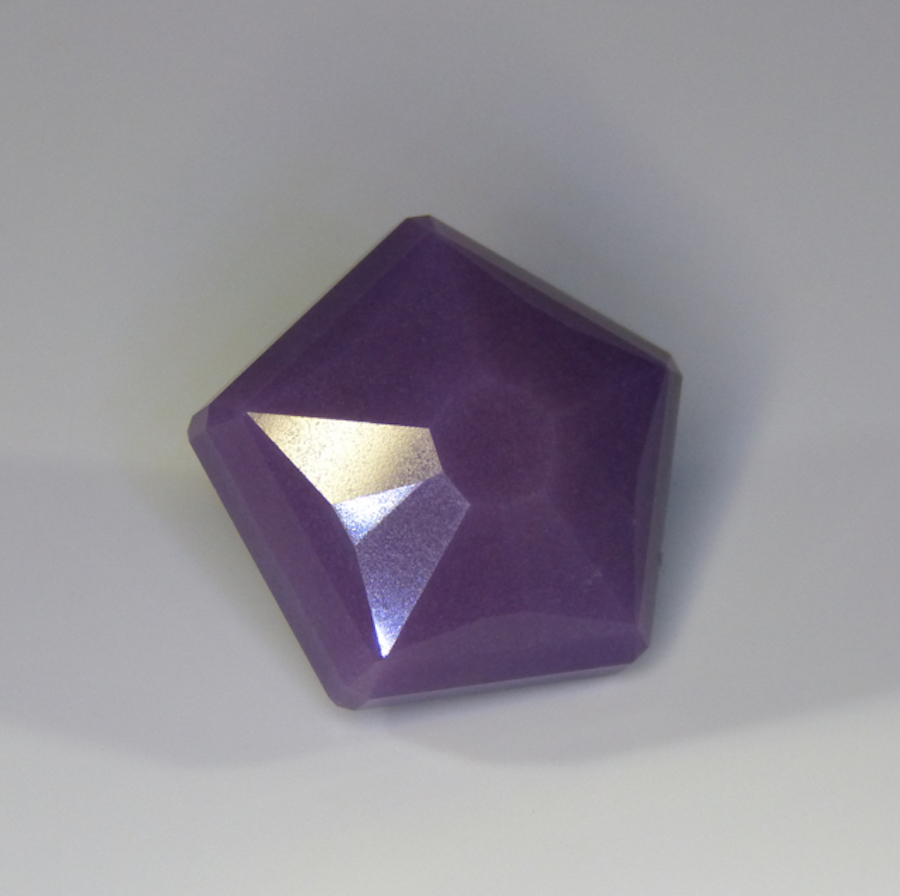 The most important factor in grading sugilite is color. The deepest color receives the highest grade. A mottled appearance under close inspection doesn’t affect the overall value, provided the overall color remains deep. However, lighter areas mixed with dark purple will lower the value.

Sugilite is available in fairly large sizes. Gems over ten carats are common and receive no additional value per carat.

Translucent sugilite isn’t yet available in sufficient quantities for market values to be established. 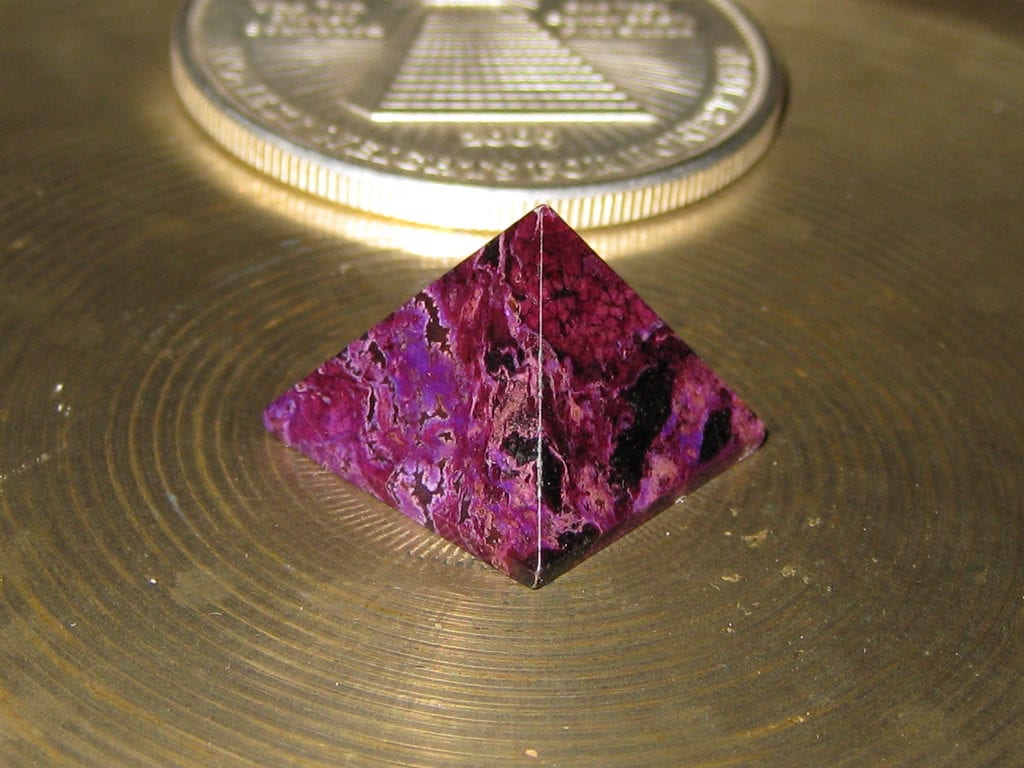 Outside of Asia, sophisticated gem shoppers haven’t shown great interest in sugilites. Perhaps younger consumers in North America and other parts of the world will find this material’s bold, striking color more attractive. Of course, its rarity may appeal to collectors.

Discovered in 1944 on Iwagi Islet in southwestern Japan, the first known sugilites were actually tiny, yellow crystals. They had no gem value. In 1955, some dark pink prismatic crystals were found in central India. However, this material wasn’t cuttable.

In 1975, a core-drill sample from a manganese mine near Hotazel, South Africa revealed a thin seam of sugilite. This material had enough manganese content to give it a deep purple color. Small but significant, the deposit became the first source of gem-quality sugilite and launched the gem’s now famous association with purple. (Some specimens can approach an amethyst-like color). 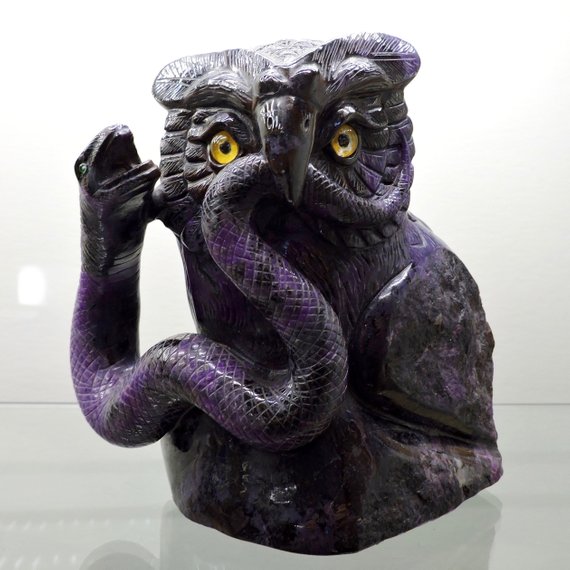 In 1979, a massive deposit estimated at 10-20 tons was found near Hotazel. Unfortunately, it lies 3,200 feet underground. The combination of the technical challenge of mining the material and the limited demand for sugilite means much of it remains underground. Half of the deposit may have the opaque, grape jelly color of known gem-quality sugilites. However, a very small percentage, perhaps 0.1%, may be translucent. Known as “sugilite gel,” this material is extremely rare and highly prized. 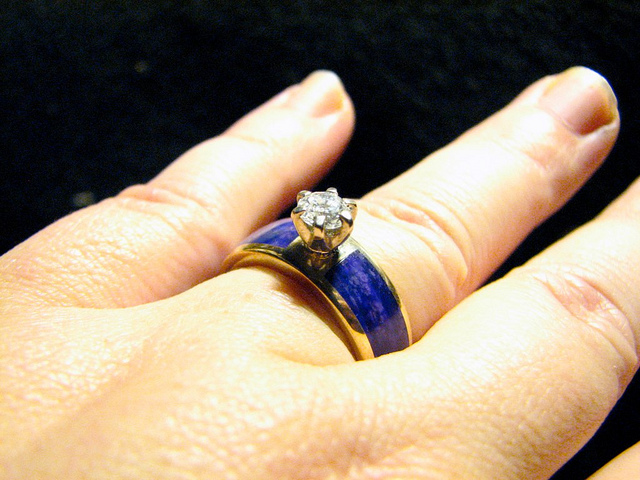 A number of trade names for sugilite have emerged. Material more lavender than purple is sometimes called “Royal Lavulite.” Hotazel, South Africa has inspired names such as “Royal Azel” and “Royal Lazelle.” The Wessels Mine itself has also inspired the name “Wesselite.” 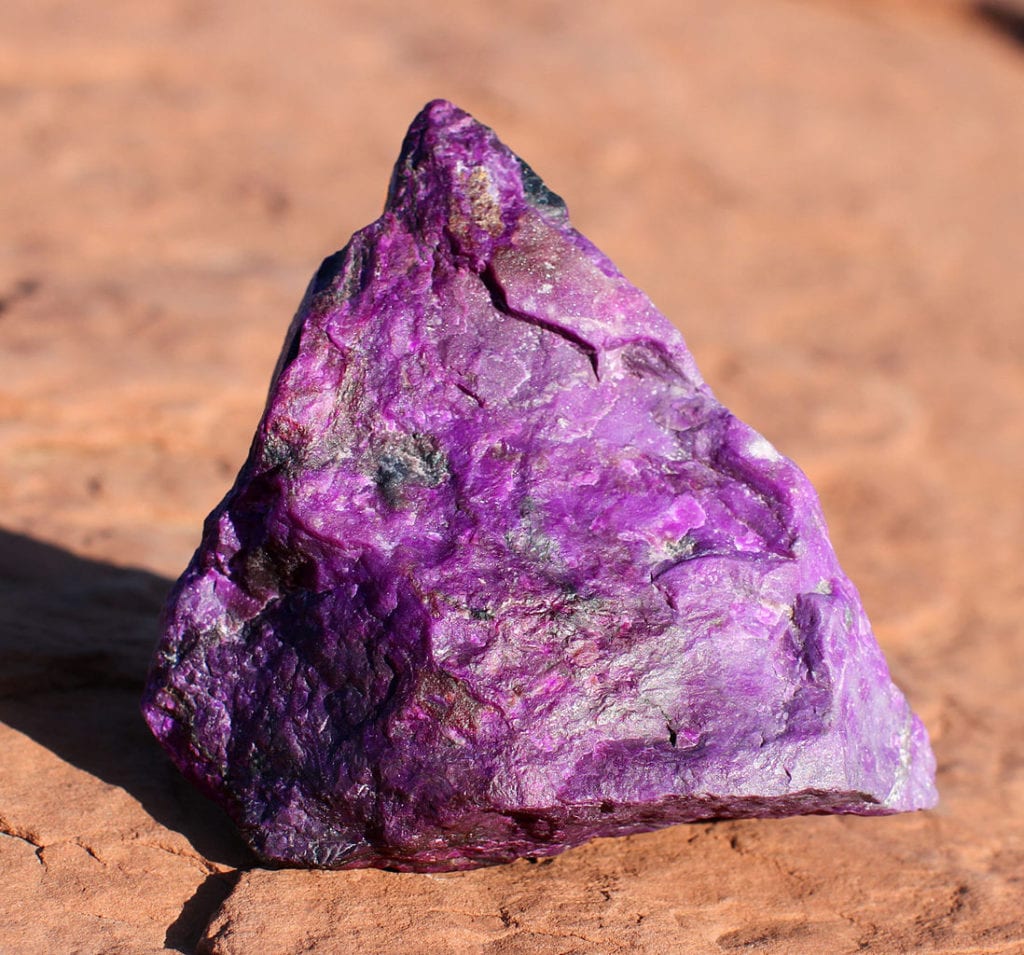 Variations of the name “Cybelene” are also given to sugilites, perhaps alluding to the myth of Cybele and Attis and its connection to the flower violet. 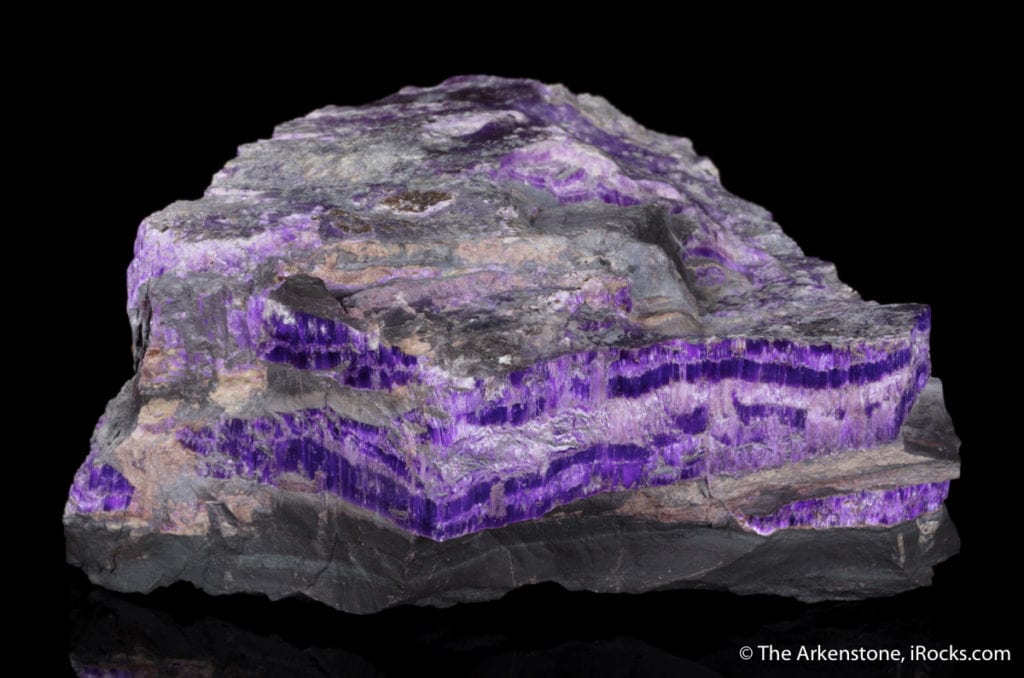 Deep purple, grape jelly sugilites get their color from traces of manganese. They may resemble sogdianite gemstones. However, sogdianites contains traces of titanium and zirconium, which sugilites lack. A chemical analysis can distinguish the two species. Note that sogdianite is a much rarer mineral than sugilite and far less likely to be found either cut or carved.

Another rarely encountered gemstone, purpurite can show a purplish rose color similar to sugilite. However, purpurites have a higher specific gravity (SG) than sugilites. 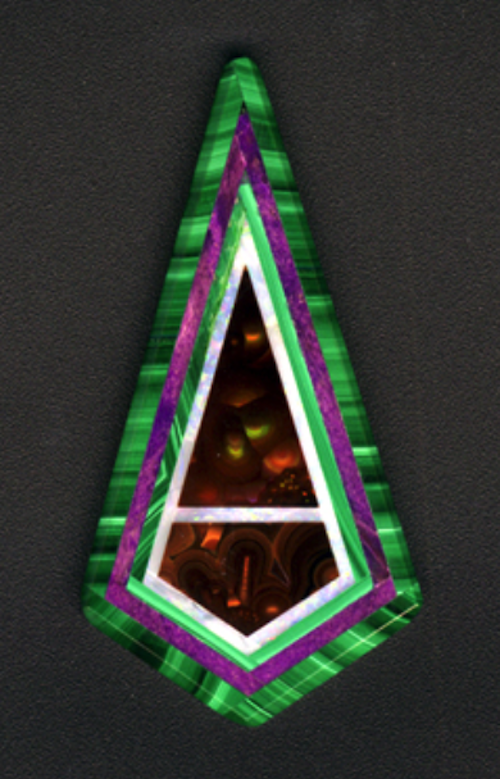 This intarsia by Jim Kaufmann consists of bands of malachite, sugilite, opal, and fire agate. Photo © All That Glitters. Used with permission.

A wide variety of gemstones have been used to simulate or imitate the appearance of sugilites. Gem labs have reported instances of dyed marble, dyed quartzite, dyed magnesite, and dyed and heated beryl confused with or presented as natural sugilites.

Consumers can easily find so-called “synthetic sugilite” for sale online. However, this material is most likely an imitation, not a lab-created version of actual sugilite. In these cases, “synthetic” means “fake” in the popular sense. Buyer beware.

Sugilites generally receive no treatments or enhancements. However, heating may lighten some dark material. 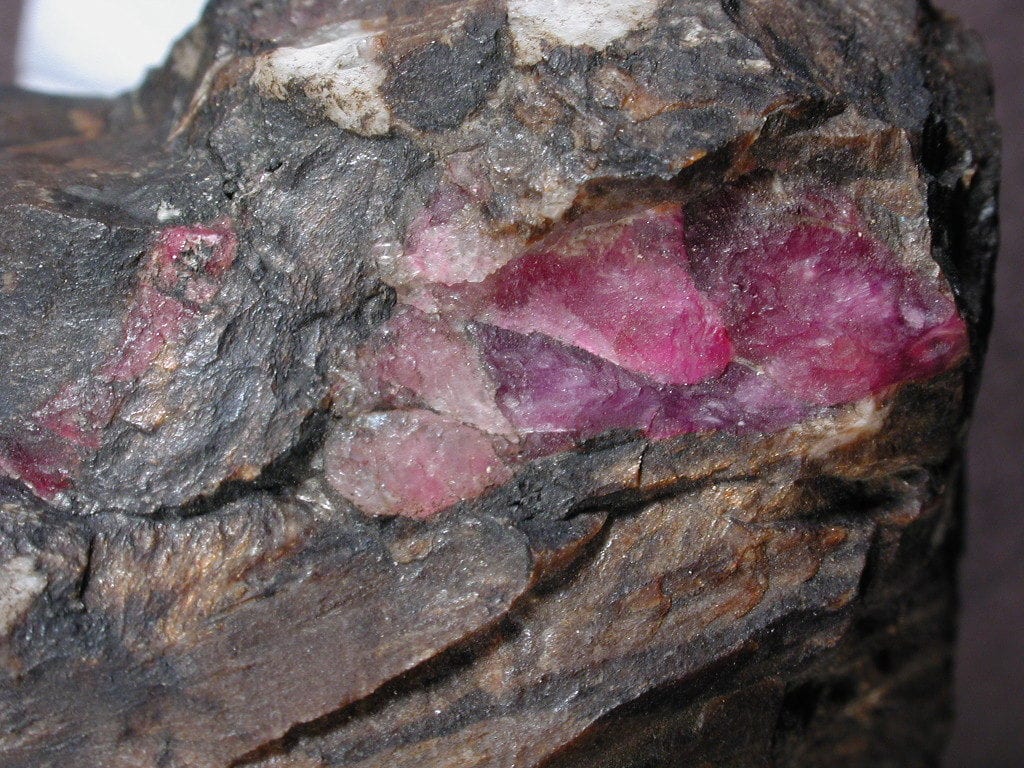 With poor cleavage, a hardness of 6-6.5, and a tough tenacity, sugilites can make durable gemstones. However, protective settings are advisable for preventing scratches, especially if this material is worn as a ring. Otherwise, these gems require no special care. 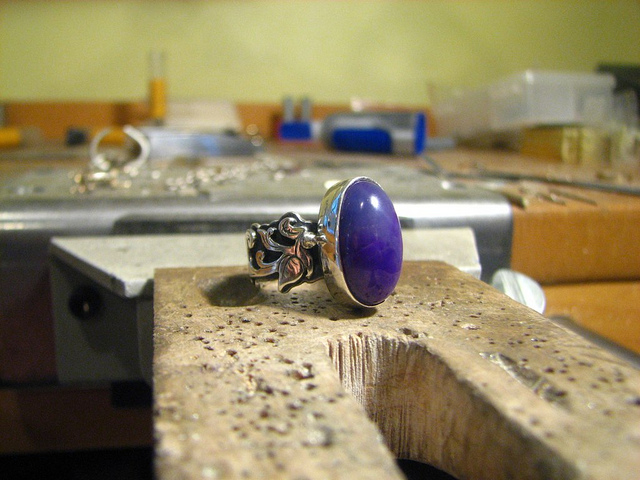 Sugilite ring with scrollwork. Jewelry and photo by Jessa and Mark Anderson. Licensed under CC By 2.0. 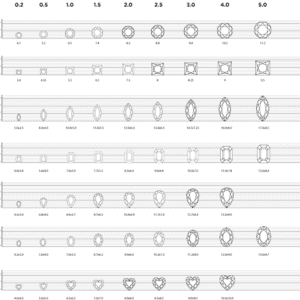 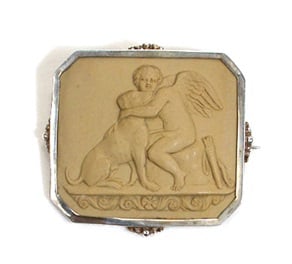 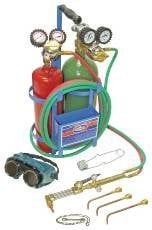 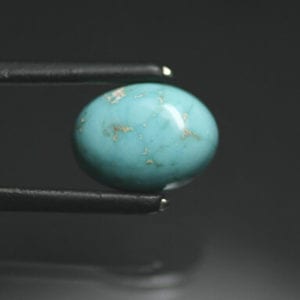 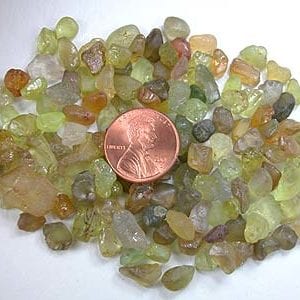 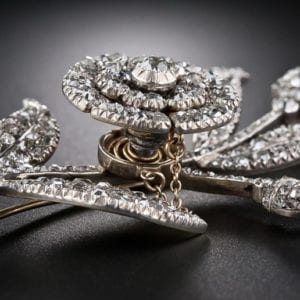