Left: A picture of the TEP ball park gemshow.

Well another Tucson Gem Show has come and gone. There were quite a few changes and new shows open this year and it looks like there will more changes and shows next year. Also like I had noted earlier, the gemshow promoters are definitely tightening up on the credentials for getting into the wholesale shows.

As you can see there was more dealers and tents this year. The TEP show is basically open to the public and is where most of the equipment manufacturers are located. 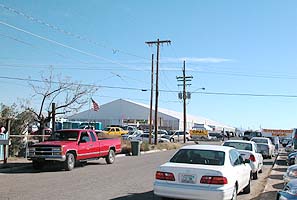 Left: A picture of the Inter Gem show that is also open to the public.

This show used to be located on Congress street by the highway (I-10) and was moved last year southeast about a mile and across the highway. It is a little odd to get to but interesting show to see. Some nice cabbing material and cabs, along with beads and more beads.

You never can tell in Tucson at a gem show what you will see where. 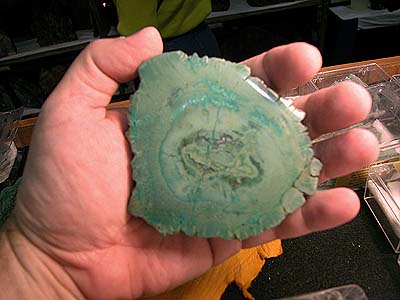 Left: A picture of green petrified wood that was found in Northern Arizona. The man with it was at the Inter Gem show.

It is considered quite rare and was interesting to see. Under a loupe the the actual cellular structure of the wood could be seen in some pieces. They told me the mineral that colored the petrified wood green. But I cannot remember what it was. I have pretty short term memory for most things that do not involve faceting or faceting rough. 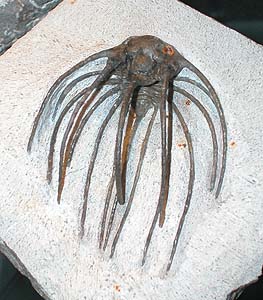 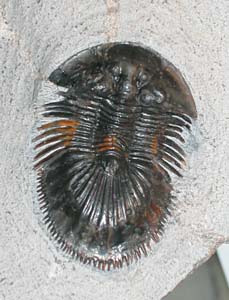 Above: Some interesting beasties that I saw at the Executive Inn fossil show.

OK, OK. What you really want to know is about faceting and faceting rough. Well here you go. Here is what I saw or did not see as the case may be.

Quartz
Amethyst and Citrine – were available in about the same quantity and quality as the last few years. That is to say it was available, not too hard to find and probably slightly up in price depending on what you wanted. All other Quartz was the same way basically.
Ametrine – Supply is low and there was very little around. Particularly saw cleaned material. They tell me that the mine owner is cutting the majority of the rough into finished goods at the mine.

Beryl
Aquamarine – there was not much available in good quality color from Africa. Mozambique and Zambian materials were in very short supply and if you could find some… quite a bit more expensive. There basically is no rough available coming out from the mines right now.
Aquamarine – from Afghanistan and Pakistan was available, but not in large quantity and the majority of this material is light to pale in saturation (crystal shaped). Not much in large sizes and most of the large stones were dirty, but a fair amount in pinky finger sized crystals, light color to pale.
Aquamarine – in small sizes 3-6 carats from Brazil in light saturation was around, if you were willing to work hard to find clean pieces in the piles of material.
Morganite and Emerald – was basically not available in faceting quality.
Goshenite – was around, but mostly small and not especially clean, an occasional large piece.
Helidore – was not really available, there was a little Pakistan material but mostly small and not too clean, left overs from the last few years (I think). A lot of the material was brown toned in color, which is not pretty.

Garnet
Pyrope – Garnets were about normal, around and not expensive but dark and small.
Spessertite – in the mandarin orange was around but extremely few pieces are clean enough to facet. The vast majority of the material is “sugary” and better cabbing than faceting. There is a new mine producing some very small clean crystals, but 1-2 carats rough is large. I looked though several kilos and never found one larger than 4 carats. The Bangkok cutters were after it, this material was ideal for them and will make pretty accent stones.
Grossular – Garnets were very scarce and the price was VERY high. Nothing clean to speak of in mint (it is almost gone and they are asking Tsavorite prices), Tsavorite was available cut, no rough as usual.
Mali – Garnets were not available rough and cut prices are through the roof in price and not readily available.
Rhodolite – was available, but nothing like the quantity that used to be around and getting more expensive. At least in the short run. Still some decent rough around. 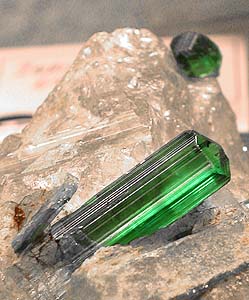 Tourmaline – Bad news all the way around, there is very little being mined. While it’s available, the pricing on both rough and cut is up and will continue to rise unless they find a good supply soon.
Rubellite – Not available basically. The Nigerian mine is gone and prices are escalating very quickly for quality pink and Rubellites. Expect to pay a lot more for it, if you can find it.

Chrysoberyl – There was a little rough available but most of it was not clean in larger sizes.

Peridot – There was a little rough available but most of it was not clean. I did see some clean parcels but they were expensive and not something that the average faceter could afford.

Sapphire – None available rough in general.

Sunstone – Available in about the same quantity and quality as the last few years. That is to say it was available, not too hard to find and probably slightly up in price depending on what you wanted. There is a find of some pale blueish/gray material coming form Tanzania. I was not very impressed with the color and did not see a lot of it.

Opal – Available in about the same quantity and quality as the last few years in small sizes. That is to say it was available, but higher quality/large material was not really around rough.

In general rough is on a down cycle and because of poor supply the rough that is available is getting more expensive. These cycles are fairly common in the supply of gemstones and hopefully this down cycle will not last long. That is not to say there is not some decently priced nice rough around. It is just that most really commercial rough like Tourmaline will cost more.

Below are some more pictures of the mineral shows. 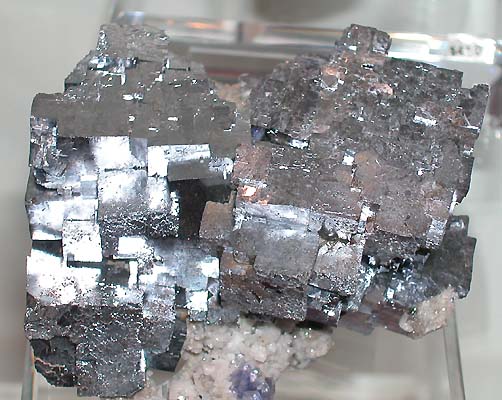 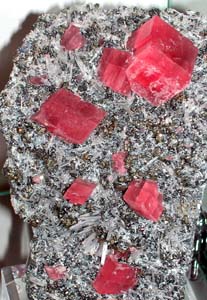 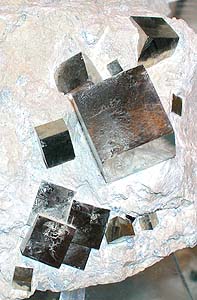 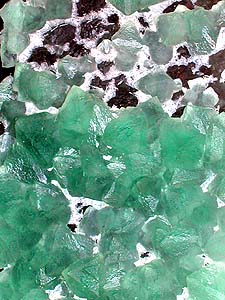 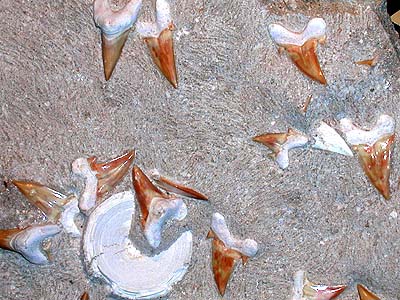 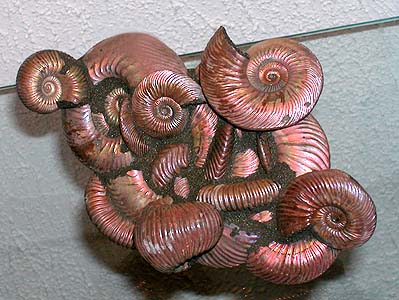