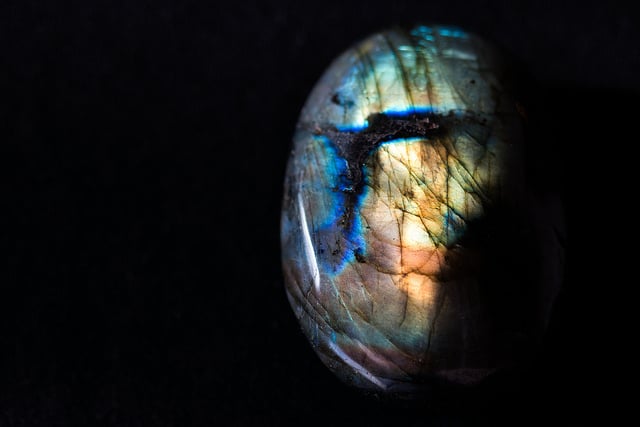 What is Your Gemstone Personality?

Home » Learning Center » What is Your Gemstone Personality?

The oddest things can fill our memories. My grandpa was a retired John Deere salesman from Ohio. To keep himself busy, he worked on many hobbies in the huge cinderblock garage he built himself. Here, he stored his gardening tools and fixed used appliances, while generally hiding from my grandma when she looked for him. I’m pretty sure the garage never housed a vehicle. That’s what the carport was for.

Both the garage and house held lots of items I always liked to explore. My grandpa had a piggy bank shaped like a pig, of course. However, this pig stood on its hind legs and dressed like a fisherman, complete with pole, creel, hat hung with lures, and a string of fish. Fishing was another of my grandpa’s hobbies. He filled the fishing pig bank with coins throughout the year. Every time I visited, he would empty it. We would count the coins, roll them up, and take them to the bank. That’s what we used for spending money.

One of my most favorite memories involves my grandpa’s rock tumbler.

He had a large box with what seemed like a hundred drawers, each filled with a different type of rock. In a second box, he kept the rocks he’d tumbled. My grandpa sat on a stool in his cave-like garage, working the tumbler, polishing and cleaning each rock until he was satisfied with its transformation. Each finished stone was unique. He used them to make jewelry or fill glass jars or vases. Sometimes, he attached them to lamp bases or other furniture items.

When he showed me the finished stones, I’d run the cool, polished gems through my fingers. I marveled at how an ugly little stone could become such a beautiful piece of art. It was hard to imagine that these pieces could have come from as close as the river banks of southern Ohio or as far away as the mountains of Russia. 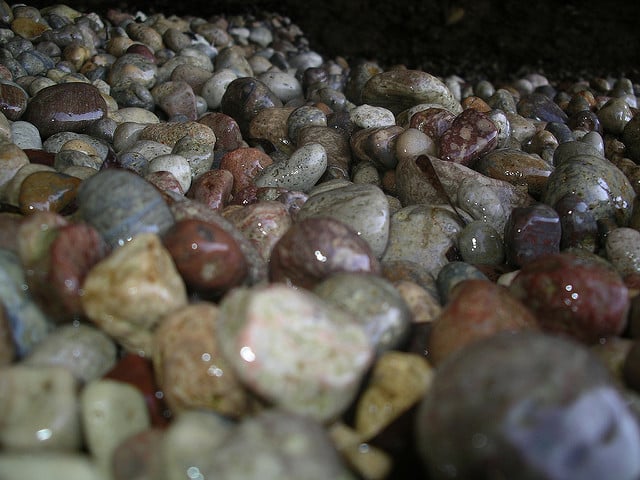 Tumblers polish gems by simulating the conditions that weather rocks naturally in rivers or at beaches, only greatly accelerated. “God’s Tumbler” by Caleb Maclennan. Licensed under CC By-SA 2.0.

Humans have always decorated themselves with jewelry. In prehistoric times, people used all kinds of natural objects, including shells, bones, and sparkly rocks that caught their fancy. Eventually, people learned to drill holes in these objects to make beads. In antiquity, people added artificial glass beads to their jewelry. Today, we also use diamonds and other precious gems to adorn our bodies.

Some historians believe jewelry was originally intended to serve as wards against evil or to bring good luck. Over time, many cultures began to use the wearing of gems and precious metals to identify important people. Nowadays, some people view gems like diamond, emerald, and ruby as extensions of the self. However, we also use gems as pretty baubles, status symbols, and to remember loved ones or celebrate life events. 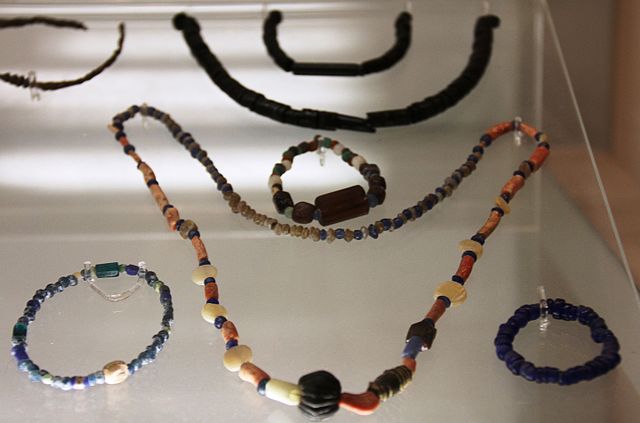 “Woman’s Jewelry,” ancient jewelry made from beads, found in Aquincum (2nd to 4th Century, CE, Hungary), on display at the Budapest History Museum, by Bjoertvedt. Licensed under CC By-SA 4.0.

Diamonds, in particular, have acquired a special status of their own. Many people consider diamond THE stone for engagements and other important occasions. This view has permeated our popular culture. “Diamonds are forever” and “Diamonds are a girl’s best friend.”

But what personality does a diamond really have?

Gemstone Personality, From Cut to Color

For gem cutters and jewelry designers, working with colored gemstones poses more challenges (and brings more excitement) than diamonds. Since so many species of colored gems exist, each with its own characteristics, they make faceting a challenge. They offer custom gem cutters opportunities to use their skill and knowledge of individual stones to create something unique.

Colored gem species come in many colors, of course. However, some species, like corundum, beryl, and quartz, also have different color varieties. For example, quartz has a very wide range, from colorless to the golds of citrine and the purples of amethyst. You could pick a particular colored gem for its physical and optical properties and still have many color choices. Gem cutters can flex their creativity to find the right cut to showcase a particular hue.

Using colored gems can also spark creative jewelry design. A great variety of lusters, inclusions, and phenomenal effects can give the surface of a colored gem an almost textural dimension. As a result, designers can combine different colored gems with varying hues and surfaces, creating amazing displays. For example, they may find inspiration in nature and use gems to create designs that evoke a sunset, a deep blue ocean, or a sandy beach. The finished jewelry piece can be as traditional or futuristic as the designer. Better yet, it may reflect the personality of the recipient. 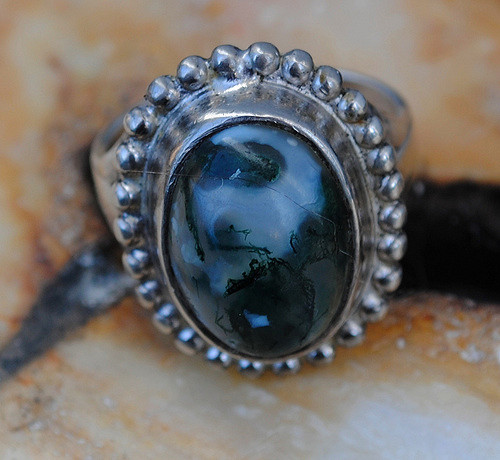 “Moss Agate Ring” by Deidre Woollard. Licensed under CC By 2.0.

Colored gems can help express emotion through jewelry. They can help you tell a story, since they’ve been a part of so many stories across time and cultures.

Many colored gems have rich bodies of myth and folklore. For example, the Ancient Greeks believed amethysts could ward off the effects of intoxication. Malachite amulets were purported to protect wearers from the Evil Eye. The Inuit believed labradorite received its color from the northern lights that were once trapped in rocks. The Ancient Egyptians believed that tourmaline traveled from the heart to the Sun. Along the way, it collected all the colors of the rainbow. This explains why it comes in so many colors.

Today, faceters, designers, and consumers have a chance to revisit powerful legends or create vivid new stories with colored gemstones. Explore them and discover your gemstone personality. 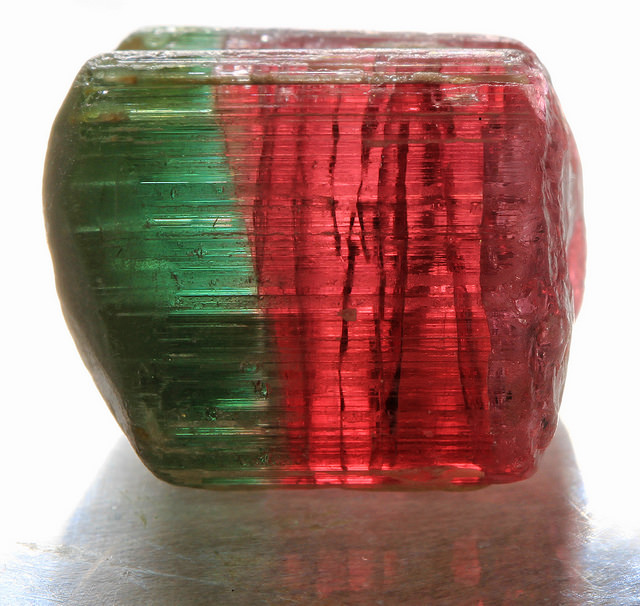 “Day 56 – Watermelon Tourmaline” by Judy Gallagher. Licensed under CC By 2.0.

Show Off Your Gemstone Personality

Imagine going to a party with friends from around the world. Everyone there has exotic names, like turquoise, lapis lazuli, sapphire, and alexandrite. Everyone is wearing clothing of the finest colors.

Now, imagine the same party with the guests wearing only white, and everyone hailing from pretty much the same place. How boring!

Your jewelry is the party. Each colored gemstone is like one of those exotic friends telling a really cool story about their origins and attire. 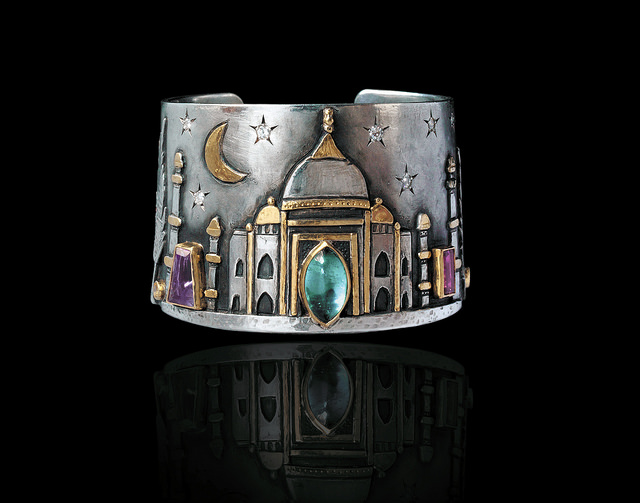 Take the time to learn about colored gemstones. If you do, you can work with a faceter and jewelry designer to create a piece with a unique story. Just like you. You can choose a colored gem for many reasons. Maybe you just love the color. Perhaps you’re fascinated by how it formed beneath the Earth or have a connection to its country of origin. You may even be intrigued by a design the faceter or jeweler proposed to cut it just the right way or create the perfect setting.

Imagine you’re at a party. (An actual party, this time). You’re wearing your diamond engagement ring and someone says, “How beautiful.” You say, “Thank you.” Now, imagine the same party, only you’re wearing your colored gemstone ring, bracelet, or pendant. You might reply, “Oh, this is agate made from tiny crystalline fibers. The stone came from Uruguay, where my parents met and later married.” Or, you might say, “This is my beautiful aquamarine anniversary necklace. My husband had it designed and cabochon cut to bring out this cat’s eye, just for me. He said it reminds him of the way my eyes sparkle, like the blue waters of the Caribbean.”

You can easily buy into the hype about diamonds as expensive, exclusive status gems. They’re certainly popular. With colored gemstones, however, you have a chance to create a unique story. They’ll make your jewelry more personal than diamonds can. Dare to be different. Let the gemstone’s beauty be in the eye of the beholder. The value of a colored gem lies in the story behind the stone, not the stone itself. That’s true whether the gem comes from a river bank in Ohio, a mountain in Russia, or just your grandpa’s garage. 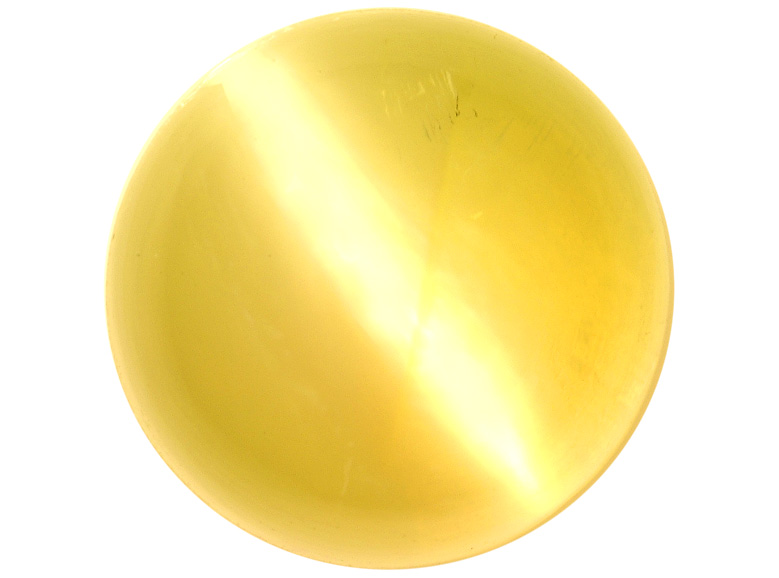 Chatoyant or “cat’s eye” chrysoberyl gems are also known as cymophanes. Fine silk inclusions (very fine threads of crystals) make its cat’s eye effect one of the sharpest of all gems when properly cut. “Cymophane” by Gemshare. Licensed under CC By-SA 3.0.

How accurate are gem, mineral, and rock scanner identification apps? Our review covers the strengths and weaknesses of over 20 apps.

How can i upgrade my video