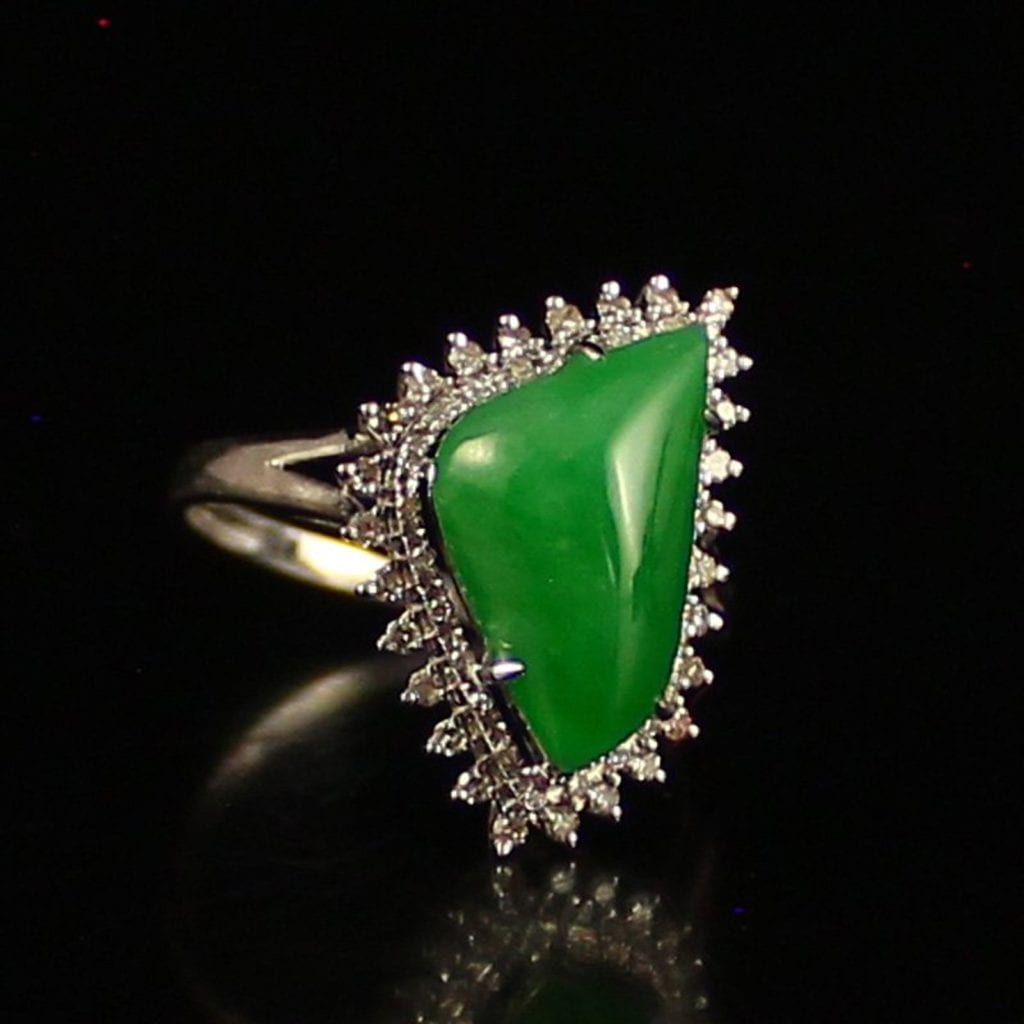 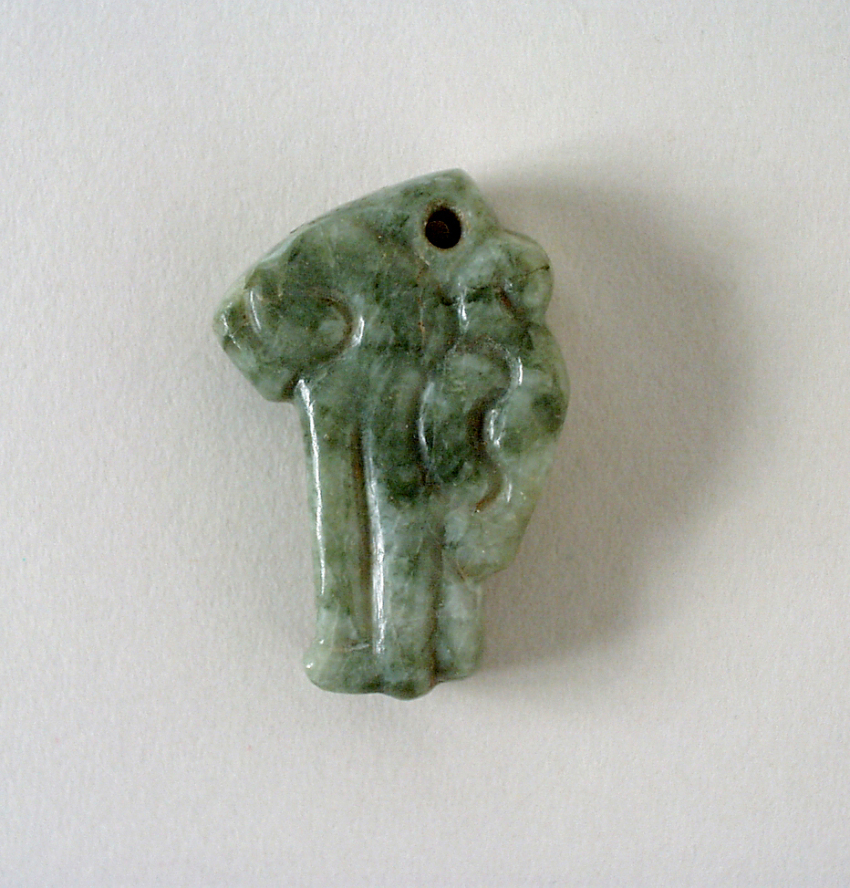 Does Jade Symbolism Cover Both Jadeite and Nephrite?

Throughout human history, people have worked both jadeite and nephrite materials. The Chinese, Maori, and Meso-American cultures, in particular, prized jade and excelled at creating amazing pieces from it. When the Spaniards arrived in Mexico, the Aztecs valued jade many times more than its weight in gold.

Although the gemstone we call jade actually encompasses two distinct minerals, jadeite and nephrite, they share a similar appearance and toughness. Not surprisingly, the legends and lore these properties inspired apply to both types of jade. However, traditionally, Chinese and Maori jade folklore developed around nephrite. Meso-American jade folklore developed around jadeite. 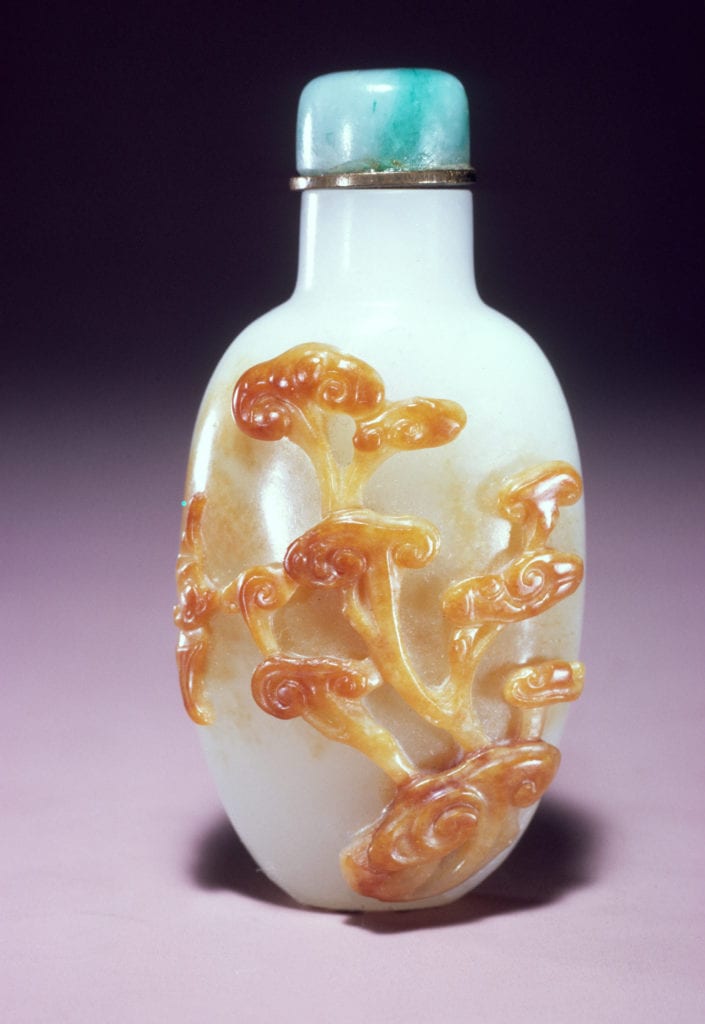 Jade’s toughness and musical properties have even made it into an old gemological saying.

If you take a hammer and hit a diamond, the diamond will shatter into a dozen pieces. Hit a piece of quartz and it’ll split in two. However, if you hit a piece of jade, it’ll ring like a bell!

Artisans have created chimes, xylophones, and gongs from melodically resonant jade. They’re not only meant for pleasant listening. Some also use these instruments to produce “heavenly” tones for ritual practices. Chinese poets have compared jade’s melodious sound to the voice of a loved one. They’ve called jade “the concentrated essence of love.” 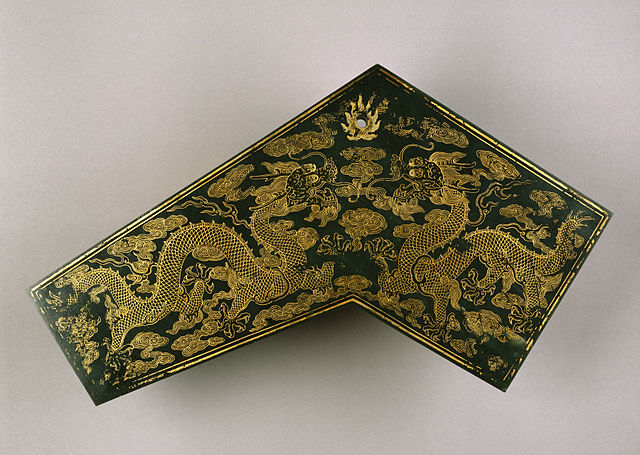 Nephrite and gold chime, from an Imperial Chinese set, 1764 CE, from the collection of the Walters Art Museum. Public Domain.

The Jade Hei-Tiki of the Maori

The Maori people of New Zealand made full use of jade’s durability. They fashioned tools, weapons, and ornaments from it and passed these down through generations. The cherished heirloom pendants known as hei-tiki were carved from green gemstones the Maori called pounamu. Most of these stones would be classified gemologically as nephrite, but some are bowenite, a non-jade stone.

When a family required a new hei-tiki, they engaged a tohunga, or wizard, to locate raw jade. The tohunga would lead a hunt to an area where they could find it. After going into a trance to contact ancestral spirits for help, the wizard would invariably find jade where the spirits indicted. The family named the newly found jade after the man whose spirit helped locate it. The natural shape of the stone largely determined the hei-tiki’s final form. A stoneworker would slowly work the piece to reveal the shape of the spirit inside. The Maori highly revered and carefully guarded these ancestral spirit objects. They believed the hei-tiki helped and guided the family.

If a family was dying out, the family’s last male member would be buried with the hei-tiki, to guard it from strangers. Family heads would also have their hei-tiki pendants buried with them. Afterwards, when the coast was clear, their nearest male relatives would return and retrieve the heirlooms. Thus, the ancestral spirits could continue to guide their families.

This succession of burials and retrievals certainly added to the mystique of the hei-tiki. While many cultures fear their dead, the Maori considered them a great source of aid. The wisdom of their ancestors lived in these jade pendants, waiting in the grave to rejoin their families again. 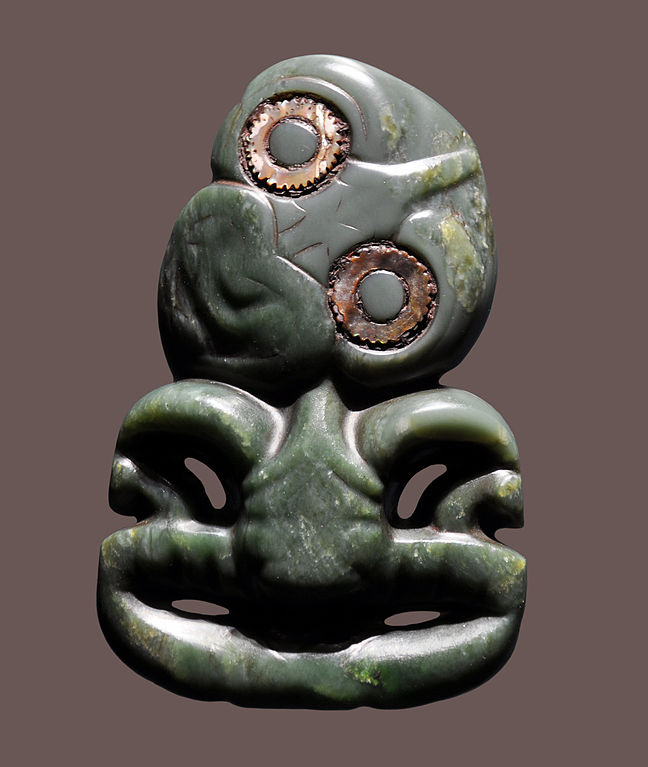 Other cultures also viewed their dead as a source of wisdom, like the Maori. Some also buried their jade with them. The Ancient Egyptians, Meso-Americans, and the Chinese usually placed jade in the mouths of their departed. Most often, they used green stones, meant to represent the heart. (An interesting note: in the ancient chakra system for describing body energy, green represents the heart chakra).

Although most people commonly associate jade with green, it’s hardly the only color of jade, whether jadeite or nephrite. However, it was THE color to use for the dead.

In China, during the Han dynasty (206 BCE-220 CE), mourners often placed jade pigs in the hands of the deceased. They also used jade cicadas, symbols of cyclical resurrection, as tongue amulets to protect the body from decomposition. During the Shang dynasty (1,600 BCE-1,046 BCE), Chinese rulers used a three-legged wine vessel made of jade, called a jue, to make offerings to ancestral spirits. Jade chimeras, winged and horned feline monsters, were set in tombs to protect the deceased from evil spirits and desecration. 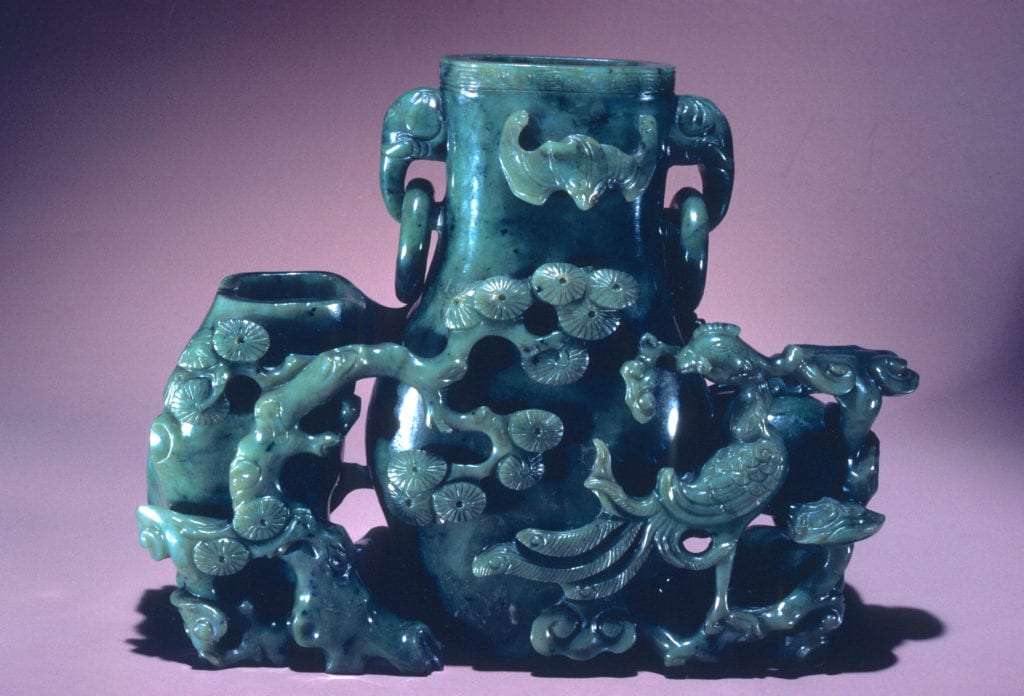 The Virtues of Jade

A medicinal cult arose around jade in Ancient China. People believed mixing powdered jade with water produced a panacea to strengthen the body and prolong life. If ingested just prior to death, this mixture supposedly even delayed the decomposition of the body.

Confucius described the Chinese love of jade by comparing its qualities to the virtues of a gentleman, “esteemed by all under the Sun.” Xu Shen, an ancient Han scholar, listed the five virtues of jade in his Great Dictionary as “charity, rectitude, wisdom, courage, and equity.”

Jade use and reverence in China dates back to Neolithic times. For example, one of the earliest forms of the ideograph for “king” appears to be the symbol for a string of jade beads. Suffice to say that one of the gates in the Great Wall of China is named the Jade Gate. Caravans of camels bearing jade trekked two-thousand miles, over as many years, bringing jade to Chinese artisans. They worked this stone into huge sculptures as well as tiny, delicate ornaments. However, so great was the demand that jade carving became very specialized. Finding someone who could create both large and small carvings was difficult.

Jade symbolism includes associations with nobility and wealth. Many consider it a protector of generations, living and dead. Jade has been and always will be the “Gem Supreme” and the “Jewel of Heaven,” stone of the heart. 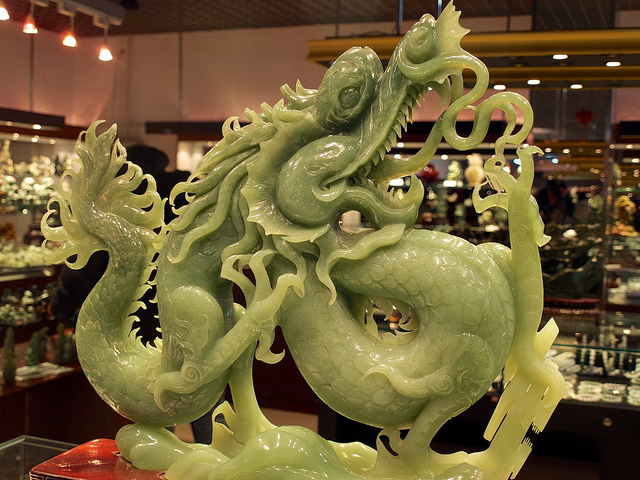 Jade sculpture, photo by Jennifer Gergen. Licensed under CC By 2.0.

Is Jade a Birthstone?

For people looking for alternative birthstones, jade is also the hour stone for those born between 9 and 10 PM. 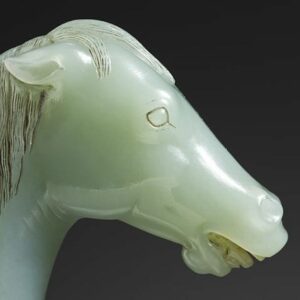 Nephrite is one of the two distinct minerals commonly known as jade. While nephrite doesn’t match the variety or the fine green colors found in jadeite,…