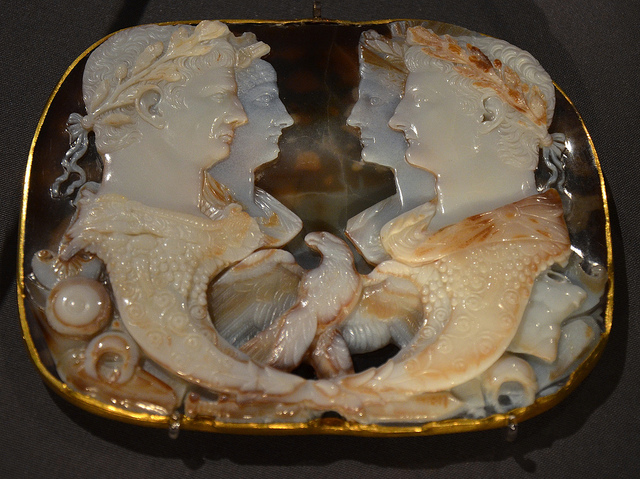 The black-and-white layered variety of chalcedony has acquired a somewhat sinister reputation. In fact, onyx symbolism is replete with connections to bad luck. In Arabic, black onyx is known as el jaza, which means “sadness.” A manuscript from 1875 notes that in China, slaves and menial servants mined onyx. Nobody would willingly touch or own this gem for fear of bad dreams, misfortune, and loss of energy. Although merchants couldn’t sell onyx in China, they brought it west and sold it to the unwary there. (Of course, this profitable trade suggests it wasn’t all that detrimental to business). 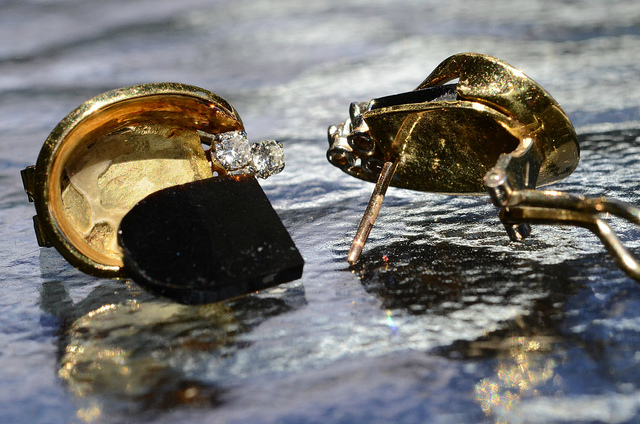 “In Need of Repair,” onyx earrings, by slgckgc. Licensed under CC By 2.0.

With such a reputation, what then was the appeal of this gem material?

Well, wiser mystics and alchemists knew it resided not so much in the stone itself as in the user’s mind. They had no doubt onyx had depressing qualities. But what did it depress? In 1560, noted mathematician and astrologer Girolamo Cardano wrote that, in India, onyx was used to cool love’s ardor. That’s a form of depression, for sure.

Other writers on gems and mysticism have also noted this purported quality of onyx. Scott Cunningham describes onyx as useful for temporarily dampening the sex drive or containing energy of any kind. This “energy” could even include a spirit. Onyx stones have long been associated with captured demons or imps. (Almost like a genie trapped in a bottle? Hmmmmm). Cunningham notes that diamond’s sexy sparkle makes the perfect foil for the depressive onyx. (They look good together, too). 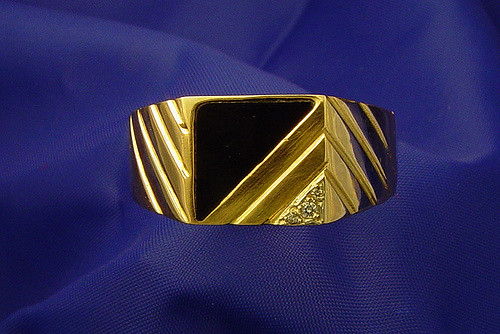 “Black Onyx and Diamond Ring” by Mark Somma. Licensed under CC By 2.0.

In ancient times, people used the red-and-white variety of onyx known as sard or sardonyx to counteract dark onyx. This red hue of this gem served as an antidote for melancholy and the bad dreams onyx could bring.

The Bghai tribes of Myanmar kept spirit statues of stone in their homes. They fed these spirits offerings of blood to sate them and keep them from feeding on their families. The Bghai carved many of these statues from onyx.

Despite onyx’s negative associations, cultures all over the world have created beautiful jewelry pieces and other objects from this material. For example, the celebrated Amber Room of St. Petersburg, Russia contained mosaics made from marble and onyx. The Ancient Greeks and Romans also carved stunning cameos from onyx as well as sardonyx.

Today, you can find jewelry pieces that showcase onyx’s “basic black” beauty as well as assembled stones that include onyx backings. 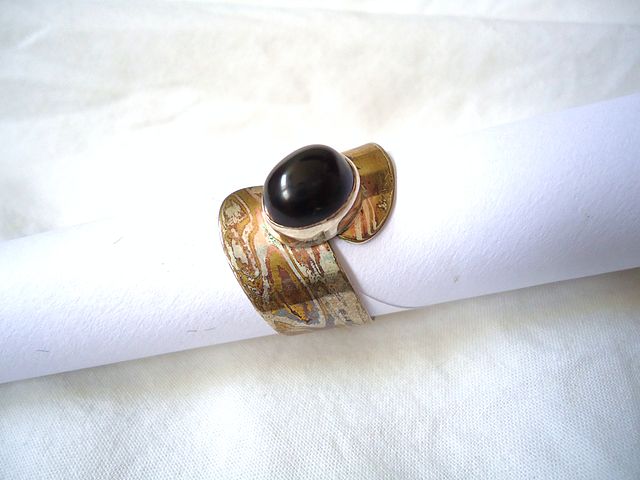 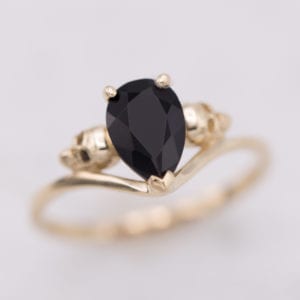