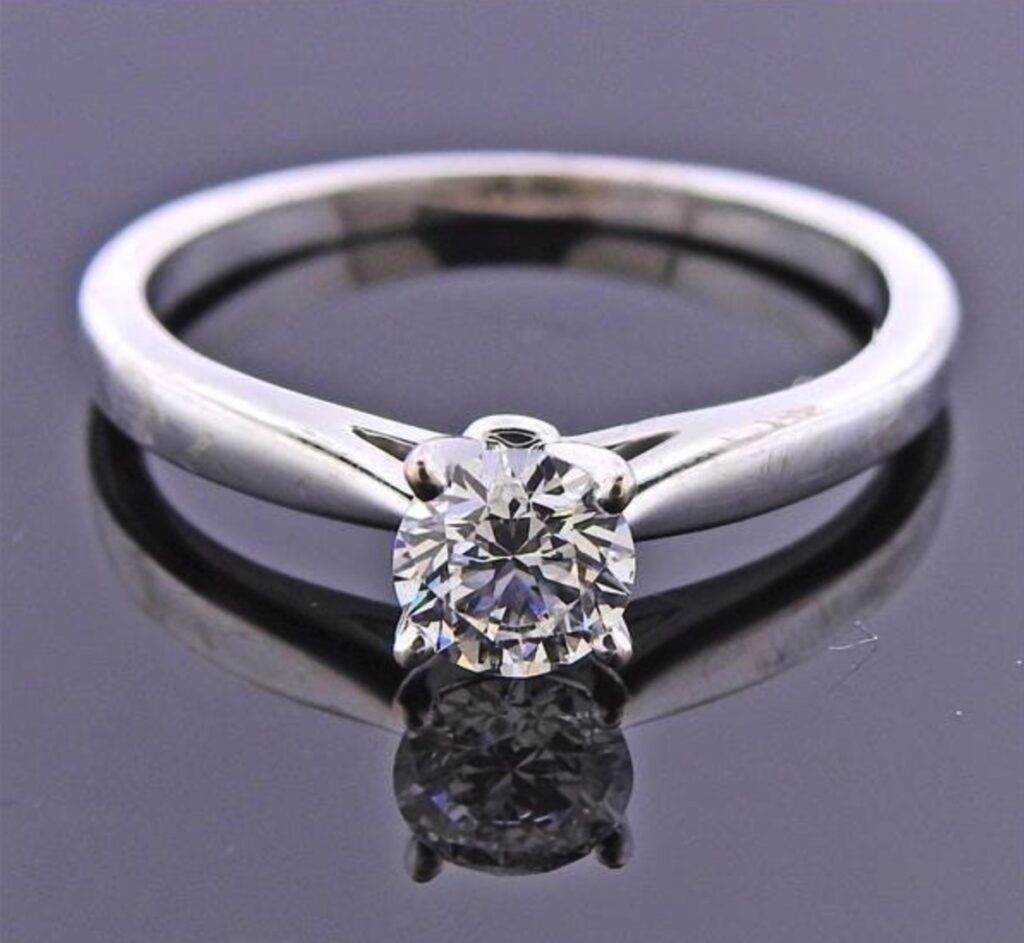 Grading Lab-Grown Diamonds: An Introduction to the Four Cs

Save Money on Your Jewelry With These Sales and Coupons * See website for exclusions and restrictions.
Today, lab-grown or synthetic diamonds are evaluated by the same grading standards used for natural diamonds. All diamonds can receive precise grades for color, cut, clarity, and carat. Let’s review the classic Four Cs of diamond grading.
By Amanda Butcher 8 minute read

Who Created the Four Cs Standard?

Robert M. Shipley, the founder of the Gemological Institute of America (GIA), developed the Four Cs system in 1953. This was an effort to create a uniform and objective standard for gemologists and jewelers to use for diamond grading and pricing. Although there are other grading systems in use today, the GIA system is the most widespread.

Although the GIA promoted the Four Cs system, they wouldn’t grade synthetic diamonds at all for quite some time. The GIA only began grading lab-grown diamonds in 2007. However, these reports differed from those prepared for natural diamonds. They only gave approximate ranges for color and clarity instead of specific grades. In 2020, the GIA began to grade lab-grown in the same manner as natural diamonds, offering full grading reports for both.

Who Can Grade Lab-Grown Diamonds?

Currently, many major gem labs can grade lab-grown diamonds. These include the American Gem Society (AGS), the GIA, the International Gemological Institute (IGI), HRD Antwerp, and the Gem Certification and Assurance Lab (GCAL).

The GIA isn’t alone in recently changing policies toward grading lab-grown diamonds. The AGS had stopped grading synthetic diamonds in 2013, citing a lack of demand. However, they have resumed grading these stones in August 2020.

During the years the AGS and GIA didn’t grade or fully grade synthetic diamonds, the IGI was the most frequent choice of consumers and jewelers for lab-created diamond grading reports.

Although synthetic diamonds are produced in controlled lab environments, variations in their quality can still occur. Lab-grown diamonds aren’t “all alike.” Specific synthetic stones differ from other synthetics as well as natural diamonds. Of course, consumers want to know if they’re getting a fair price for the quality of the stones they wish to purchase. Grading reports can help them make informed choices.

As the recent decisions of the AGS and GIA suggest, consumer demand for synthetic diamonds has increased. Long-standing perceptions of lab-grown diamonds as “cheap” or “fake” are also changing. Younger consumers in particular find synthetic diamonds appealing, not simply for their lower prices but also as more ethical and sustainable alternatives to natural diamonds.

With consumers looking for guidance for buying synthetic diamonds, gemologists and jewelers must become familiar with grading lab-grown diamonds.

Lab-grown diamonds come in white or colorless as well as fancy colored varieties.

In the GIA color grading system, the color of all colorless diamonds — synthetic or natural — is graded on a scale of D to Z. This scale measures how colorless they are. The closer a stone comes to colorless, the higher the grade. The more yellow or brown tint a stone shows, the lower the grade.

Gemologists typically use color masters — either a set of master stones or a colorimeter — to assign a specific color grade (not just a color range) to colorless diamonds. Distinguishing color grades simply by sight is quite difficult, even for experts. Try the impossible diamond color quiz and see for yourself.

In the GIA color grading system, the color of all fancy colored gems — synthetic or natural — is graded on a different scale than that used for colorless diamonds. “Fancy colored” means diamonds that show more color than just a yellow or brown tint — these are fancy yellow or brown — or that show any other color, such as blue, pink, red, or green.

Fancy colored diamonds are graded based on their hue, tone, and saturation.

Tone and saturation are combined into a description known as “color level.” These range from the lightest, Faint, to Very Light, Light, Fancy Light, Fancy, Fancy Intense, Fancy Vivid, Fancy Dark, and Fancy Deep (the darkest). Stones are then described as “Fancy Yellow” or “Fancy Dark Blue,” for example. 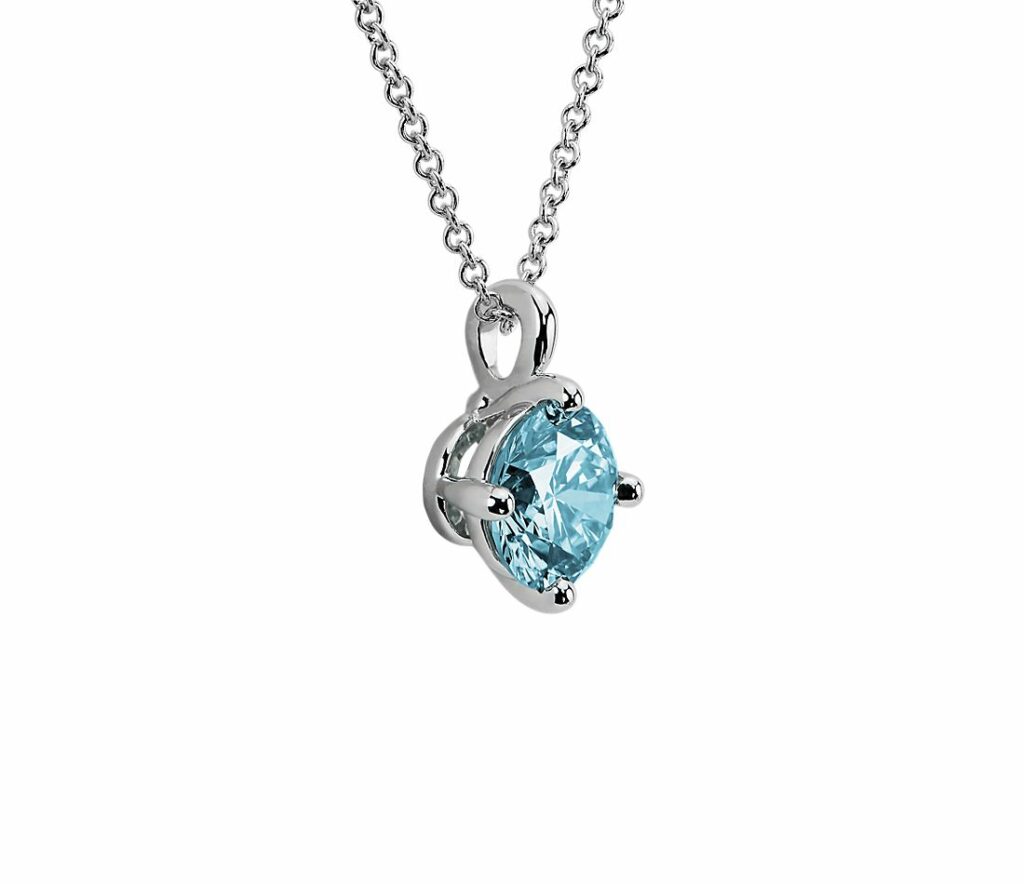 Diamond cutters can cut lab-grown diamonds just like natural diamonds, using the same tools and processes. Since synthetic rough is more uniform in shape and contains fewer imperfections than natural rough, cutters can usually cut better stones from synthetic rough. They can more easily choose a cut to maximize the stone’s fire, brilliance, and scintillation, without having to compromise because of physical limitations with the rough.

Round cuts receive grades of either Excellent, Very Good, Good, Fair, or Poor. Diamonds with an Excellent cut will appear the brightest and have the most even patterns. Those with lower grades will appear dimmer and may have dark or uneven spots. (This brief article can serve as an introduction to diamond cut grades).

In 2002, the GIA introduced a modern method for grading colorless diamond rounds, which relies on instruments for making very precise measurements. The traditional method relies on sight estimations and remains useful, especially for quick evaluations away from a lab setting.

Fancy cuts for diamonds are any non-round cuts. Examples include the princess, cushion, and emerald cuts. For either synthetic or natural diamonds, grading fancy cuts requires a different approach than that for diamond rounds. Techniques for evaluating fancy cuts rely more on subjective judgement of a stone’s look and performance than precise measurement. Our articles on various fancy diamond cuts and shapes can help guide your evaluations.

Round cuts are well-suited for showcasing the fire and brilliance of colorless diamonds. They also have a classic look. On the other hand, fancy cuts can better highlight a stone’s color and offer a wider range of styles for jewelry.

Please note, although the term “fancy” is also used to describe colored diamonds, fancy cut diamonds can be either colorless or fancy colored. 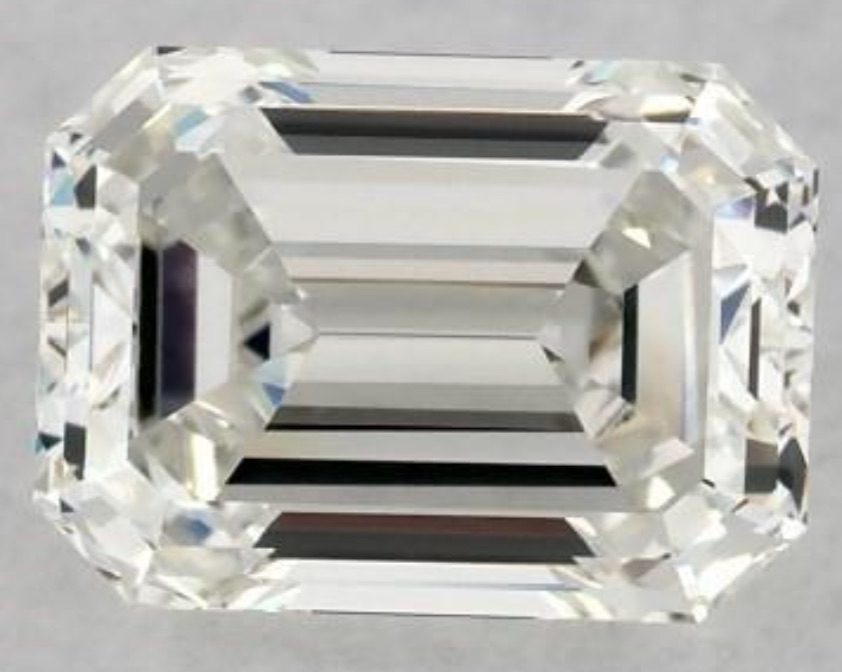 Unlike natural diamonds, lab-grown diamonds form under controlled conditions. Thus, they’re much more likely to receive higher clarity grades than natural diamonds. However, they can still contain inclusions which may affect their grade. Some of these inclusions may even help identify the stones as synthetics.

Lab-grown diamonds created using high pressure/high temperature (HPHT) often contain small, metallic inclusions left over from the metallic flux used to transport the carbon gas onto the diamond seed. Although usually visible only under magnification, they can still impact clarity. Similarly, lab-grown diamonds created via chemical vapor deposition (CVD) can also contain black spots or inclusions made of graphite, which sometimes form around the diamond seed as it grows.

In the GIA clarity grading system, clarity covers anything that affects the free passage of light through the stone. All diamonds — synthetic or natural — are graded with the same system. Grades are assigned after examining diamonds under 10X magnification and noting the number, relief, and placement of inclusions. 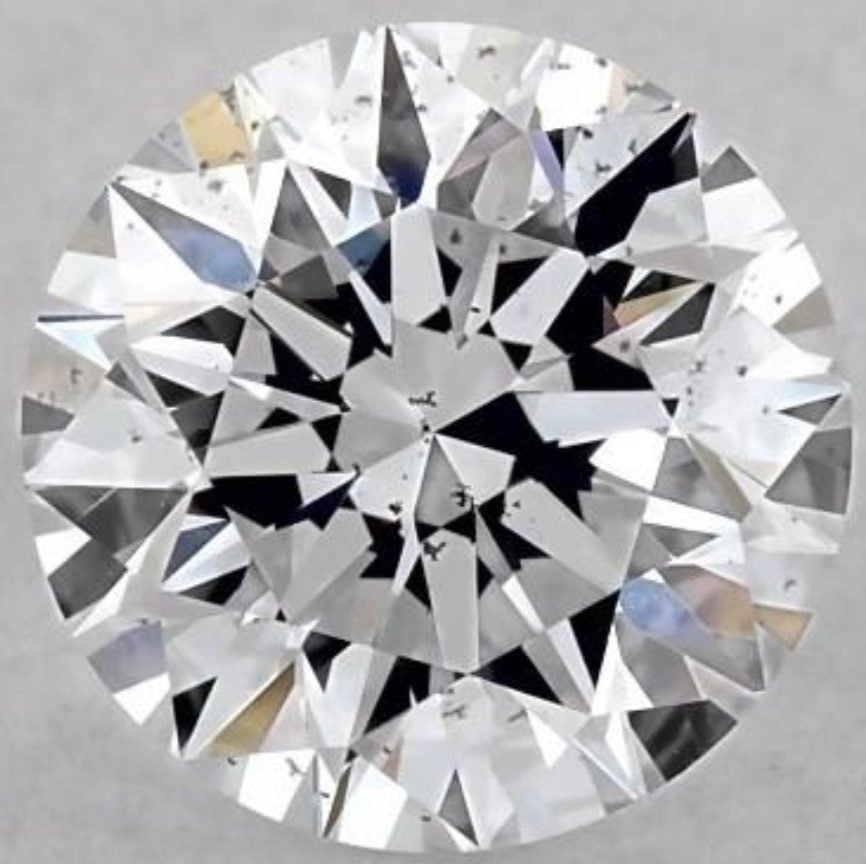 Lab-grown diamonds can reach large carat weights comparable to those of natural diamonds. Synthetics with weights between 1 and 3 carats are popular with consumers because they’re more affordable compared to natural diamonds of similar weight and quality.

HPHT diamonds can grow up to 10 carats, with the largest ever reaching 15 carats. CVD diamonds can grow as large as 6 to 9 carats. Of course, lab-grown diamonds of this size are rarely offered for sale, since growing stones of this carat weight takes significantly more time and energy. 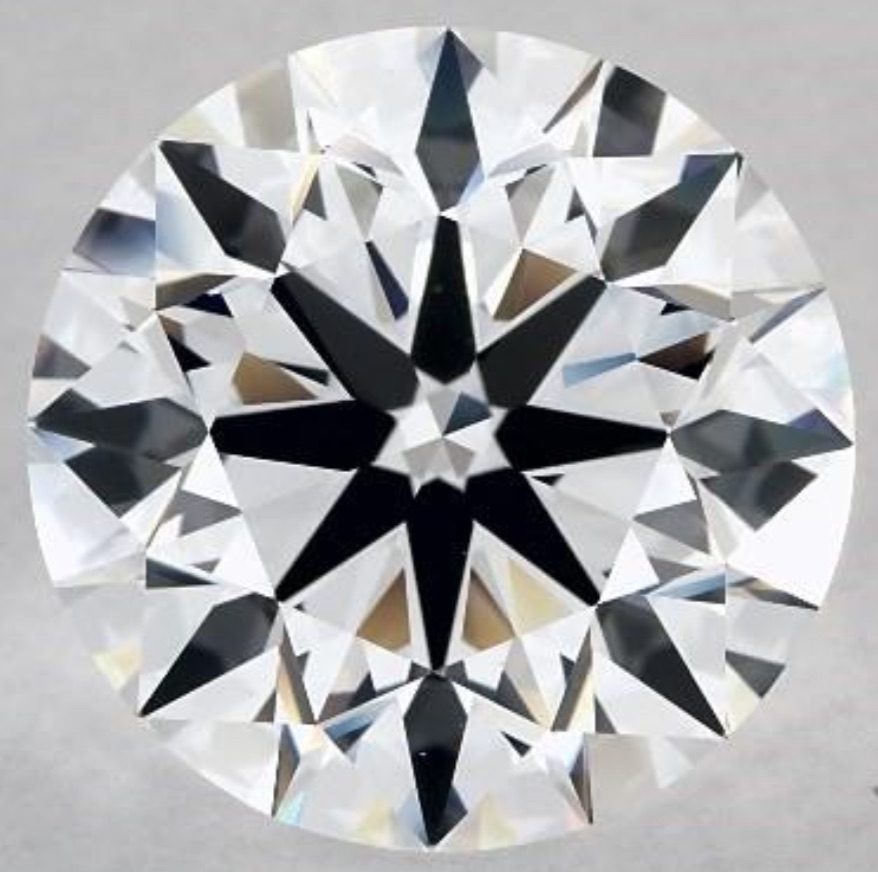 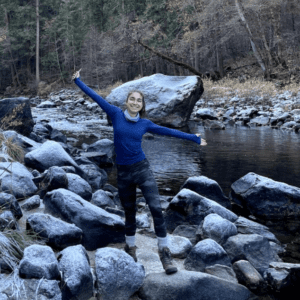 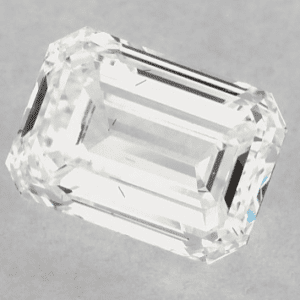 Does the GIA Grade Lab-Grown Diamonds?

Which engagement ring style is right for you?

Finding your dream ring just got easier. Take our free quiz and figure out your engagement ring style today!