by Fara Braid , International Gem Society
Sapphire symbolism encompasses diverse subjects in many cultures. Traditionally, people have prized these gems for their celestial blues and violets. These beautiful colors have helped the stone garner many mystical associations. However, you can actually find the beautiful September birthstone in any color, except red.
By Fara Braid , International Gem Society 4 minute read 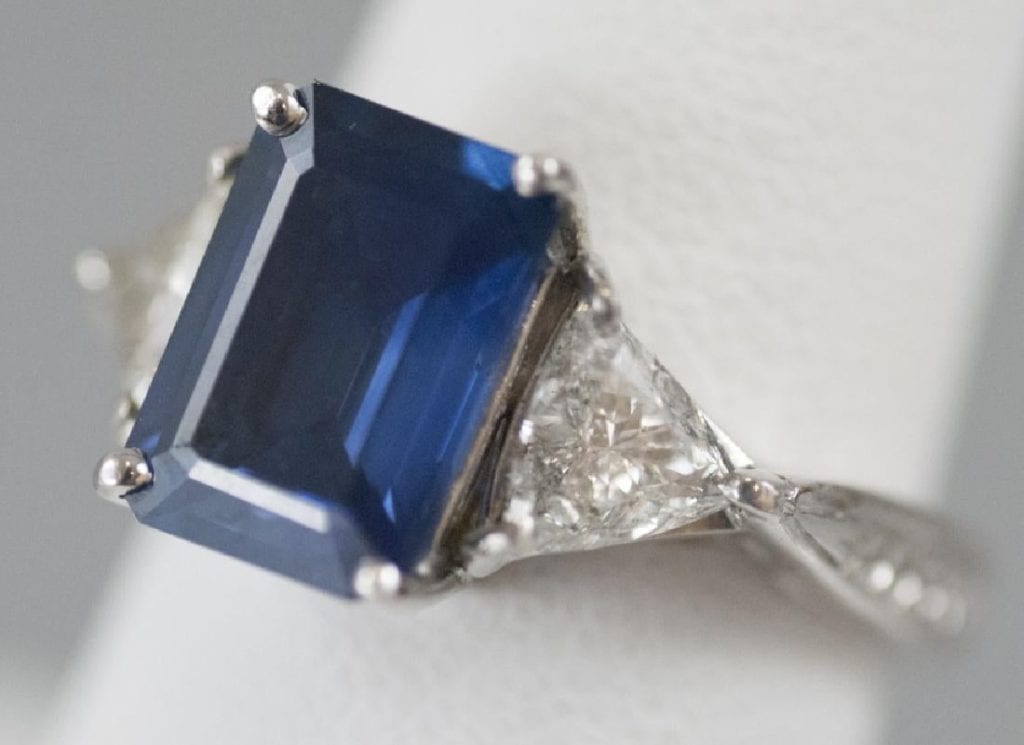 What’s the Real Color of Sapphire?

Both sapphire and ruby belong to the corundum mineral family and share exceptional hardness and durability. Both make excellent jewelry stones. However, by gemological definition, gem-quality red corundum is ruby. Gem-quality corundum of any other hue, including colorless, is considered sapphire. 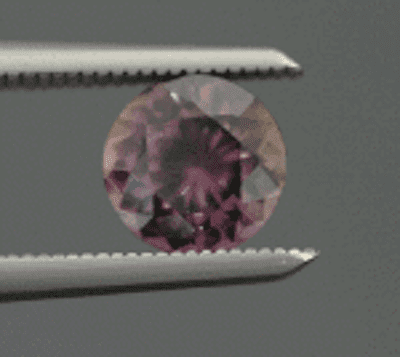 So, if sapphire symbolism appeals to you, you can indulge a wide range of colors or stick to traditional blues. 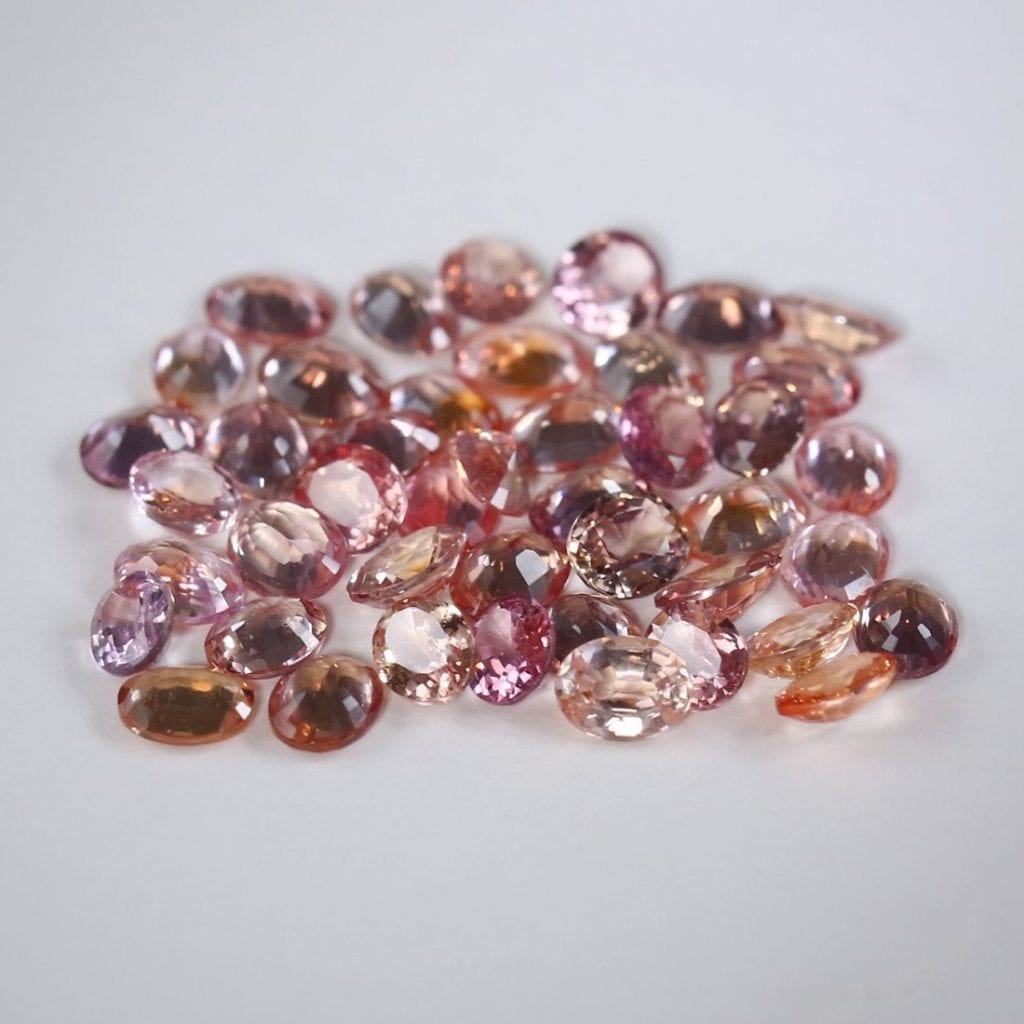 Padparadscha, a pinkish orange that can be difficult to define, is another popular sapphire color. 16.57-ctw lot of padparadscha sapphires, Madagascar. Photo courtesy of liveauctioneers.com and Kissing Auction.

The Ancient Greeks associated sapphire with Apollo. Petitioners often wore the gem while consulting oracles, such as the one at Delphi. Supposedly, sapphire taps the power of the “third eye” and makes clear oracular pronouncements otherwise too difficult to hear or understand. Necromancers sought this stone for its purported ability to influence spirits. 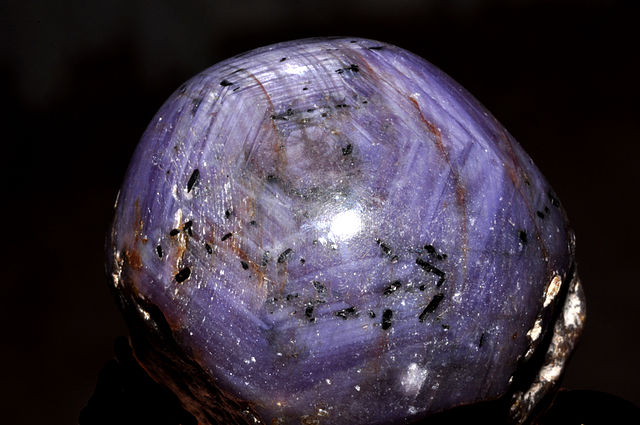 Royalty often wore sapphires for dual purposes. Not only did the stone reputedly attract wealth, it also purportedly protected the wearer from envy and infidelity. Traditionally, people attributed to this gem the power to bring harmony between lovers as well as peace between adversaries. In addition, sapphires were said to put one at ease in social engagements and banish fraud. Those involved in legal matters could benefit especially from the stone’s powers. Of course, provided they were innocent! 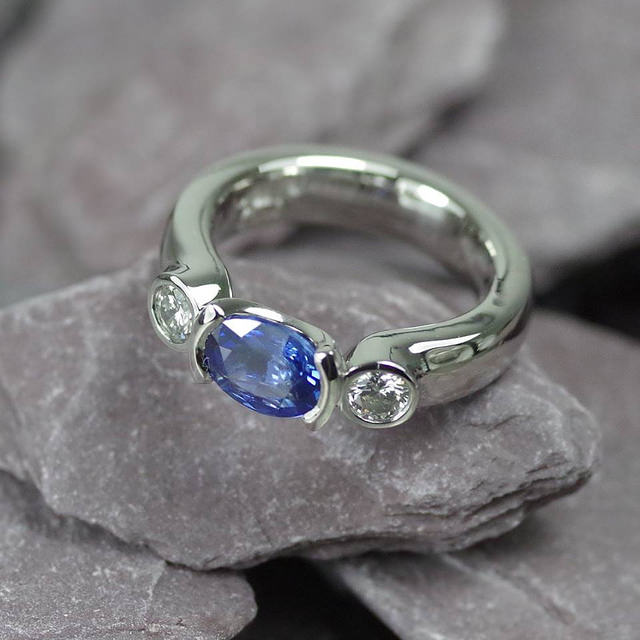 Silver eternity ring with blue sapphire and diamonds. Photo by Lorraine Hughes, jewelry by dotthejewellers.com. Licensed under CC By 2.0.

In times past, the belief that sapphires offered an antidote to poison was quite popular. Supposedly, the stone increased the wearer’s overall strength and health, thus warding off illnesses and nullifying poisons. Many believed sapphires aided healing.

An old rhyme about sapphires goes:

If on your hand this stone you bind,

You in Taurus born will find

‘Twill cure diseases of the mind,

In the Middle Ages, this healing power was ascribed especially for the eyes. Interestingly, this notion may have originated with an actual Ancient Egyptian remedy. In The Curious Lore of Precious Stones, the mineralogist George Kunz notes that the Egyptians may have used a copper oxide known as lapis Armenus in an eyewash. Its astringent properties may have helped certain eye conditions. However, this efficacious ingredient was later replaced with lapis lazuli, another blue material considered more valuable. By the Medieval Era, the supposed powers of lapis lazuli were transferred to another, even more valuable blue gem, the sapphire.

Keep in mind that many historical references to sapphires and their powers, including the sapphire in the breastplate of Aaron, may actually refer to lapis lazuli and its lore. 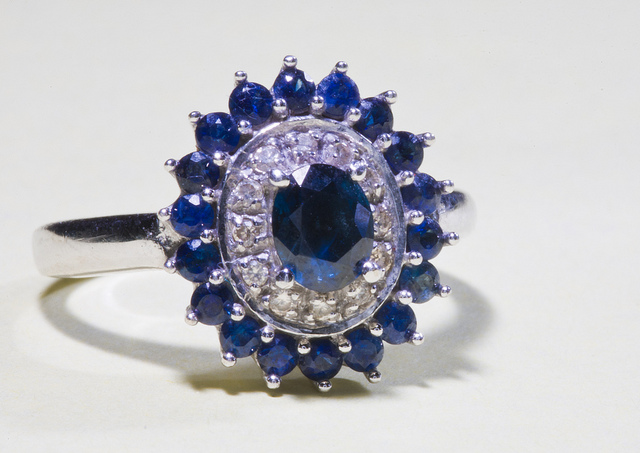 Sapphire ring. Photo by Alden Chadwick. Licensed under CC By 2.0.

For those seeking talismans, star sapphires surpass even regular sapphires in reputed mystical power. Such stones show a star created by inclusions within the gem, an effect known as asterism. The celebrated explorer Sir Richard Francis Burton traveled the Orient with a large star sapphire, known as an asteria. He found it brought him much luck, as the stone’s fame preceded him in his travels. Many believed simply viewing the talisman meant good fortune. Thus, it brought him prompt service and extra favors from those he visited. Aware of its prestige, Sir Burton rewarded those who displayed such courteousness by allowing them to view his talisman.

In the past, some Christians referred to star sapphire as the “Stone of Destiny.” They associated the star’s three crossbars with Faith, Hope, and Destiny. (Corundum star stones have three crossbars and six rays, while other species, like garnets, show stars with two crossbars and four rays). They used such talismans as travelers’ guides and as protection from illnesses and ill omens. Supposedly, the gems warded off the Evil Eye and scared away devils. Some believed the influence of asterias remained even if they left the wearer’s possession. 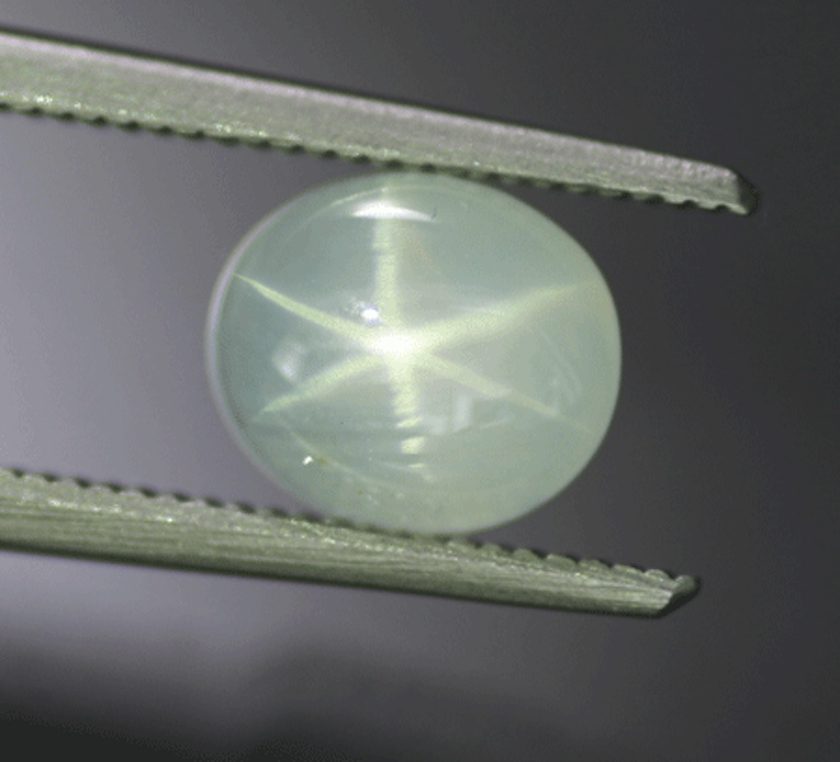 Few gems have held our attention over millennia as well as sapphire. The pure blue colors and excellent durability of this gem-quality member of…

Mermaid Sapphires: the Next Big Thing in Engagement Ring Stones

Mermaid sapphires are the rarest type of teal sapphires. Learn all about these blue-green gems that could soon become popular engagement ring…

Teal sapphires feature blue and green colors in a beautiful combination. Learn all about these gems and why they might be the next big thing in sapphires.…

Do white sapphires make good alternatives to diamonds? Compare their qualities and learn how to choose the right engagement ring stone for you.…

In a recent interview, Jeffery Bergman talks about his decades-long career as a sapphire expert and connoisseur and offers his advice for beginners.…